Christian Pastor E.W. Jackson is furious that the After School Satan clubs are allowed to exist — which is ironic considering the ASS clubs are a response to Christian “Good News Clubs” that meet at those same elementary schools.

Despite the fact that the ASS clubs meet after school, are completely optional, and require parental permission to attend, Jackson used the Satanic groups to argue that public schools ought to be preaching Christianity during the day. That means mandatory prayers and Bible readings.

You might be thinking that would violate the Establishment Clause — and you’d be right — but Jackson says it doesn’t matter because that rule only applies to Congress… even though public schools are an extension of the government. (He’s wrong.)

Not that people can disagree with him for legal reasons. If we challenge his thinking, there can only be one reason for it:

“They hate God, they hate any mention of God, they hate any notion of God. They hate Christianity,” Jackson said. “What they want to do is completely sanitize the country of the presence, the acknowledgement, the respect for almighty God and the church and the synagogue or anything that represents the God of the Bible.”

This concludes another episode of Christians Thinking Badly. Somehow, an optional, after-school, non-Christian club is cause for mandatory, school-day, Christian proselytizing.

It would never be allowed the other way around, but conservative Christians always think they’re above the law.

I asked Satanic Temple spokesperson Lucien Greaves what he made of Jackson’s comments, and he told me this:

Mr. Jackson does, in fact, provide a rather poignant commentary regarding American education, though not at all the one he intends.

The After School Satan Clubs (as well as various other campaigns of The Satanic Temple) are bringing the evangelical population face-to-face with what “religious liberty” actually means. We offer no apology for who we are or what we do or don’t believe. It is important to make it generally understood, unequivocally, that nobody’s religious identification (or lack thereof) is subject to the approval of any governing agency, and all deeply-held beliefs must be afforded equal respect in the eye of the Law.

And while one might be tempted, by a sense of good form or diplomacy, to respond to Mr. Jackson’s sense of persecution — demonstrated in the claim that we “hate God,” “hate any notion of God,” and “hate Christianity” — by assuring him that we merely value rationality and liberty, we should also be sure to always make clear that we do, however, reserve the right to love his god as much or as little as we like. And if we so choose to dismiss that god as a useless fiction, or decide to hate him too… well, that’s really none of his business at all.

By the beginning of the next school year, we will be prepared to offer the After School Satan Club curriculum to eligible volunteers who wish to present it in their local schools where Good News Clubs operate. Interested parties are encouraged to email info@thesatanictemple.com. 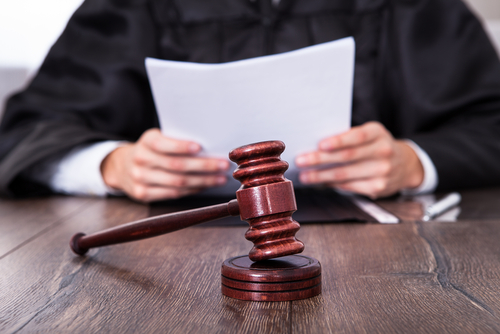 March 21, 2017
Judges Rule in Favor of Student-Delivered Christian Invocations at TX District’s Board Meetings
Next Post