Fill Out Your Bracket for the Most Anti-Church/State Separation Bills in America March 16, 2017 Hemant Mehta

The Secular Coalition for America is once again taking 16 state bills that promote religion through the government and pitting them against each other in a March Madness-like tournament to determine the “Worst State Bill” in the country. 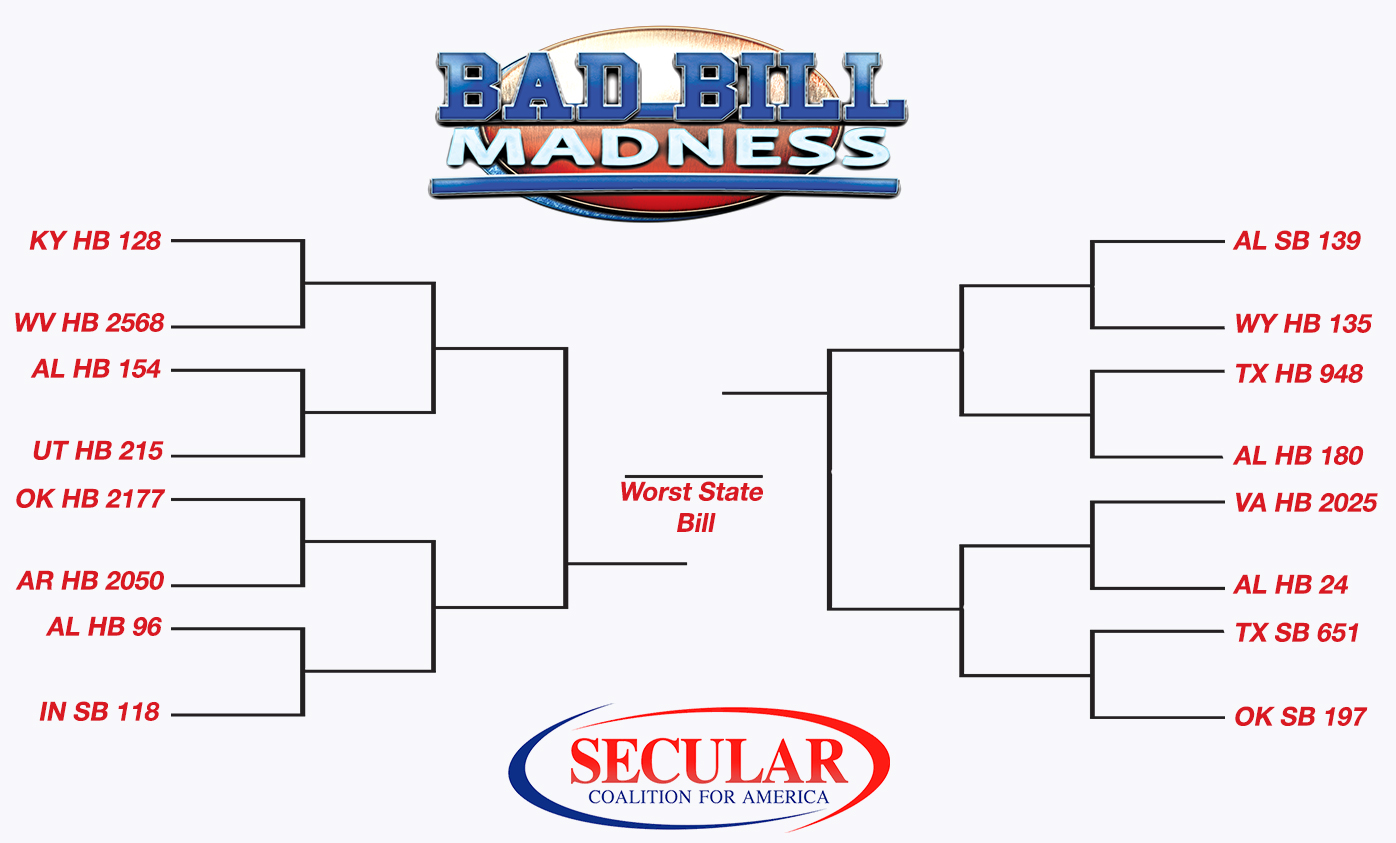 Alabama, HB 180: Would allow one specific Alabama church to operate and oversee its own police force.

Texas, SB 651: Would allow for sweeping religiously-based discrimination by licensed professionals, including nurses, therapists, and even public school teachers.

Last year’s “champion” was Mississippi’s House Bill 786, officially known as the “Mississippi Church Protection Act,” which would have allowed churches to create a security team with lethal power in order to kill possible intruders. Members of that team would then be “immune from civil liability” in case anything went wrong. (It passed.)

Obviously the whole point of this is to remind people that these are real bills being passed in certain states. If you live in the affected areas, you shouldn’t just vote. You should be emailing your representatives and lobbying in person if possible. Encourage them to reject these bills.

“The campaign is an opportunity to shine a light on the attacks against our secular government that are occurring at the state level,” said Larry T. Decker, Executive Director of the Secular Coalition for America. “Our goal is to inspire activism through education. Lawmakers know that their attempts to impose religious privilege are largely unpopular and success depends on pushing these bills through quietly. The Secular Coalition for America and its supporters will not allow this to happen. The Bad Bill Madness campaign is one of the ways we’re sounding the alarm.” 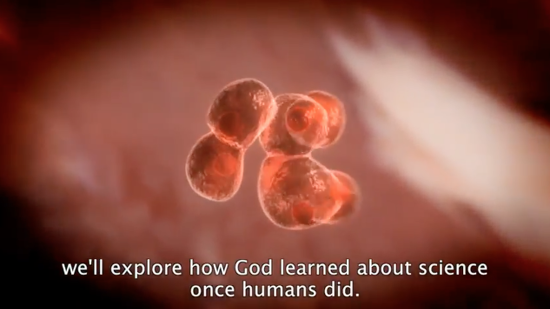