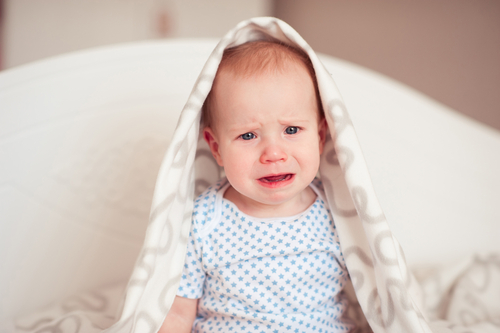 Here’s just one example of what we’re talking about:

Each of [Deborah Stokes’] day cares has been dogged by complaints of abuse and neglect. Workers said she hit children with flyswatters, locked them in closets or rapped them with rulers. She’s failed to pay so many employees that one reportedly slapped her in the face and another threatened to hurl a pickle jar at her, according to police reports.

She has been arrested multiple times, for crimes ranging from theft to child endangerment.

In total, Deborah Stokes has operated at least a dozen Christian day cares across southern Alabama. Every time she is chased out of town by furious parents, workers or landlords, she reopens in the next town over. In the process, she has collected at least $86,000 in taxpayer funding to run her day cares with almost no oversight.

Horrible, right? And she wasn’t an anomaly. There were roughly 80 religious childcare centers that were branded as religious, in some cases getting that branding “just days” after regulators shut down their previous (secular) childcare centers for crossing the line.

The solution here would be to pass legislation requiring all childcare facilities to be licensed, requiring them to meet certain standards with regards to basic health and safety measures.

And that bill, HB 277, is currently being discussed and debated in the Alabama House.

Conservative Christians, as usual, are furious. They see this as a violation of their religious freedom, because they think they should have the right to harm kids however they want.

The Eagle Forum of Alabama, a conservative group, framed its opposition as a First Amendment fight over the role of government.

“HB 277 at its core is government overreach into the most important private institutions in our state.”

This isn’t about religion. This is about child safety. The question is whether saying you’re a Christian facility allows you to get away with avoiding “criminal background checks and CPR training for staff, certain staff-to-child ratios and facility requirements like properly-maintained playground equipment.”

No one’s stopping these centers from indoctrinating kids however they’d like.

And, much like we see with anti-discrimination and faith-healing exemption laws, certain Christian are painting this as an intrusion on their liberty. Because they think their faith gives them a right to act reckless. Even when children are at risk.

This isn’t slippery slope legislation. Any childcare facility that meets the minimum safety requirements would be fine, regardless of religious affiliation. Why would you be against that unless you don’t give a damn about the children?

As we’ve seen, when these centers aren’t regulated, a lot of damage is done in the name of Jesus.

(Image via Shutterstock. Portions of this article were published earlier. Thanks to Jeffrey for the link)

March 15, 2017
Bus Driver Who Told Child That God Disapproved of His Two Moms Placed on Administrative Leave
Next Post