The Mission Viejo City Council in California has a history of promoting Christianity whenever they think they can get away with it.

In 2015, one council member lashed out against atheist Al Holguin and his wife when they didn’t stand during the Pledge of Allegiance. (Holguin used the public comments portion of the following meeting to defend himself.)

Last year, both Assistant Sheriff Don Barnes and City Councilwoman Wendy Bucknum appeared in their official capacities during a National Day of Prayer event. Bucknum even bragged about how the event was taking place “on city property.” (Sheriff Sandra Hutchens later apologized to the Freedom From Religion Foundation, assuring them it would never happen again.)

And now we’re learning that, during that National Day of Prayer event last year, the city allowed the Mission Viejo Christian Church to rent out a park, a school, and a generator for an entire day for the whopping sum of $25.

The issue isn’t that they rented the space to a church, but that they appear to have given them a massive discount. 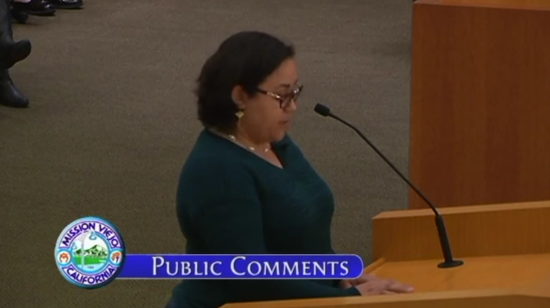 That video is remarkable to watch because it includes visuals (and a transcript is in the description).

In short, she explains that cost of renting out the local community center and field to non-profit groups usually comes out to $25 per hour for every 2,500 square feet of space.

The church rented 357,000 square feet — plus a spotlight generator — for their National Day of Prayer event for a total of $25. They should have been charged at least $3,570 per hour… for a grand total of $51,765 for the entire day. (And that doesn’t even include the generator.) Keep in mind that this particular NDoP event was exclusive to Christians — it’s not like leaders of other faiths were invited to participate.

The taxpayers lost out on $51,740 because a Christian church was getting a sweetheart deal from city officials.

As Jessica noted in her speech:

According to the tax code, churches are non-profit organizations, and therefore, do not pay taxes into our city, state or federal government. As such, it is unfair that they should be receiving special treatment and be allowed to rent out 357,000 square feet and a generator for only $25 total… for the entire day. It’s not the church’s fault; they are playing by the rules. But it looks like the City of Mission Viejo has changed these rules to benefit this church, and this event, exclusive to their own personal religious beliefs.

Holguin, who’s been involved in this process, tells me they have no plans to sue over what happened last year, but if it happens again this year, he’ll take action. The city has received ample warning — and he’ll warn them again in April. It’s up to city officials to decide whether this gift to the church is worth the losses they’d inevitably have to pay up in a lawsuit. 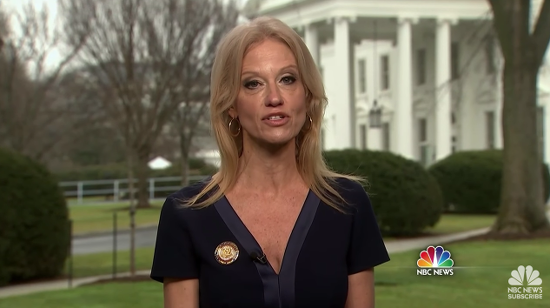 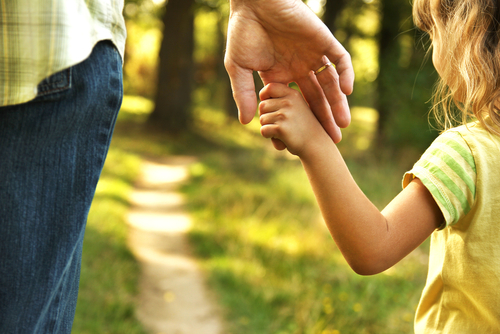 March 13, 2017 The Atheist Parent Challenge: Is It Indoctrination If You Steer Your Kids Toward Godlessness?
Browse Our Archives
What Are Your Thoughts?leave a comment