Did the first episode of Reza Aslan‘s Believer, a CNN series on religion, scandalize Hindus and fuel discrimination against them?

That’s what the Huffington Post and Religion News Service would have you believe.

HuffPo‘s Vamsee Juluri, who considers himself an expert on “Hinduphobia,” is in high dudgeon, claiming that Believer is “reckless, racist, and dangerously anti-immigrant.” 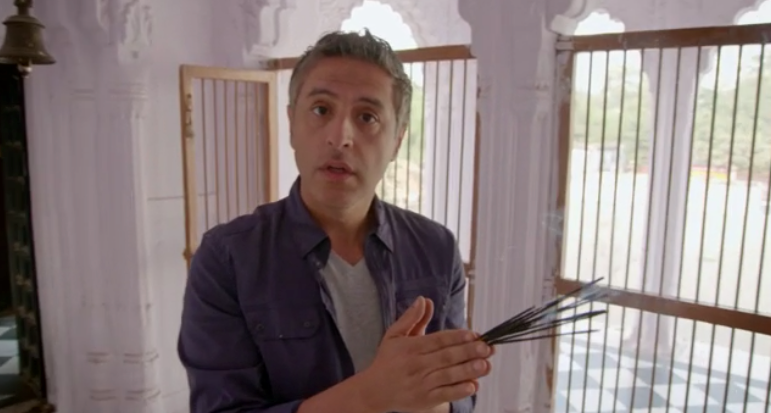 Writes Juluri, based on show promos he’s watched (not on, you know, the actual show),

In the last few days, three Hindus and one Sikh have been shot in America, two of them fatally. Threats and bomb scares are circulating widely. This is a time when other cultures should be humanized and depicted with care by the mainstream news media. And yet, CNN, for all its supposedly principled stand against anti-immigrant politics, is going to make Monday morning miserable and fearful for thousands of innocent people in America.

Incensed (ha!) by footage of corpses being ceremonially burned on the banks of the Ganges, Juluri accuses Aslan of ghoulish voyeurism

… towards the deceased and their families, [and] the total destruction of the culture of piety and respect that surrounds funeral rites.

The text in these promos spew total errors and lies as “facts,” misstating the meaning of the word “Ghats” (“a flight of stairs leading down to the river”) as “pyres,” depicting the whole city as a “giant crematorium,” and callously describing the poignant ceremony of loved ones immersing the ashes of those who have passed on into the sacred river as “dumping.” What sort of journalism is CNN doing? Or Reza, a renowned public commentator on religion and nice guy? And to whom on earth is the most sacred city of Hindus [Varanasi, TF] known as “city of the dead”? A complete hoax.

What promises to be even worse than the callous misrepresentation and dehumanization of a widely practiced tradition marking love to those who have gone is the episode’s planned focus on a fringe cult of extreme ascetics known as the aghoras. If the promos and reviews are any indication, American viewers from all over the land will be treated to a spectacle about bizarre, painted, ash-smeared, bearded men eating half-burnt corpses as a part of their spiritual practice.

I don’t exactly have a great deal of love for Aslan, but I find Juluri’s furious indignance comically over the top. If Aslan got the word ghats wrong, it is a pretty inconsequential mistake, not worth milking and turning it into the cudgel that Juluri gleefully constructs.

None of the Hindus shown in Aslan’s program are American immigrants, rendering Juluri’s feverish charge that Aslan is attacking immigrants a bit odd, as well as academic (though I acknowledge that stressing the “otherness” of non-Christian faiths can come at a peril).

As for Varanasi being a city of the dead, or not, that description isn’t a terrible stretch considering that hundreds of corpses are ceremonially consumed by fire in that locale every day — and that, according to legend, the funeral pyres near the banks of the Ganges have been set afire for three thousand years straight. That would translate to some 200-300 million dead worshipers having been burned to ashes in Varanasi alone. In that light, Juluri’s protests ring rather hollow.

(For more on how Varanasi disposes of its dead, here‘s a pretty great photo essay by photographer Michal Huniewicz. I don’t normally link to the godawful Daily Mail, but Huniewicz’s work there can stand on its own.)

Is Juluri at least right on how indefensible Aslan’s partial focus on the Aghori is? It’s more ado about nothing. Aslan literally explains that the Aghori are a sect, and that their faith is well outside of the Hindu mainstream. With that, he is free to profile them at some length, just as adventuresome TV chef Anthony Bourdain is doing his job when he eats, let’s say, cobra flesh in Guangdong, rather than a well-done T-bone steak in a ritzy hotel in Beijing.

Is there an element of sensationalism there? No doubt. Chasing ratings, Aslan, being the participatory journalist that he set out to be when he conceived Believer, purportedly has a bite of human brains served from a skull. I can’t say whether that was a proud moment for him, but the Aghori do practice cannibalism — a fact that, in the interest of truth-telling, shouldn’t be swept under the rug.

A bit to my surprise, neither man seemed to find any satisfaction or humor in what was, to me, an inadvertently funny scene in which an imposing Aghora sadhu yells at Aslan that if he doesn’t stop talking so much, the religion scholar will get his head cut off (ah, faith-based “morality” that inspires head-chopping — where have we heard that before?). It wasn’t the idle threat that tickled my ribs, but Aslan’s instant transformation into a small, cowed boy. In shock, he beckons his director and proposes in an anxious whisper that someone distract the sadhu so that he, Aslan, can escape intact. Watch the scene unfold here. 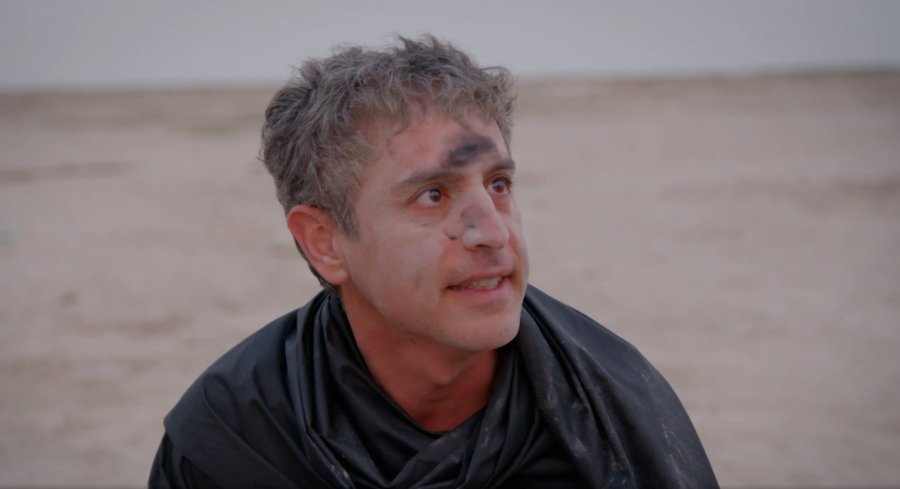 Meanwhile, atheist blogger and evolution professor Jerry Coyne is, like me, a bit baffled by the (macro-)aggression directed at Aslan.

Aslan is a whitewasher of religion in general and Islam in particular, so you would think that he’d be beloved of the Regressive Left. But then you’d underestimate their capacity for outrage and purity tests. … [I]t still amuses me that, try as he might, Aslan can’t satisfy some of his leftist critics.

The fact is that not all religious sects are lovable.

This is a key point, and a very good reason for thinking that Believer might benefit atheism. Aslan’s apparent propensity for shock-value footage and highlighting outrageous religious practices serve to underscore that religion is an often preposterous, laughable endeavor. Connections can easily be drawn — though I doubt that Aslan will dare draw them — between the death cult of the Aghori and the death cult that is Christianity. Yes, the Aghori eat pieces of human flesh, which is fairly horrifying. But it is also fairly horrifying that Catholics eat what they believe is the actual body of Christ when they consume the eucharist (the alternative term, host, is derived from the Latin hostia, meaning “sacrificial victim”).

The main reason why Christianity doesn’t strike Americans as deeply nonsensical and ghoulish is the same reason why mud doesn’t seem special to a pig.

Based on Believer‘s first episode, we can speculate that the remaining five shows, too, will make some religious adherents in the West begin to question just how sane their own chosen mythology and practices are. Here’s hoping.

March 10, 2017
Religious Right Activist: Evolution is a Hoax Because Only God Could Make a Skunk's Farts Stink
Next Post 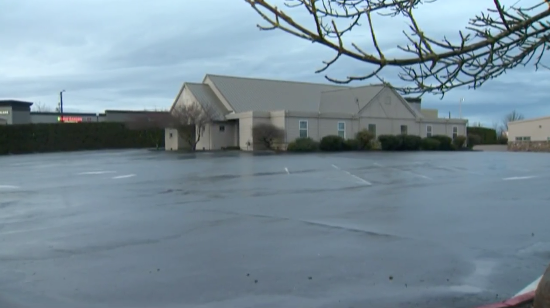