Pastor Speaks Out Against Texas Bathroom Bill: “Stop Using God As An Excuse To Hate People”

Credit where it’s due: During protests yesterday against a Texas bathroom bill that discriminates against transgender people, some of the most wonderful lines came from a Christian pastor.

Wynn wasn’t having it. The relevant portion is at the 27:15 mark below. 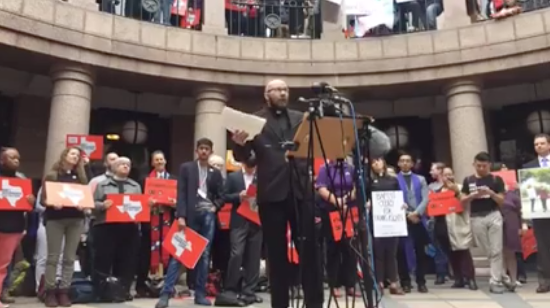 “We’re going to stop using God as an excuse to hate people,” Wynn said of the bill’s religious supporters, before paraphrasing author Anne Lamott. “If God hates all the same people you do, then you’ve created God in your image.”

His words are powerful… and they’ll almost certainly be ignored by the conservative Christians who make up the bulk of the Texas government. They worship a God who wants minorities to suffer, and they’ll lie about how this is all about “safety” when there’s no evidence at all to back up their claims.

We need more pastors like Wynn speaking out against this faith-based bigotry. Not because they understand God any better than conservatives do — saying a unicorn’s horn is brighter than people think still makes no sense — but because they show how you can be religious and pro-civil rights. People like Wynn deflate the power Christianity has to motivate anti-LGBT legislation. The more compassionate voices we hear from the religious community on these issues, the tougher it becomes for Christian bigots to get away with their prejudice. 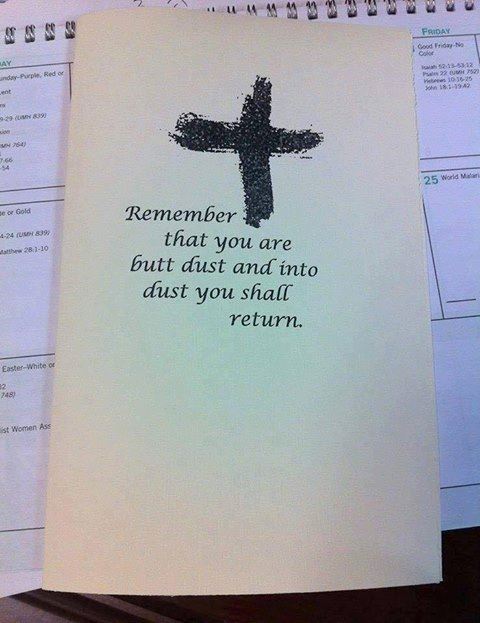 March 9, 2017
This Is the Least Uplifting Bible Verse I've Ever Read
Next Post

March 9, 2017 Iowa Legislator Who Sponsored Anti-Science Bill Is Parading His Ignorance of Evolution on Facebook
Browse Our Archives
What Are Your Thoughts?leave a comment