Pastor Greg Locke is the guy whose video about how much he hates Planned Parenthood has inspired many of you to donate to the organization in his name.

And now that Richard Dawkins, amused by that story, has encouraged people to give to Planned Parenthood “in this bigot’s name,” Locke is trying his best to capitalize on the notoriety.

A smarter man would’ve found a way to use Dawkins’ tweet to encourage Christians to give to an anti-abortion group.

Locke is not a smart man.

So he made another video with the goal of elevating himself. This time, he wants Dawkins to meet him for dinner. Why? Good luck figuring that out. But if the invitation is any indication, Locke thinks he can defeat Dawkins in a battle of wits despite being unarmed. 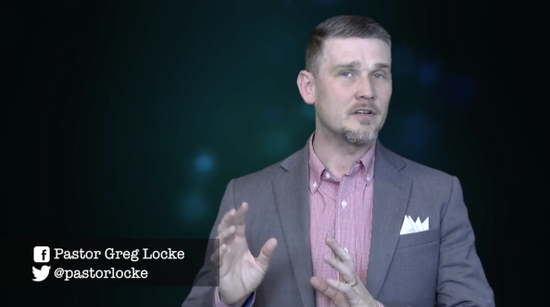 Now, Mr. Dawkins, I know that you are told to be the most scientifically educated well-read man on the entirety of the planet. So my next request should not be that difficult.

How about we have a steak? Maybe just a cup of coffee? It could even be on my nickel.

First of all, it’s Dr. Dawkins, you jackass.

And what invitation opens up by mocking the man you’re trying to invite? Dawkins would never call himself the most educated, well-read man in the world. He doesn’t think that about himself. Many of his books are all about the importance of curiosity because we don’t know everything.

I know you could probably talk multisyllabic, pseudoscientific words around me, and back me in a corner, and make me feel like the inbred toothless uneducated hillbilly that you no doubt think that I am.

Dawkins doesn’t have to say a damn word for Locke’s ignorance to shine through.

The fact that Locke is afraid of words with more than a single syllable is itself embarrassing (especially when you consider that Locke encouraged young people to purposely fail classes in which world religions were taught because they included lessons on Islam).

And why would the most “scientifically educated” man in the world use “pseudoscience”?

Dawkins isn’t the type of person to insult someone for speaking with a particular accent. That’s what ignorant people do. And that’s precisely what Locke is doing by making all these assumptions about Dawkins.

Maybe he should pick up a book other than the Bible every once in a while and learn something.

So it shouldn’t be very hard. But I have something that you don’t have: I have Romans 1:16, that I’m not ashamed of the gospel of Christ. For it — the Gospel — is the power of God unto salvation.

You may have book smarts, and you may have a lot of education, and a lot of “science” behind your name, but at the end of the day, I have the power of the gospel. So what would it hurt if we sat down and simply had a biblical, yet civil, conversation?

Why the hell is “science” in scare quotes…?

Locke talks about having the power of the gospel like it’s a shield against facts.

It wouldn’t hurt to have the conversation. It would just be a gigantic waste of time for Dawkins, who has nothing to gain from this. Just because Locke is hungry for attention doesn’t mean everyone else has to accommodate it.

So, yes, I may be a bigot, but how about we sit down and find out who’s right? Is it Richard Dawkins? It is Pastor Greg Locke? Or is it God?

Locke is a bigot. But not because he merely opposes abortion, but because he wants to make life more difficult for women who wants their basic health needs met. (And because he assumes transgender people are “perverts” and “pedophiles.” And because he can’t handle children learning about Islam.)

And there’s no need to sit down to figure out who’s right when every video Locke releases makes very clear that he’s dead wrong.

So go ahead and make another donation to Planned Parenthood.

This time, when you do it, let the world know using Locke’s preferred hashtag #DinnerWithDawkins. (As of this writing, no one’s using the hashtag other than Locke. His plan is clearly not working.) 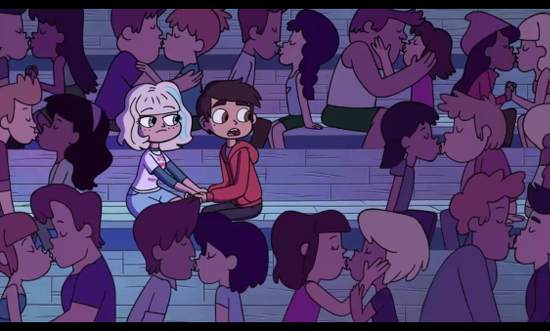 March 2, 2017 Iowa Bill Would Force Science Teachers Who Teach Evolution to Include "Opposing Points of View"
Browse Our Archives
What Are Your Thoughts?leave a comment