Pat Robertson: “Christians Need To Be Praying” to Protect Donald Trump From Witches

When we have certain Christians freaking out about Donald Trump and the binding spells that witches may cast on him, you know Pat Robertson had to get in on the action. 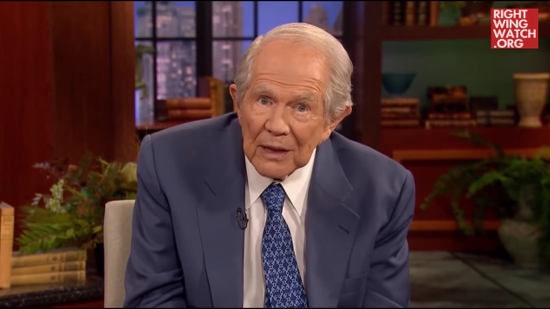 Robertson was responding to the sort of everyday question we all have:

My father is in a satanic cult. My son and I recently became Christians after seeing the power that this cult had. The cult has put curses on my son and I and the spirits have attempted to attack us. Can the spirits hurt us if we are both Christians?

Robertson had a different response in mind.

Robertson said the viewer must pray away the curses and “send those curses back where they came from.”

He also warned that witches are trying to put a curse on President Trump: “I read that a bunch of witches have gotten together to put a curse on Trump, and I think the Christians need to be praying for him to defend him,” he said.

Yes, because if one wizard yells “Expelliarmus” while another yells “Avada Kedavra,” Jesus is resurrected. Or something like that. It’s in the Bible. Trust me.

Co-host Wendy Griffith added that “probably millions” of Christians were recently in prayer “canceling out those curses by the witches.”

Just out of curiosity here, do Christian prayers and witches’ spells have a 1:1 ratio here? Because I would think Christians would feel pretty bad about themselves if witches were getting the same amount of power out of their curses as Jesus followers did with their shout-outs to God. I figured Christians would at least give their own prayers three times as much weight. If anyone has the accurate numbers on this controversial issue, I’d love to know more. 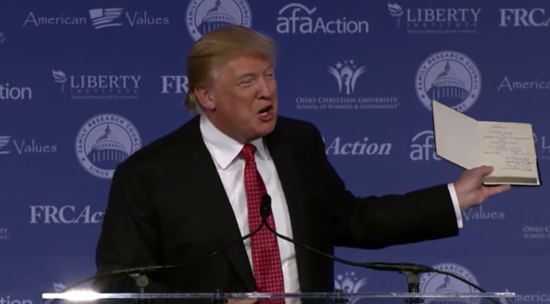 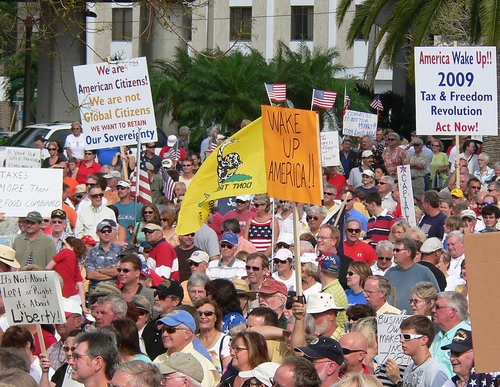 February 28, 2017 Former Evangelical Christian Explains How the Tea Party Pushed Him Further Away from the Faith
Browse Our Archives
What Are Your Thoughts?leave a comment