The Danish Man Who Burned a Qur’an Doesn’t Deserve To Be Punished for “Blasphemy” February 24, 2017 Hemant Mehta

A man who burned a Qur’an and posted video of his actions on a Facebook page has been charged with blasphemy in the theocratic nation of…. Denmark.

Even when a newspaper posted cartoons featuring Muhammad more than a decade ago, sparking violent riots by radical Muslims, no one was prosecuted for blasphemy. But one prosecutor is trying to make an example of “John Salvesen” after his four-minute video was posted back in December of 2015. (Not a typo.)

Perhaps the most surprising aspect of this whole story is learning that Denmark actually has a blasphemy law.

Denmark is one of only five countries in the European Union that has a blasphemy law on the books. Some say the case could lead to a rallying cry to abandon such laws once and for all.

“One might speculate that this is one more straw on the back of the camel, so that more politicians will be in the favor of abolishing the law,” said Per Mouritsen, a professor of political science at Aarhus University. Danes, he said, generally believe that “Muslims should be able to stand up to ridicule as much as Christians would routinely put up with, and that everyone should take a joke.”

“I’m not going to recommend people burn either Qurans or Bibles, but it’s a waste of public resources to spend time on such things,” Peter Kofod Poulsen, the [Danish People’s Party’s] spokesman for legal affairs, told Ritzau, a Danish news agency. “We have more important things to busy ourselves with in 2017 than to take people to task over burning books.”

The conservative Danish People’s Party isn’t one I’d normally support, but on this issue, they’re absolutely right. People should condemn the action all they want, but charging the man with blasphemy? That crosses a line far more than burning a book ever did.

A book, like a flag, is a symbol. Destroying one sends a strong message and certainly gets people worked up, but it ultimately hurts nobody. I’d much rather see people burning symbols than attacking actual people. It’s ironic, really, that the reaction to these incidents tends to be much more violent that the original action. So much for a religion of peace.

Several Humanist groups have already condemned the blasphemy charge (without expressing any kind of support for the Qu’ran burning itself).

“We condemn the use of ‘blasphemy’ laws in all circumstances. Around the world, accusations of ‘blasphemy’ can spark mass protests, the harassment of individuals, or even murder. ‘Blasphemy’ is a bizarre, fictitious notion as a crime and has no place in courts of law anywhere in the world.

“In Europe, since the Charlie Hebdo massacre, three countries have abolished their ‘blasphemy’ laws: Iceland, Norway and Malta. Denmark remains among the handful of European countries still to have a ‘blasphemy’ law on the books, and to start using it again now flies in the face of hard-won progress.

“The accused in this case is not a sympathetic figure and his actions may have be borne of bigotry. But the prosecutors here are spreading the toxic notion that governments should criminalize sacrilege, and should decide that some symbolic acts against religion as such should be suppressed and punishable. This is a regressive, outrageous violation of free expression.

“The answer to anti-Muslim bigotry, when that is what is going on, is education and understanding and dialogue. The answer is emphatically not to resurrect the state policing of religious acts and language.”

“Denmark should abolish the blasphemy law. We have freedom of religion and belief and it makes no sense to have a special protection of religions or worship. Imagine that we protected ideologies in the same way. In a secular democracy we should be able to tolerate utterances (and actions with no victims) that we dislike or disagree with and we should argue against them instead of punishing by law.”

The Center for Inquiry also “unequivocally condemned” the charge:

“The fundamental rights that allow a religious believer to freely profess the divinity of a holy book also allow someone else to defile that book, and still others to censure such an action,” said Michael De Dora, CFI’s main representative to the United Nations. “While the actions of the accused may be offensive and his sentiments ugly, real democracy is only possible with the freedom to criticize even the most deeply held beliefs.”

“Criminalizing displays critical of religions and other belief systems is incompatible with fundamental international human rights norms. We call upon the government of Denmark to drop these charges, repeal its blasphemy law, and set an example for other countries around the world,” said De Dora.

Here’s the silver lining to all this: Even if the man is charged with blasphemy, he’d spend, at most, four months in prison. However, it’s looking more like he’d get hit with a fine instead. So it could be worse.

But even a slap on the wrist would be the wrong way to handle this incident.

February 24, 2017
Citizens Revolt After Senator Comes to Town Hall Late, Then Prays: "They Booed the Name of Jesus"
Next Post 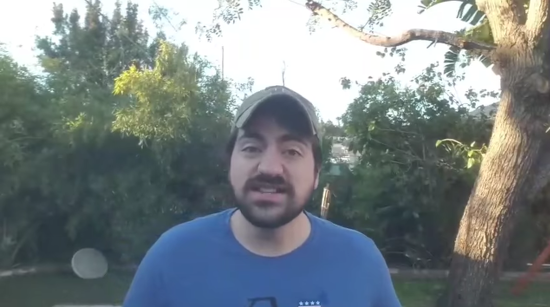