Citizens Revolt After Senator Comes to Town Hall Late, Then Prays: “They Booed the Name of Jesus” February 24, 2017 Hemant Mehta

Citizens Revolt After Senator Comes to Town Hall Late, Then Prays: “They Booed the Name of Jesus”

Here’s a suggestion to Republicans: If you’re going to be late to your own town hall meeting, especially after your constituents have been waiting for hours to ask you questions, don’t waste time when you finally arrive by praying.

That’s what Sen. Bill Cassidy did in Louisiana, and he was shocked to hear people criticizing him for it. 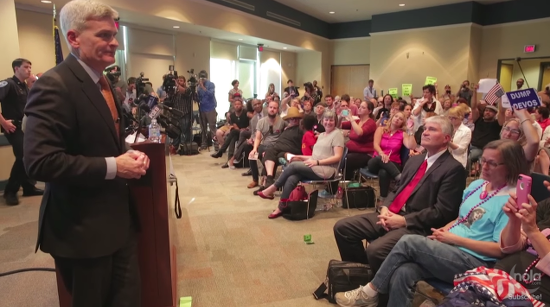 “Amen!” one man hollered just moments after Louisiana State Chaplain Michael Sprague began his prayer. “Let’s get on with it.”

“Pray on your own time,” another shouted, “this is our time.”

Cassidy never seemed to get rattled, but a little while after the rowdy exercise in democracy came to an end, the senator spotted Sprague in a hallway.

“Thanks for doing that, Mike,” Cassidy said. “Wow, they booed the name of Jesus.”

Damn right they booed the name of Jesus. They weren’t there for a revival. They were there to get their questions answered, and Republicans in Congress have a lot to answer for.

Beyond that, it’s foolish to pretend God will solve our problems when Republicans who have that kind of power refuse to do their jobs. 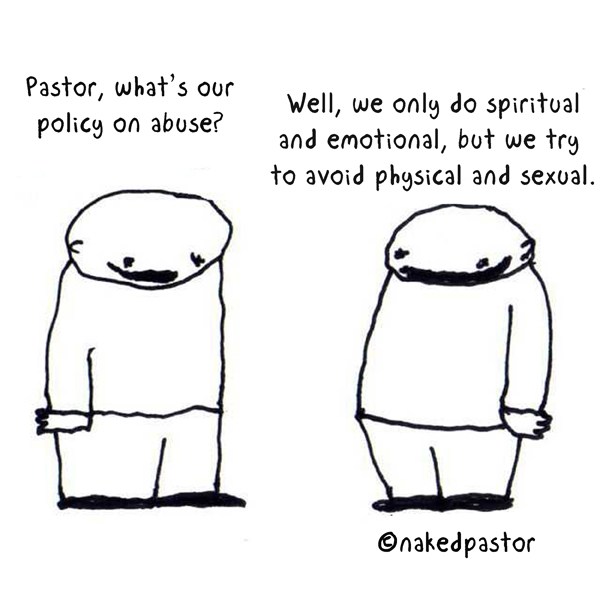 February 24, 2017 The Danish Man Who Burned a Qur'an Doesn't Deserve To Be Punished for "Blasphemy"
Browse Our Archives
What Are Your Thoughts?leave a comment