Dave Daubenmire: My Daughters Avoided Lesbianism By Not Being “Cropped-Haired Wide-Bottomed Girls”

“Coach” Dave Daubenmire, who recently said parents who allowed their kids to attend public school were sanctioning “spiritual rape,” is back with another absurd Jesus-approved comment.

This time, on his “Pass The Salt Live” webcast, he told his viewers how his daughters avoided becoming lesbians even though they were on a college softball team.

Because that’s an actual fear he had. 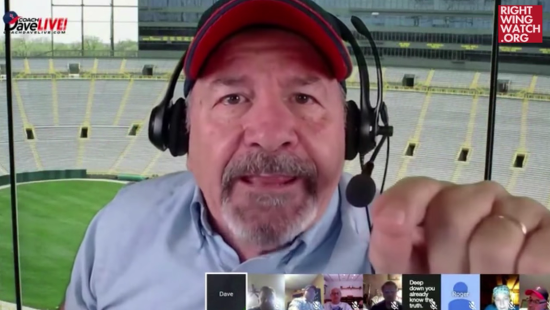 “Every time I’d go to the ball games, I kept an eye on my daughters to see if they’d taken the homo bait yet,” he said. “And they hadn’t. They didn’t have to because they weren’t cropped-haired wide-bottomed girls. They were pretty girls, godly women, they didn’t take the bait.”

“If your daughters are good athletes,” Daubenmire warned parents, “you better cover them in prayer because the recruiting that goes on, the pressure that goes on to be ‘one of the girls’ is enormous.”

This is straight-up bigotry. Daubenmire believes the lie that people can be “recruited” into homosexuality — that they have to because “they can’t reproduce!” — and that lesbians all look a certain way.

And then, somehow, he said something arguably worse.

Later in the broadcast, Daubenmire began screaming that “two men laying in bed having sex, it ain’t equal with my wife and I and the covenant of marriage.”

“That ain’t equal,” he declared, “because if two men having sex is equal, then soon it will be a man and a dog having sex.”

The ghost of Rick Santorum lives on…

This is what right-wing Christianity looks like these days: Lies on top of more lies on top of a mountain of bigotry — and that’s before we even get to the Jesus story. 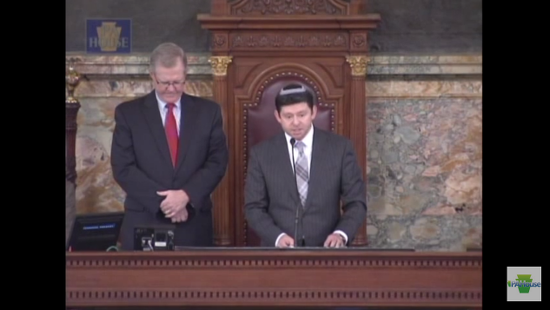 February 23, 2017
Atheists Blocked from Delivering an Invocation in the PA House Have Made Their Case to a Judge
Next Post 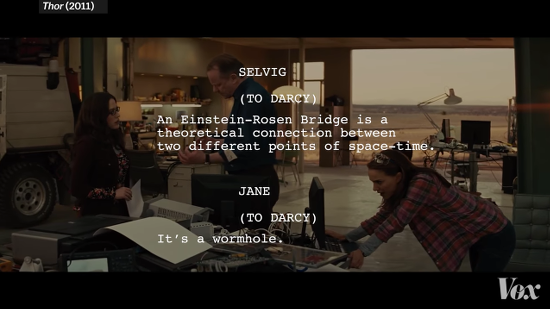