Atheist Threatened Over Ten Commandments Lawsuit: “You Should Be Dragged In the Street and Shot” February 23, 2017 Hemant Mehta

Atheist Threatened Over Ten Commandments Lawsuit: “You Should Be Dragged In the Street and Shot”

A couple of days ago, we learned that Marie Schaub and her daughter, two plaintiffs in a lawsuit to remove a Ten Commandments monument outside Valley High School in New Kensington (Pennsylvania), had negotiated a settlement with the school District. The monument would come down within 30 days, and the District would pay attorneys’ fees totaling $163,500. It was, on paper, a win-win for all the atheists involved (though not for monetary reasons, as some have wrongly and maliciously suggested).

But that hasn’t made things any easier for Schaub and her daughter, who have received multiple threats. Some of them presumably come from “good” Christians who claim to care about the Ten Commandments. 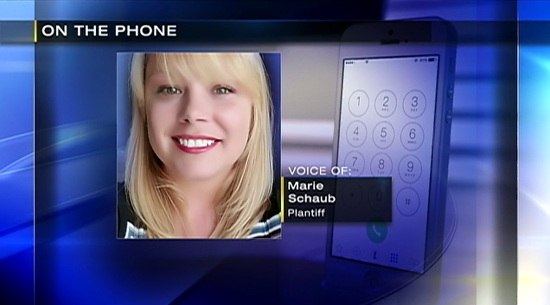 That clip highlights one of the threats: “You should be dragged in the street and shot.”

Huh. If only there was a rule that said killing was wrong…

Apparently, the only way people read the Ten Commandments is if they’re on a monument in front of a public school. When will someone finally publish a book that includes the Commandments in them?!

On the Facebook page for the Valley News Dispatch in PA, things got so heated on a comment thread about the settlement, the moderators had to step in:

Schaub added that about half the reaction she’s getting is positive. So at least there’s that. Though you would think conservatives would be on the side of the parent trying to protect the Constitution instead of attacking her for being successful.

(via Peacock Panache. Thanks to Brian for the link)

February 23, 2017
Despite Having All the Power, Conservative Christians Are Still Pretending To Be Persecuted
Next Post