Creationist Ken Ham is very excited about a new diorama he plans to display in his Ark Encounter theme park. It has nothing to do with Noah’s Ark. Rather, it features a battle between humans, giants, and… dinosaurs.

What’s the point of this battle? To grab a golden egg? 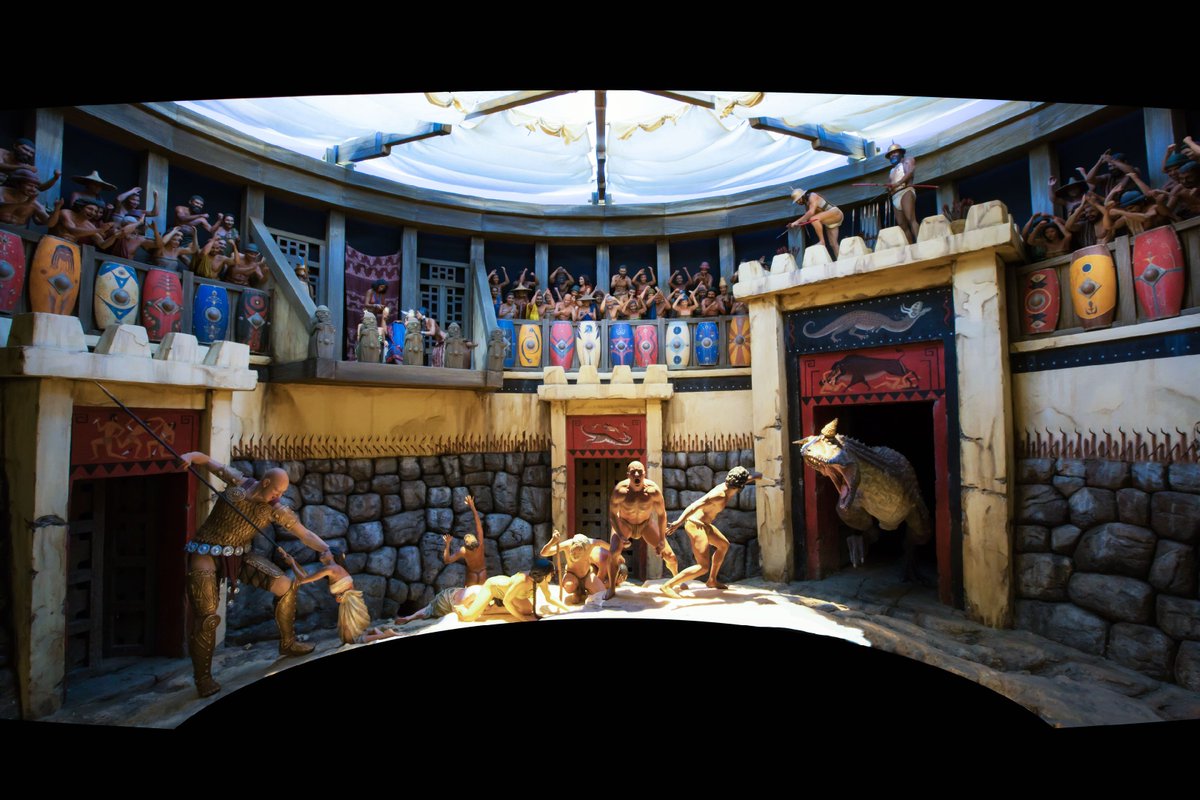 Exquisite design by @ArkEncounter artists for new Diorama depicting wicked population in the pre-Flood world to be installed @ArkEncounter pic.twitter.com/4JHQiTEWbG

Ham says the point of the diorama is to depict the “wicked population in the pre-Flood world.” But as with everything he creates, there’s very little truth to be found. Humans didn’t battle giants, and neither of them battled dinosaurs (which died out approximately 65 million years before our species came on the scene).

But those are facts, so Ham doesn’t care. He thrives on fairy tales and has the money to perpetuate whatever lies he wants. The one bright spot to this diorama is that it might distract everyone mocking the “rainbow” colors he’s using to illuminate the boat at night.

February 18, 2017
An Alabama Church's Desire to Create Its Own Police Force Raises a Lot of Constitutional Concerns
Next Post

February 18, 2017 Evangelist Franklin Graham: God Uses "Extreme Vetting" To Decide Who Gets Into Heaven
Browse Our Archives
What Are Your Thoughts?leave a comment