A NC Legislator Tweets Bible Verses, So Atheists Are Responding With Even More Disturbing Ones February 18, 2017 Hemant Mehta

A NC Legislator Tweets Bible Verses, So Atheists Are Responding With Even More Disturbing Ones

North Carolina State Sen. Joyce Krawiec has a habit of using her Twitter account to promote Bible verses. There’s nothing illegal about that, but it suggests a connection between her policy agenda and her faith that would be a problem.

Yesterday, atheists began responding to those tweets with Bible verses of their own — ones that Krawiec might have problems with if she were willing to acknowledge the Bible isn’t always a “good” book.

On her end, Krawiec said it was “inspiring” to see atheists quoting Bible verses back to her. Either she didn’t get the irony, or it was her attempt at a joke.

She didn’t get the message they were trying to send, which is that quoting Bible verses is a fool’s errand, because the Bible says both good and bad things. It’s even worse to make policy decisions based on those religious beliefs, rather than evidence, because it can steer you down a path that goes against common sense and basic humanity.

Hours later, she retweeted an article about North Carolina’s discriminatory HB 2 bill, asking Gov. Roy Cooper in Christian-loaded language: “Are you in favor of men in bathrooms with little girls or not?” 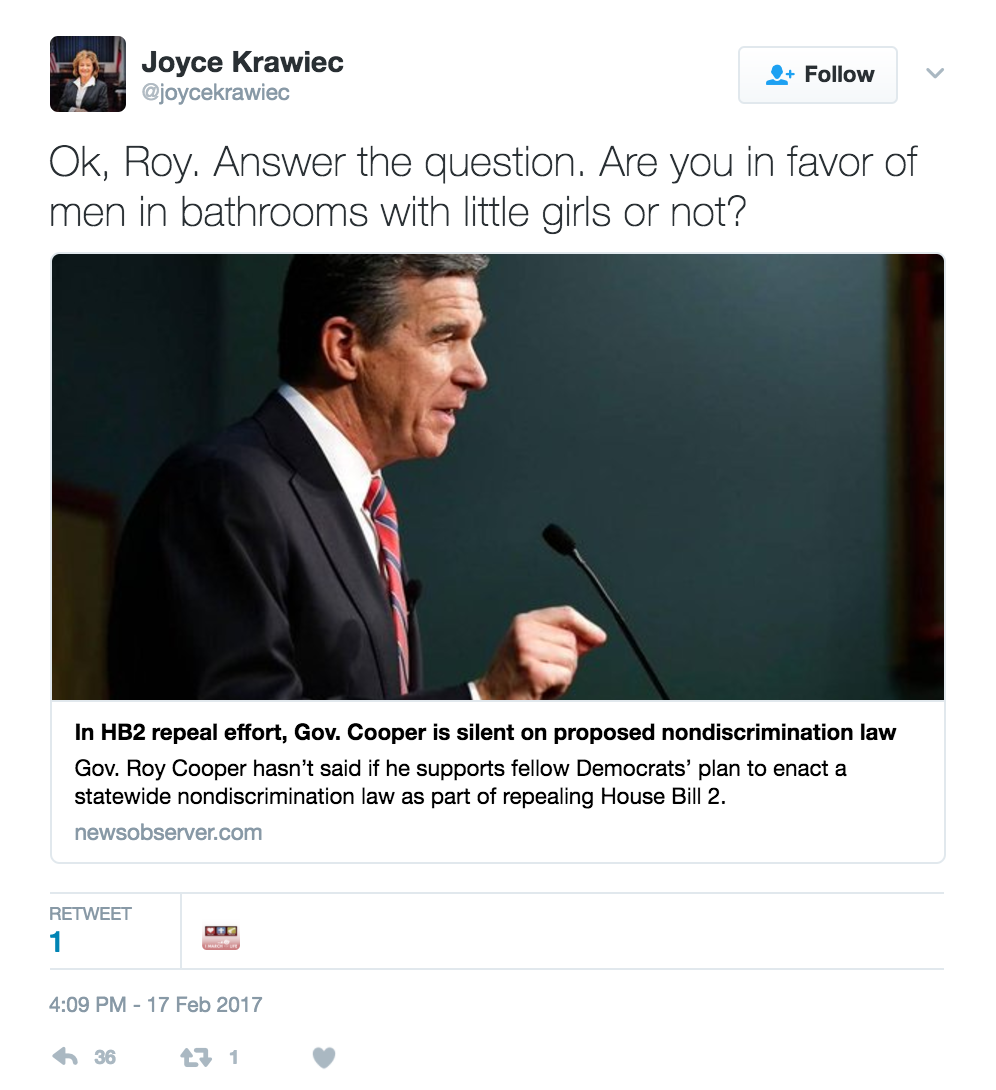 She has a lot to learn. Better keep tweeting those Bible verses at her.

February 18, 2017
NBA Superstar Kyrie Irving: "This Is Not Even a Conspiracy Theory... The Earth Is Flat"
Next Post