Last week, in northern California, the situation at the Oroville Dam became potentially life-threatening when the emergency spillway began eroding. If the dam breaks, it could devastate the region, leading officials to force nearly 200,000 residents to evacuate the area over the weekend.

Why did this happen? Was it poor engineering? A lack of infrastructure updates over the years?

If you ask some Christians online, they’ll tell you God did it to punish liberal California for defying Him. 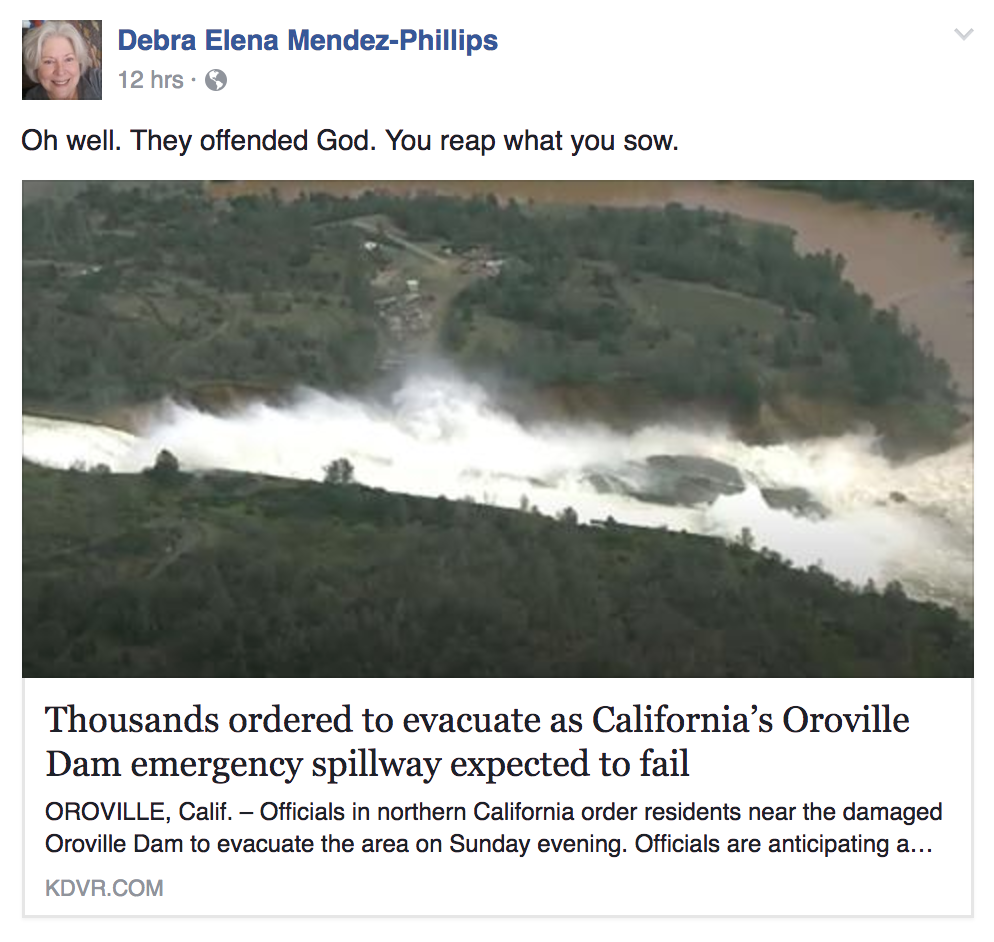 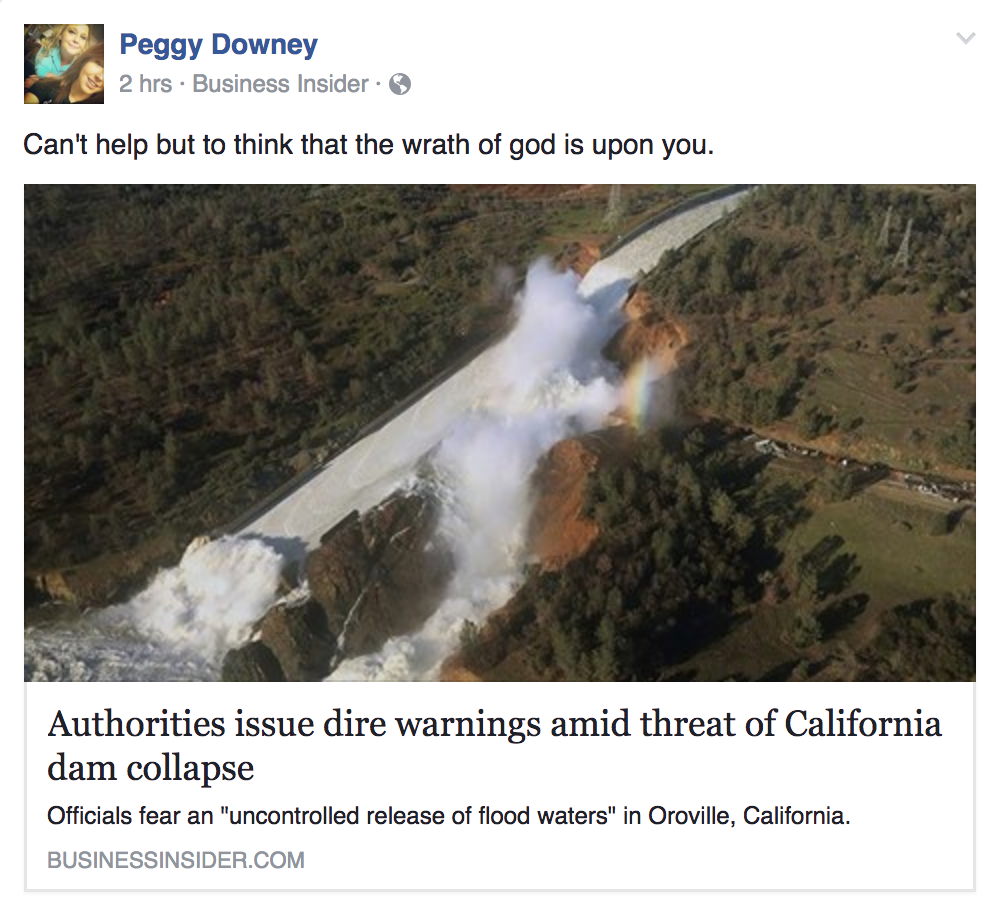 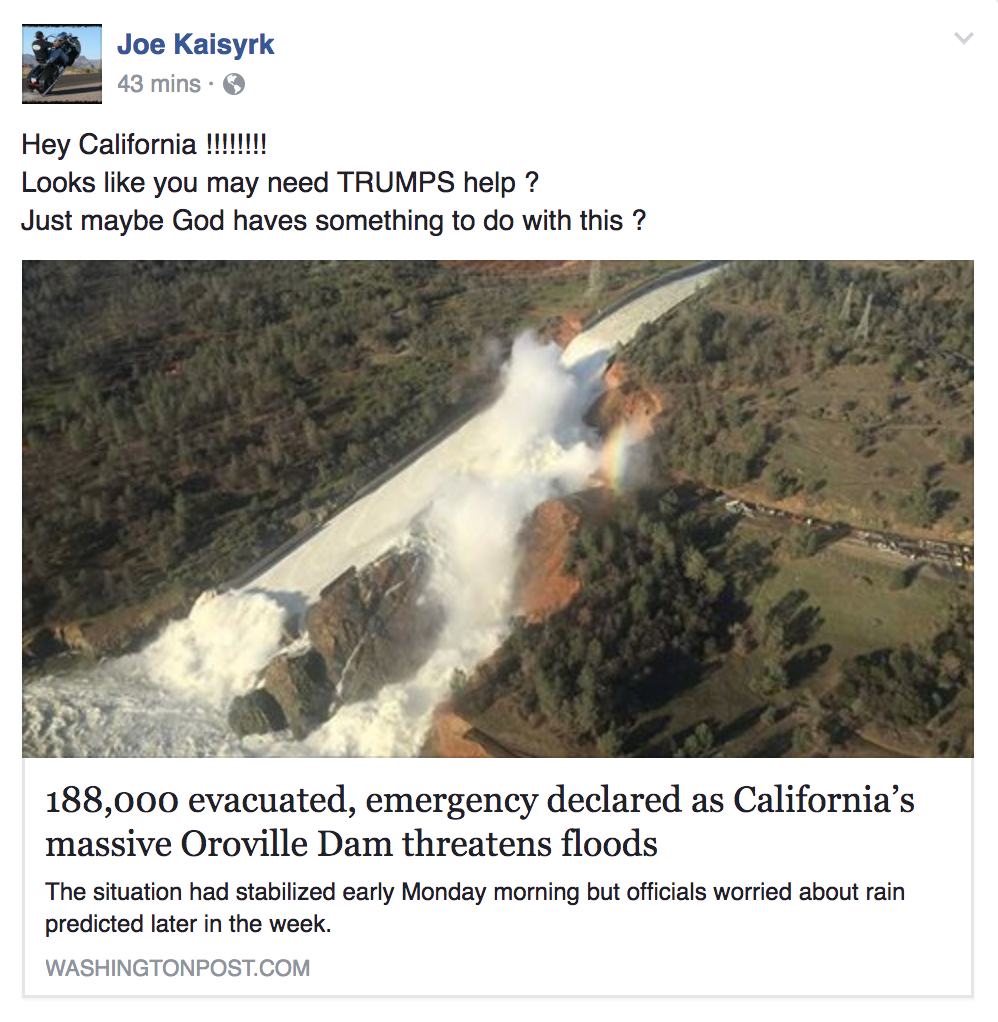 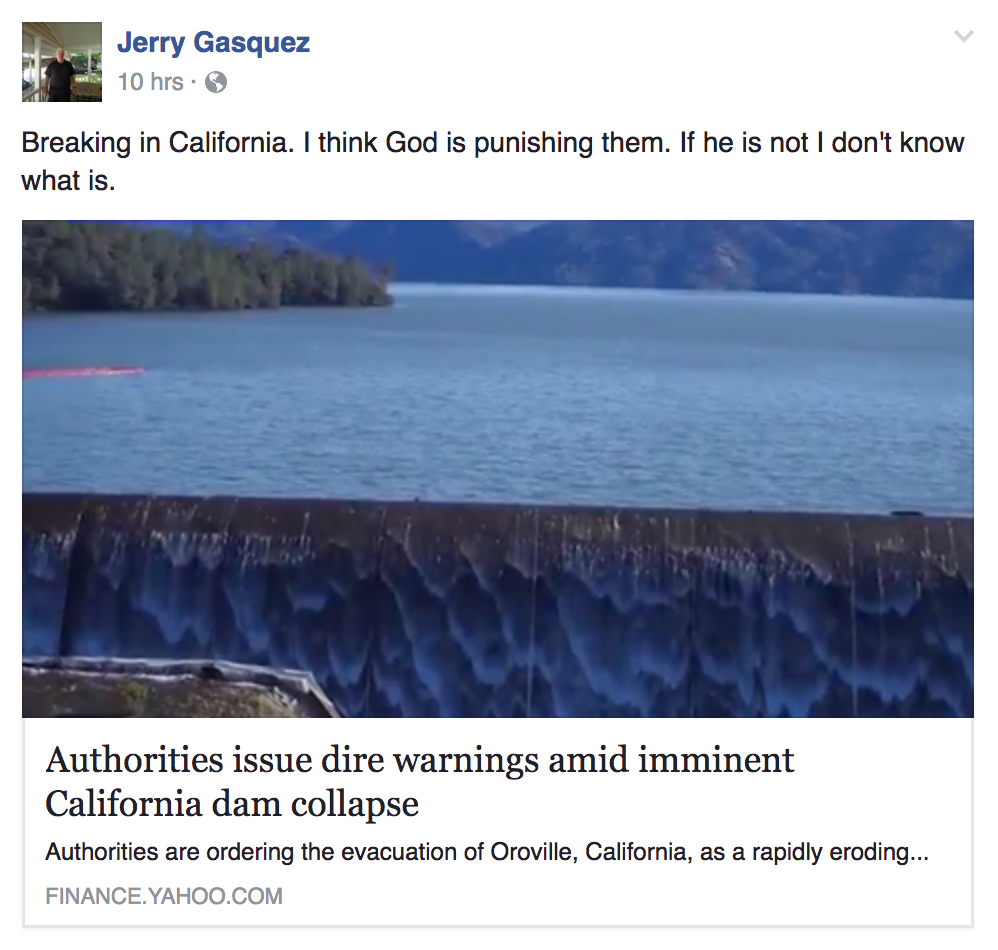 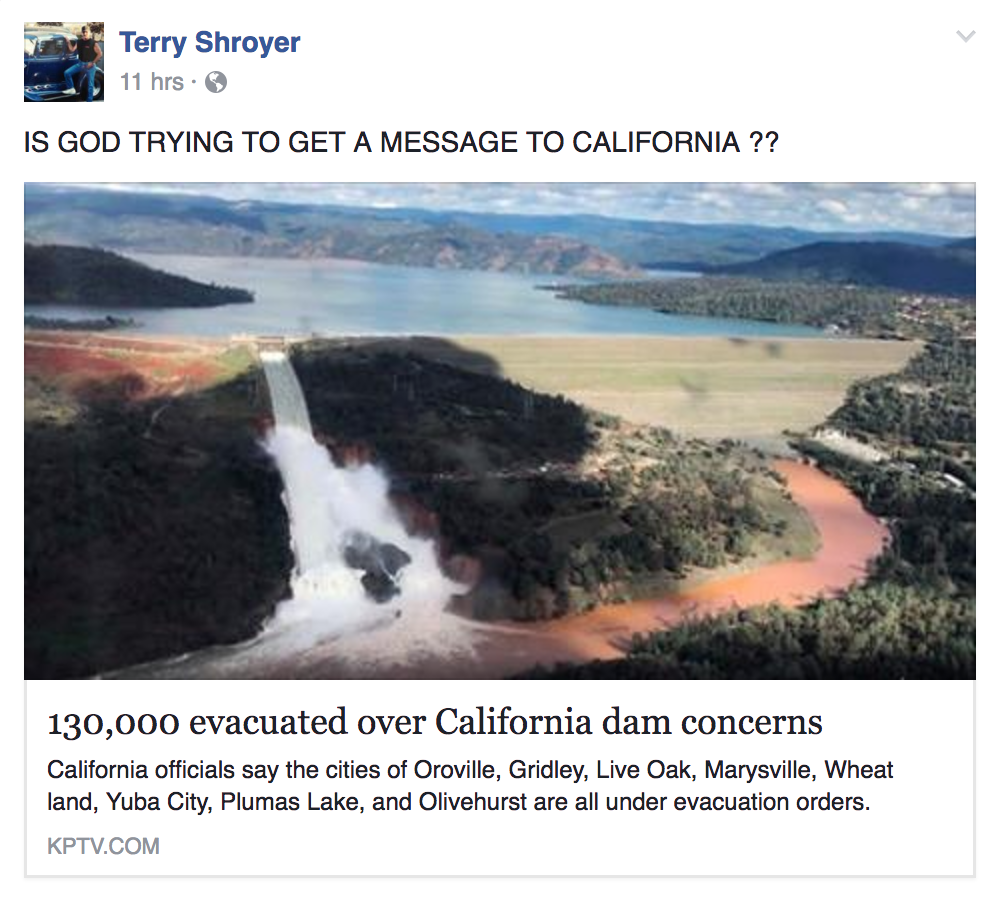 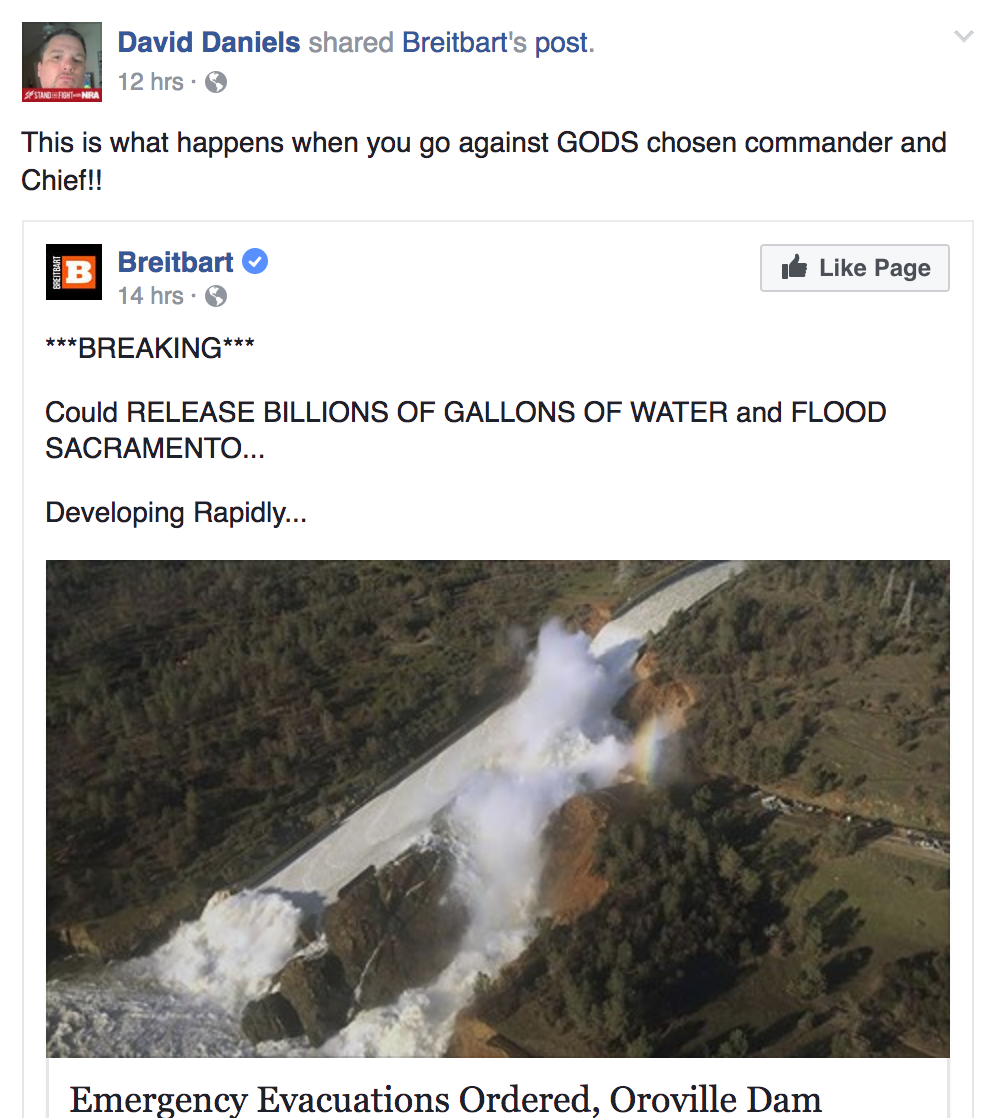 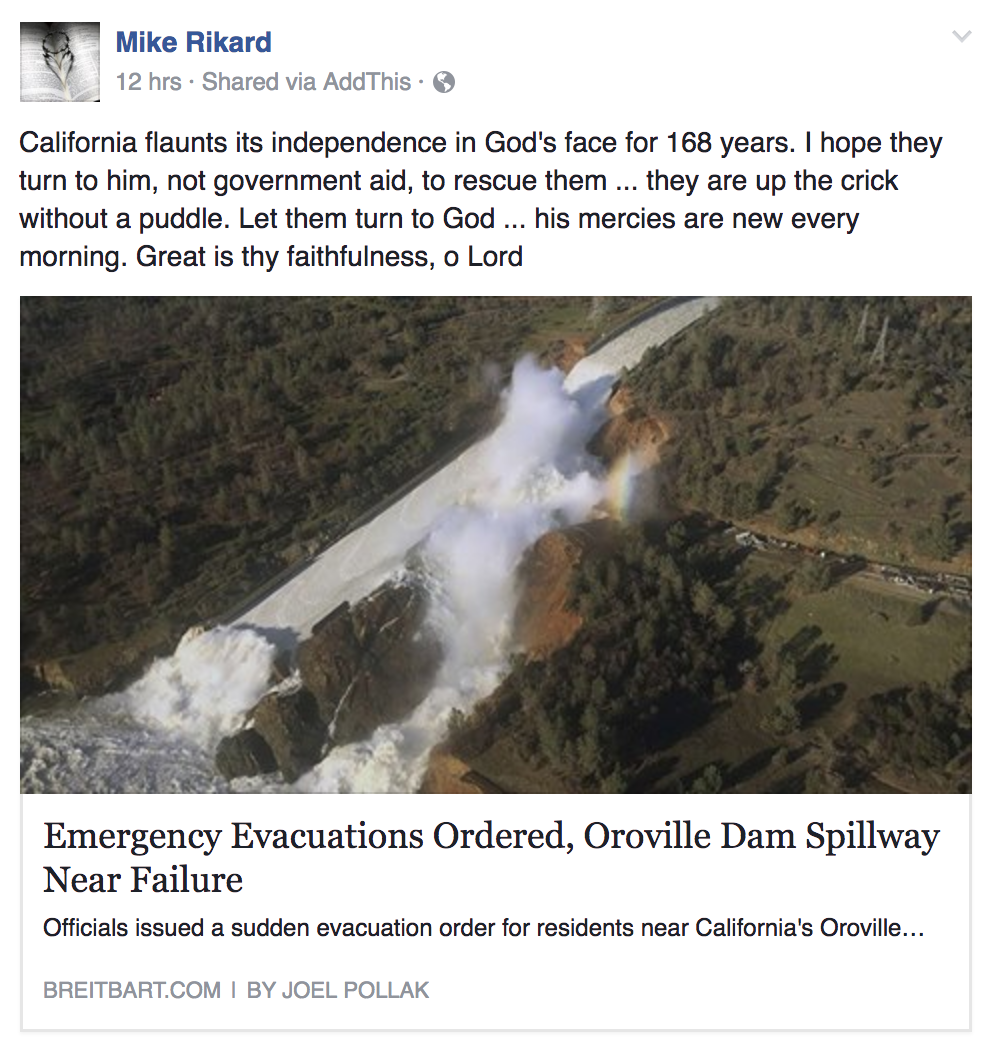 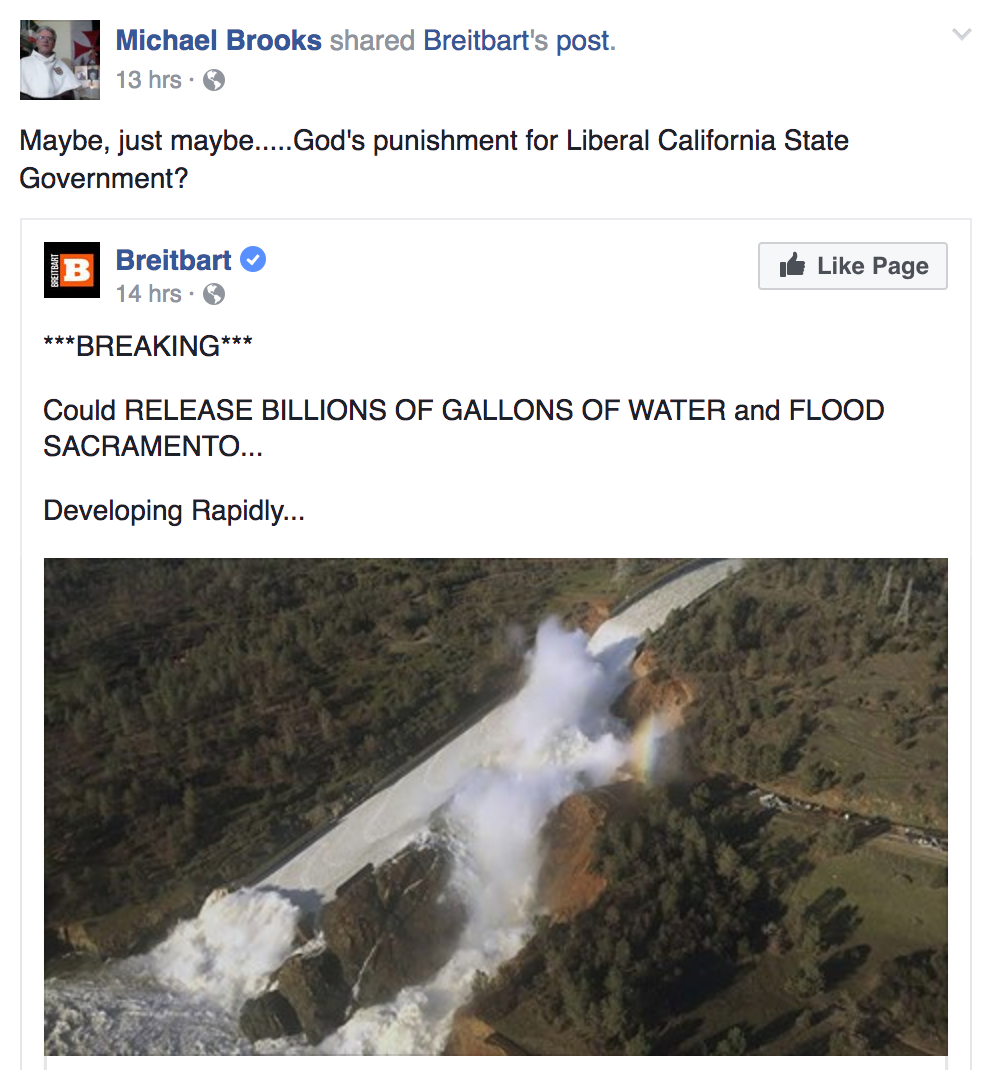 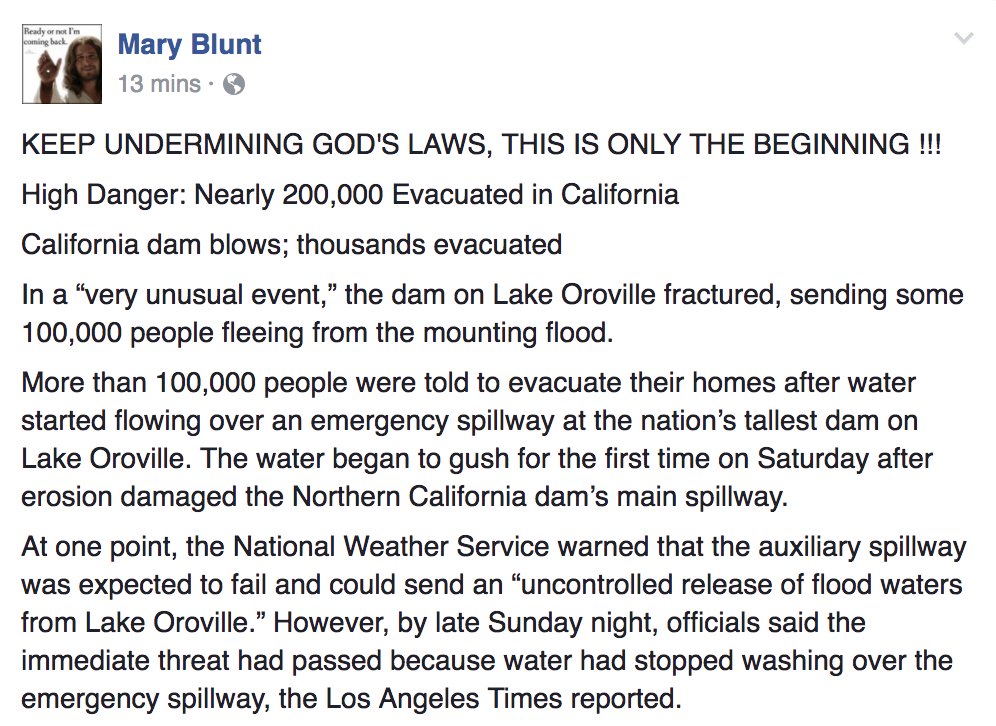 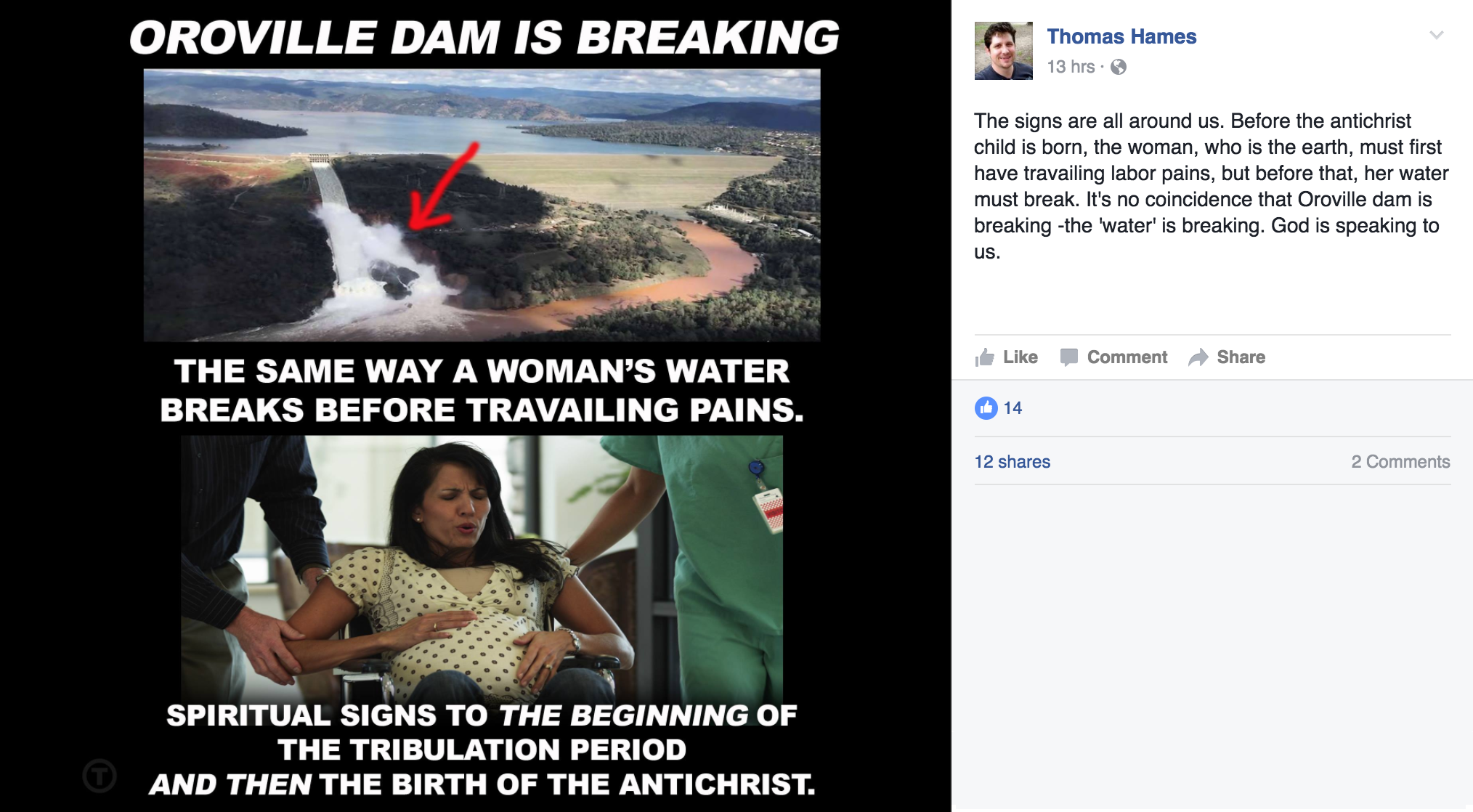 In fact, there seems to be a battle online between Christians who say God did this to punish Californians, Christians asking God to help the people in the region, and Christians praising God for not causing the dam to burst.

None of them point out that tornados have devastated some of the most religious states in the nation. (God like throwing us off His trail, I suppose…)

Maybe if we cared more about maintaining infrastructure than wasting money on unnecessary projects elsewhere, this sort of thing wouldn’t happen.

February 13, 2017
Judge to Christian: FL Bakery Owners Had Every Right to Reject Order for Cake with Anti-Gay Message
Next Post 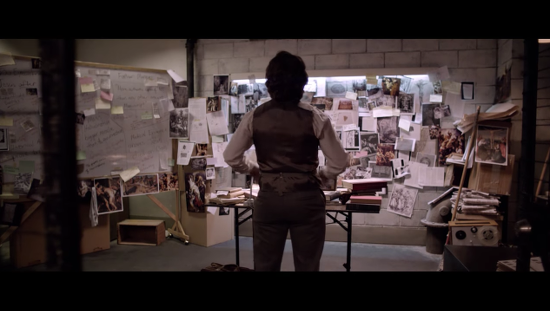 February 13, 2017 Six Things I Learned from the Trailer for The Case for Christ
Browse Our Archives
What Are Your Thoughts?leave a comment