For years now, one Pennsylvania legislator has done everything in his power to promote Christianity through the government.

State Rep. Rick Saccone pushed a bill calling 2012 the “Year of the Bible,” recognized the “National Day of Prayer,” promoted a “National Fast Day” in 2013, and tried to get the words “In God We Trust” in every public school in the state.

Even if those proclamations aren’t necessarily illegal, Saccone built his reputation with his Christian base by sponsoring them. Now he’s trying to leverage that support in order to become Pennsylvania’s next U.S. senator: 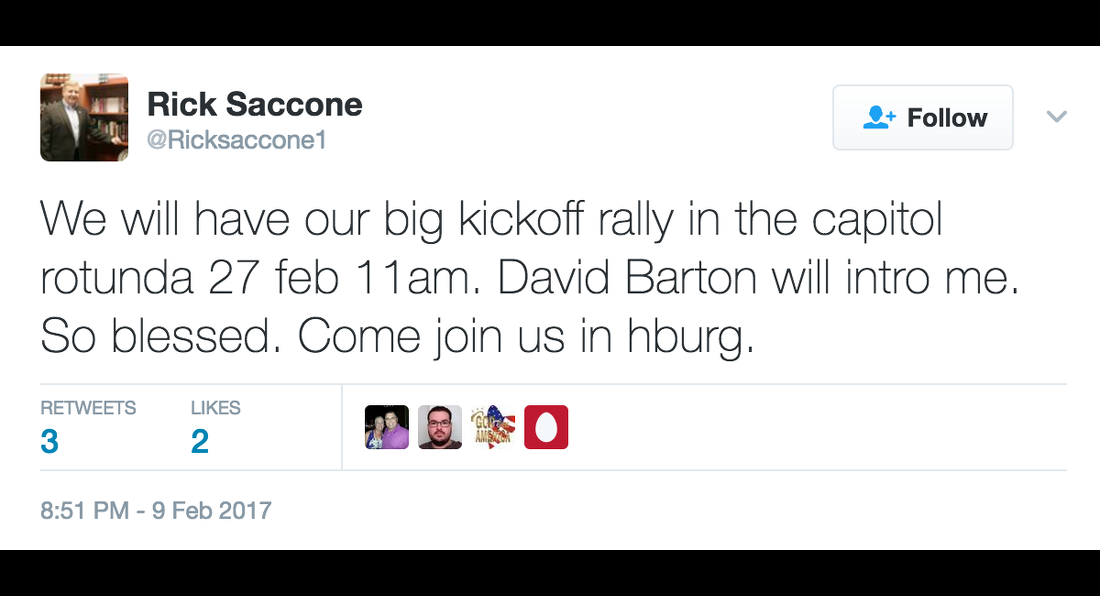 State Rep. Rick Saccone, R-Elizabeth Township, has filed federal paperwork to run against the Democratic senator [Sen. Bob Casey] next year and is planning to start his campaign Feb. 27 in Harrisburg.

“We’ve elected a new president who I think is going to put [the country] on the right track, but he needs a lot of help,” Mr. Saccone said Thursday.

What’s disturbing about that tweet is that Christian pseudo-historian David Barton will be there for Saccone’s official announcement. How little does Saccone care about politics and history that he invited Barton to be at his side? As my Patheos colleague Warren Throckmorton points out, Barton also lied about earning a Ph.D.

The last thing we need in politics is more know-nothing legislators who embrace lies instead of reason and evidence. But that’s today’s Republican Party for you. They don’t know how to do anything else at this point, do they?

February 12, 2017
This View of Life: An Anthem to Evolution
Next Post 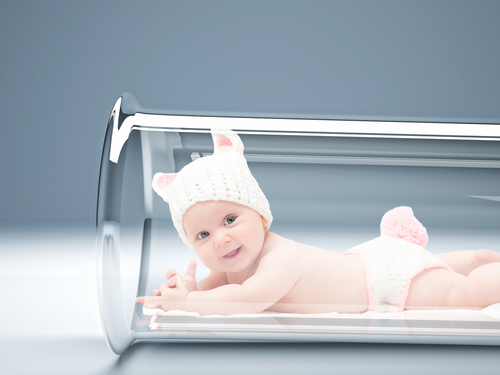 February 12, 2017 TN Republicans Introduce Bills Suggesting Kids Born From Artificial Insemination Are Illegitimate
Browse Our Archives
What Are Your Thoughts?leave a comment