Laura Ingraham’s Latest Lie: Lady Gaga Skipped “Under God” in the Pledge During Her Halftime Show

During last night’s Super Bowl halftime show, Lady Gaga began her incredible performance by singing bits of “God Bless America” and “This Land is Your Land” before reciting the part of the Pledge of Allegiance that includes “One nation, under God, indivisible, with liberty and justice for all.”

You can hear it for yourself. That’s what she said. Yet, somehow, conservative talk show host Laura Ingraham insisted that Gaga omitted the words “Under God”… even though everyone heard it and there’s videotape evidence. 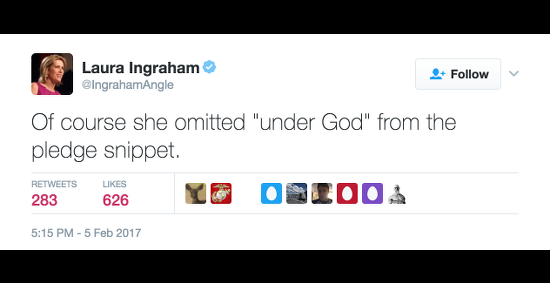 I guess she couldn’t hear the phrase over all the ass Gaga was kicking.

Ingraham later deleted the tweet — without apology — but kept up the one that spelled out “UNDER GOD” in all caps.

One Nation UNDER GOD….

Incidentally, Gaga would’ve been well within her right to recite the Pledge without the two words, since they were pushed in there in the 1950s but nowhere to be found in the original version. She instead gave a performance that was steeped in patriotism.

And yet conservatives were still on the lookout for reasons to be angry. This is just their default demeanor now. 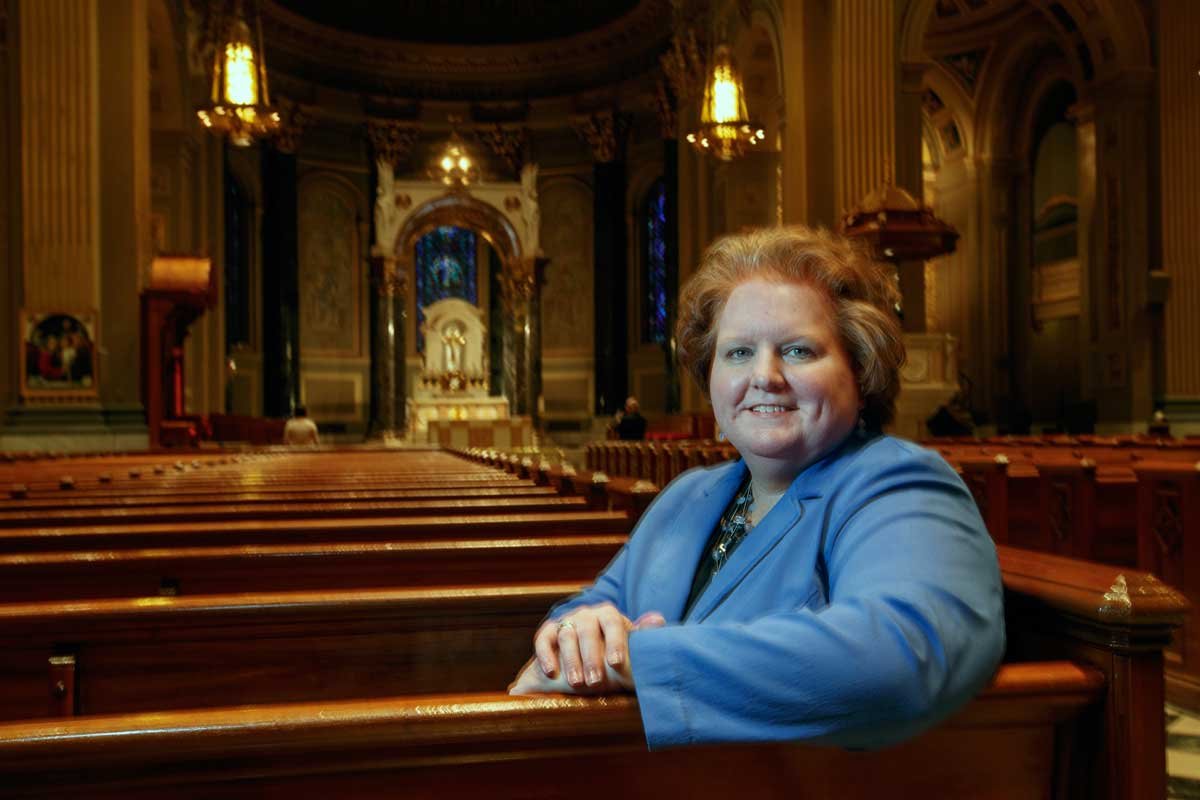 February 6, 2017Guardian Writer Talks About the Physical Abuse He Suffered in His Christian Prep School
Browse Our Archives
What Are Your Thoughts?leave a comment