Ask Richard: Older Atheists Have Difficulties with Their Religious Families, Too (Part 2 of 2) February 6, 2017 Richard Wade

Ask Richard: Older Atheists Have Difficulties with Their Religious Families, Too (Part 2 of 2)

This is the second of two letters that I recently received which show how older atheists can face emotional challenges dealing with their religious family members, even though their age often has given them more financial security and personal confidence than younger atheists have. Last week’s letter was from a woman in her mid-fifties who has come out to her father and siblings, while this week’s letter is from a 61-year-old man who has come out to only one of his six siblings. 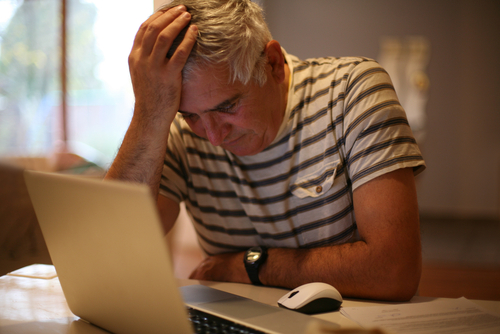 Let me thank you in advance for taking the time to read this letter. I expect it follows a familiar theme that you likely have encountered many times before me. Here’s a little background on me: I am a 61 year-old male. I am married to a wonderful woman and have two lovely adopted girls my wife and I adopted at birth. I was raised in a very Irish Catholic family with six siblings all of whom are still Catholic – though some are more Catholic than others. Only my sister knows with certainty that I am no longer religious and have not been for some 10+ years. I have told her that I am an atheist. She does not understand my lack of belief since I was in the seminary at one point in my early years.

Last year, my mom passed away at 92. She was deeply religious as was my Dad who predeceased her by 28 years. My mom was buried from the Catholic church of our childhood. I had no problem attending and pretending that I was Catholic for the day. It was simply the right place for me to be regardless of my lack of belief. However, the first year memorial mass is now on the calendar; this will be the first of many to follow. All siblings will be in attendance. Now, I find myself in a situation where I would like to remember my mom in my own way, a way that does not require a religious backdrop.

Is it appropriate for me to feel this way? If I don’t attend the memorial mass, I know my siblings will not understand. I have come to know that very few people understand a person who lacks faith. Thus, I don’t discuss it with anyone but my wife. This leaves me feeling alone and troubled. What might you advise in this situation?

To answer your question first, Yes, it is entirely appropriate for you to feel whatever way you feel. Your feelings are never correct or incorrect; they are yours. You feel what you feel. If you reconsider and possibly change some of the thoughts that stimulate those feelings, then your feelings might change and be more comfortable, and that’s one of the things we’ll explore here.

You told one sister that you’re an atheist, and you’re apparently assuming that she has not told your other five siblings. You said that she “does not understand” your lack of belief, and you’re apprehensive that the others will “not understand” if you don’t attend the memorial mass. You stated that very few people “understand” a person who lacks faith.

The phrase “don’t understand an atheist” can have different meanings. The narrowest meaning is about having some of the common misconceptions about what atheism is. That can usually be corrected with a 20 minute chat over coffee. (No, we don’t secretly believe, we don’t hate God, we don’t worship the devil, we don’t need faith to be unconvinced of deities, we don’t lack morals, and we don’t live depressed, meaningless lives. We are as good and decent as anyone else; we just need evidence instead of fallacious arguments, testimonials, and a warm, fuzzy feeling to give credence to elaborate and outlandish claims.)

I have the impression that what you mean by “My siblings will not understand” is that even if the above misconceptions are clarified, your siblings will still not accept you, they might disapprove of you, might reject or even shun you.

With the prospect of five of your brothers and sisters doing any of those things, I can certainly understand you feeling, as you said, “alone and troubled” to say the least. But let’s explore if the worst case scenario is likely:

Take a look at the reaction of the one sister in whom you have confided. Although you say she “doesn’t understand,” apparently there is still a relationship where you can talk to each other. So if her lack of understanding is the misconceptions about atheism version, you can in a relaxed and patient manner have a nice sit-down with her to let her ask any questions, and clear up her incorrect assumptions. After that, you can work on getting the acceptance version of her lack of understanding hopefully up to a level where the two of you can agree to disagree about religious beliefs, but you can openly and overtly agree that you love and respect each other as persons, and you’ll treat each other accordingly.

Now let’s look at your other five brothers and sisters:

If you try to use an excuse for not attending the next memorial mass, it will probably work for the first time, but even if you have a different excuse each year, each one will have less credibility than the one before. Regardless of how creative and convincing each excuse is, it’s the practice of giving excuses that begins to get stale, and soon people catch on.

Unless you are okay with continuing the charade of attending memorial masses year after year, they’re going to get suspicious and figure it out. Your letter doesn’t sound like you are comfortable with that endless deception.

So it would seem that one way or another the truth will out. Your choice is that you can have control of exactly when and how it comes out, or you can leave it to the distortions and exaggerations of suspicion, speculation, rumor, and hearsay among your siblings. What a mess that would be.

I suggest that you pick the time, the place, and the method to tell them all the same thing all at once, so that your information doesn’t get all screwed up like a series of people playing the “telephone game.”

A big face-to-face meeting where you verbally tell all of them the same thing at once could be daunting to even the most self-assured person, and with five uninformed people listening, there would be five times the number of sources for interruptions, tangents, derailments, attempts to re-convert you, tension, and rancor even before you have finished talking.

So another way to do it is to compose a thorough letter to them that explains as much as you can in general, to be delivered to each of them on exactly the same day. Besides it being less intimidating for you, it would be more accurate. You will be able to have your entire say without interruption or tangents, and they can then speak among each other with everyone having in their hands the exact same information. That will eliminate the speculation and “telephone game” distortion.

To compose your letter, use what you learn from your sit-down with your sister. Her questions and misconceptions will probably be similar to those that your other siblings will have. Consider including the common misconceptions that I listed in the third paragraph of my response here, if they seem appropriate. Present them in a non-condescending way so that they don’t take offense if they don’t hold one or more of them. Also consider proactively preventing some reactions that you would rather not have to deal with. You can ask them to not try to re-convert you; you’re not trying to de-convert them, so that respectful forbearance should go both ways.

Emphasize your love for them. You have been an atheist for over ten years, and you have not changed into a terrible person. You have held back because you value your loving relationships with them. You will continue to be the same brother you have been to each of them all this time, and you hope that they can continue to be the same brothers and sisters that they have been toward you. You just won’t be at all of the church services that they go to. You’ll attend whatever religious events are right for you to attend, as you determine.

Although they will all receive the same information, of course they won’t all have the same response. You said that some are “more Catholic than others,” and they naturally have varying personalities. They will also all have differing influences from their spouses.

Probably none of them will like it, but some will probably be more willing to accept the reality that you present. Those more accepting ones might be able to gradually convince the less accepting ones. They will probably respond to you individually, but they will all be operating from an identical letter.

It will not be entirely smooth, and certainly not perfect. Nothing complicated, delicate, and emotionally laden going between seven brothers and sisters ever is. But you will have made your best attempt to be true to yourself, to be truthful to them, and to offer it all with the laudable intention to preserve the love and respect that should flow freely between brothers and sisters regardless of such differences.

I wish you the best of possible outcomes. Please feel free to write an update for us when the outcome seems to be more or less complete. I’m sure that several people here would be very interested in hearing how it goes. 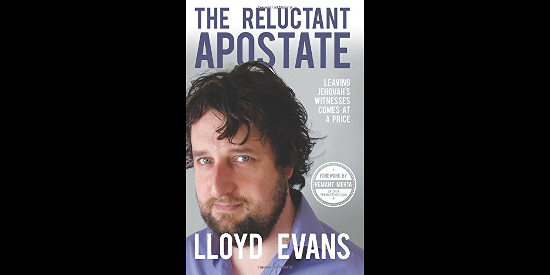 February 6, 2017
The Reluctant Apostate: A Story About Leaving the Jehovah's Witnesses
Next Post

February 7, 2017 FFRF Attorneys Explain Why Repealing the Johnson Amendment Would Be a Disaster
Browse Our Archives
What Are Your Thoughts?leave a comment