Ken Ham is Still Obsessed with Bill Nye, Years After Their Viral Debate

Creationist Ken Ham celebrated the third anniversary of his debate with Bill Nye yesterday… which is a strange thing to celebrate. The anniversary of a debate? Really? I know a lot of public speakers. None of them broadcast how many years it’s been since they spoke at a particular school or debated another speaker. 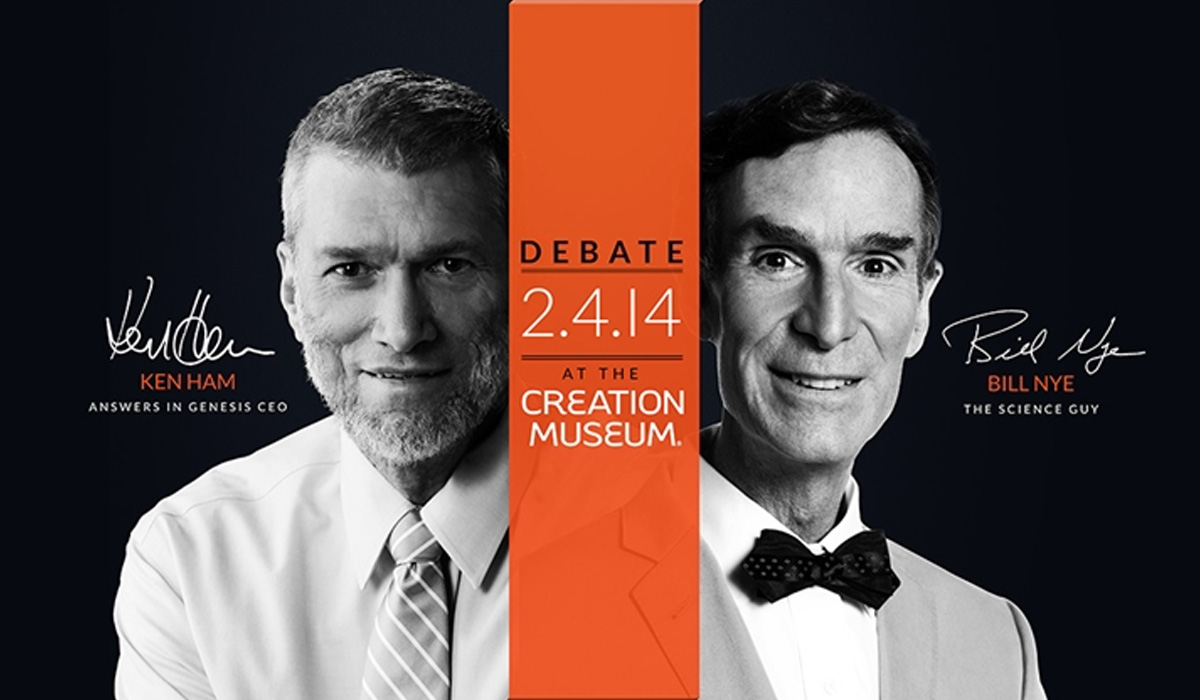 Even if the debate was a big online event — and no doubt it was — isn’t it time to move on?

Not for Ham, who can’t stop talking about Bill Nye. He’s practically obsessed. And he’s still trying to make money off of sharing the stage with the Science Guy.

A quick search of Answers in Genesis’ website shows 2,550 results when you search for Bill Nye’s name. Nearly 200 of those hits come in the group’s store, where they continue to sell DVDs of the debate (and Nye’s walkthrough of Ark Encounter when it opened this past summer) along with other merchandise.

On Twitter, too, Ham makes frequent mention of Nye.

What does Nye think of all this?

Well let’s just say he moved on a long time ago.

His Twitter feed contains a single mention of Ham over the past three years. The debate was a one-time event he probably doesn’t think about much because he’s working on a documentary and an upcoming show on Netflix.

Nye is like the girlfriend you broke up with who’s dated several people since breaking up with you. Meanwhile, Ham is the ex-boyfriend staring longingly at her second-story window from outside the house in the rain.