I didn’t get to post this earlier, but Sam Harris appeared on Real Time with Bill Maher Friday night to discuss their disavowal of Donald Trump‘s Muslim ban, how that doesn’t contradict their criticism of Islamic beliefs, how some liberals defend the disturbing practice of forcing women to cover up, and Batman. (Because at least Ben Affleck wasn’t around this time to call them “gross and racist.”) 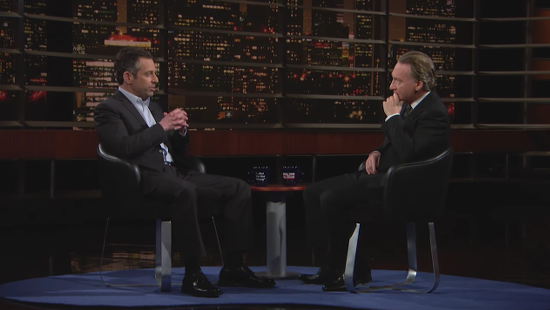 The conversation seemed to drag on after a while (at least for me as a viewer) — it also seemed to throw Maher off his game during other parts of his show. And it would’ve been nice to include some progressive Muslims in person (instead of simply mentioning their names). But it was the sort of conversation we don’t hear too often on television because everything in politics is a five-alarm fire these days.

If only we could hear more lengthy discussions about beliefs — and the problem with faith-based dogma — instead of just reacting to whatever crazy thing Donald Trump just did.

February 4, 2017
Watch Matt Dillahunty Explain the Differences Between Apologists and Evangelists
Next Post

February 5, 2017 Tony Perkins: The Johnson Amendment Must Be Repealed Because "the Church Predates Government"
Browse Our Archives
What Are Your Thoughts?leave a comment