Here’s a Conservative Christian’s Pathetic Justification for Why the GOP Can Fill the SCOTUS Seat February 2, 2017 Hemant Mehta
Patheos Friendly Atheist. ... Want more from the Friendly Atheist? Get our FREE Newsletters and special offers!

In a video explaining why the new Supreme Court nominee Neil Gorsuch isn’t really taking a “stolen” seat, Stuart Shepard of the Family Policy Alliance (the public policy partner of Focus on the Family) twists the facts to explain why Donald Trump selecting Justice Antonin Scalia‘s replacement is completely fine: 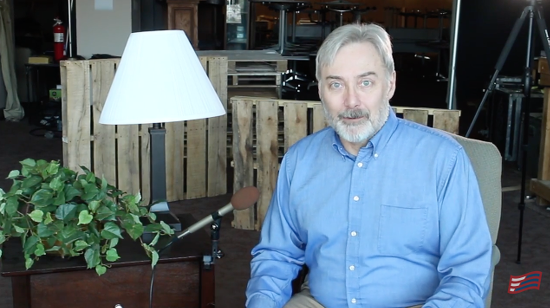 … If the seat was stolen, it raises the question: Stolen from whom?

The New York Times assumes it belonged to Mr. Obama.

The L.A. Times says it belonged to Merrick Garland.

But i found a more reliable publication called the U.S. Constitution. It spells out who, to use the same language, owns Scalia’s seat: The President and the Senate, equally, with the same weight. The President nominates, the Senate offers advice and consent. Both must happen before anyone gets a seat.

Here are some clarifying questions you can ask your friends who appear to be having trouble with this balance of power:

Would you agree the President can choose the date to make a nomination?

Would you agree that a President, in his final months of office, could, if he wanted to, choose to allow the next President to nominate someone to the Court?

So why attack the Senate when it uses the same level of authority to choose when to act?

Why attack the Senate? Because they adopted a magical new rule that Democratic Presidents — and only Democratic Presidents — were no longer allowed to nominate individuals to the Supreme Court. We know this because several Republican senators, including John McCain and Ted Cruz vowed before the election that they would block any nominee appointed by Hillary Clinton when they thought she would be the next President.

This isn’t about qualifications. This is about preventing a President conservatives didn’t like from using the power the American people gave him.

Shepard won’t admit it, but if Democrats in the Senate treated a Republican President the same way — refusing to do their job, refusing to hold hearings for a nominee, and refusing to take a vote on that individual — he would be whining about the supposed injustice. But when he’s on the side of power, he’s trying to justify the actions.

That’s Christian hypocrisy for you.

When it comes to Gorsuch, Democrats should absolutely block his ascendency to the Court. It’s payback. Republicans have shown that refusing to abide by the rules gets you everything you want. As David Leonhardt wrote so eloquently in the New York Times, “Democrats simply cannot play by the old set of rules now that the Republicans are playing by a new one.”

Comments on the video, of course, are disabled. Shepard can’t handle anyone pushing back on his bullshit.

February 2, 2017
Republicans Have Filed a Bill That Would Allow Pastors to Endorse Political Candidates in Church
Next Post

February 2, 2017 Pat Robertson Compared Climate Scientists to Religious Fundamentalists
Browse Our Archives
What Are Your Thoughts?leave a comment