What Does It Take to Be a “True” American? 32% Say “Being a Christian” is an Important Factor February 1, 2017 Hemant Mehta

What Does It Take to Be a “True” American? 32% Say “Being a Christian” is an Important Factor

What does it take to be truly American?

Do you have to speak English? Do you have to be born in the country? Do you have to participate in national traditions? All of those are important to varying degrees, but a new Pew Research Center survey out today also points out that 32% of Americans believe you need to be Christian to be worthy of that label. 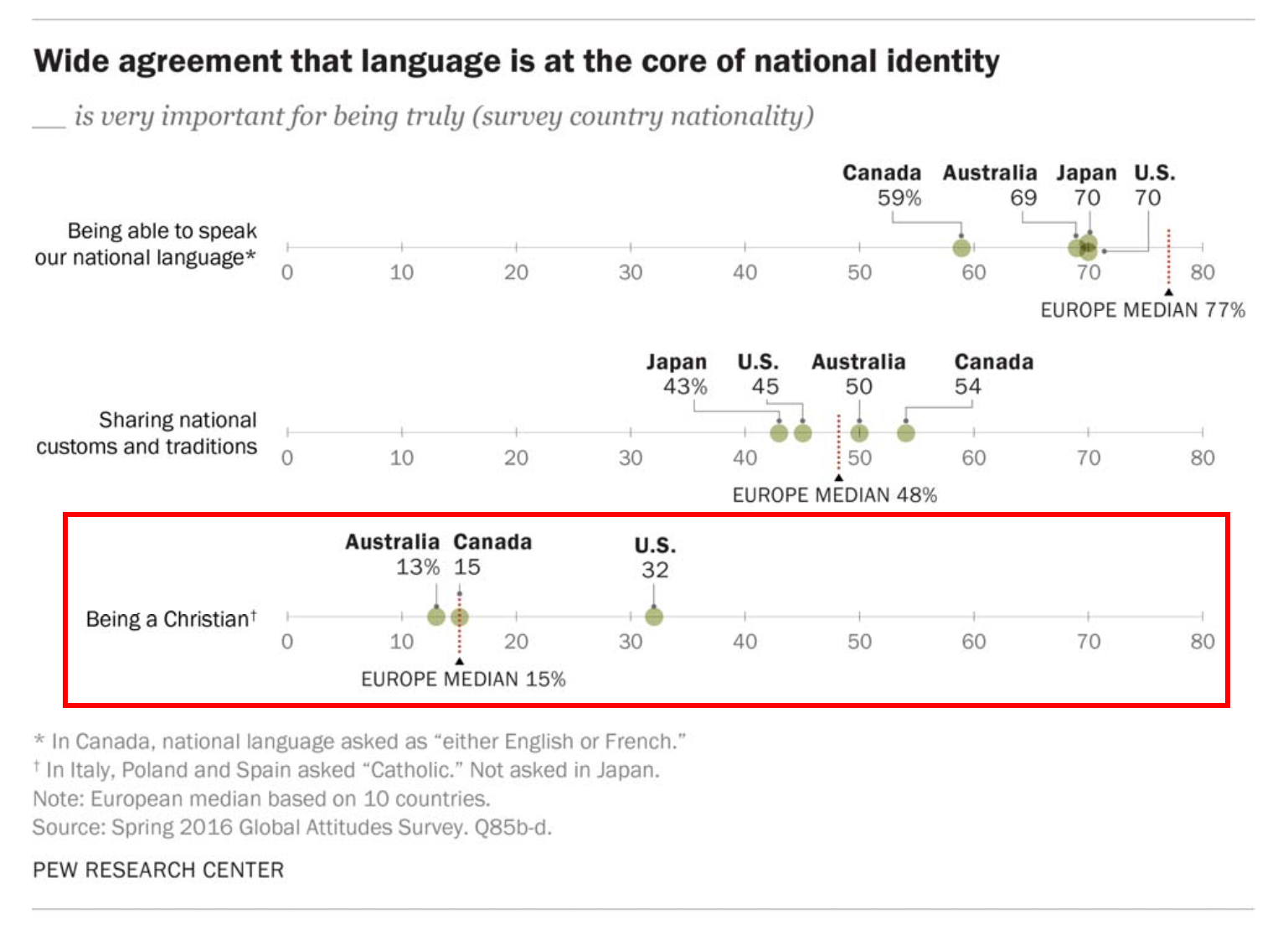 The survey also asked about the link between religious affiliation and national identity. About a third (32%) of people in the U.S. believe it is very important to be Christian to be considered truly American. This contrasts with 54% of Greeks who say this, but only 7% of Swedes.

Not surprisingly, there’s a wide difference between the Republicans and Democrats who feel the same way. 43% of Republicans say Christianity is a requirement for being a True American, while 29% of Democrats say the same. Both numbers are far too high for my taste, but it shows that the GOP is more likely to say “You have to look, act, and think just as I do in order to be a True American.” 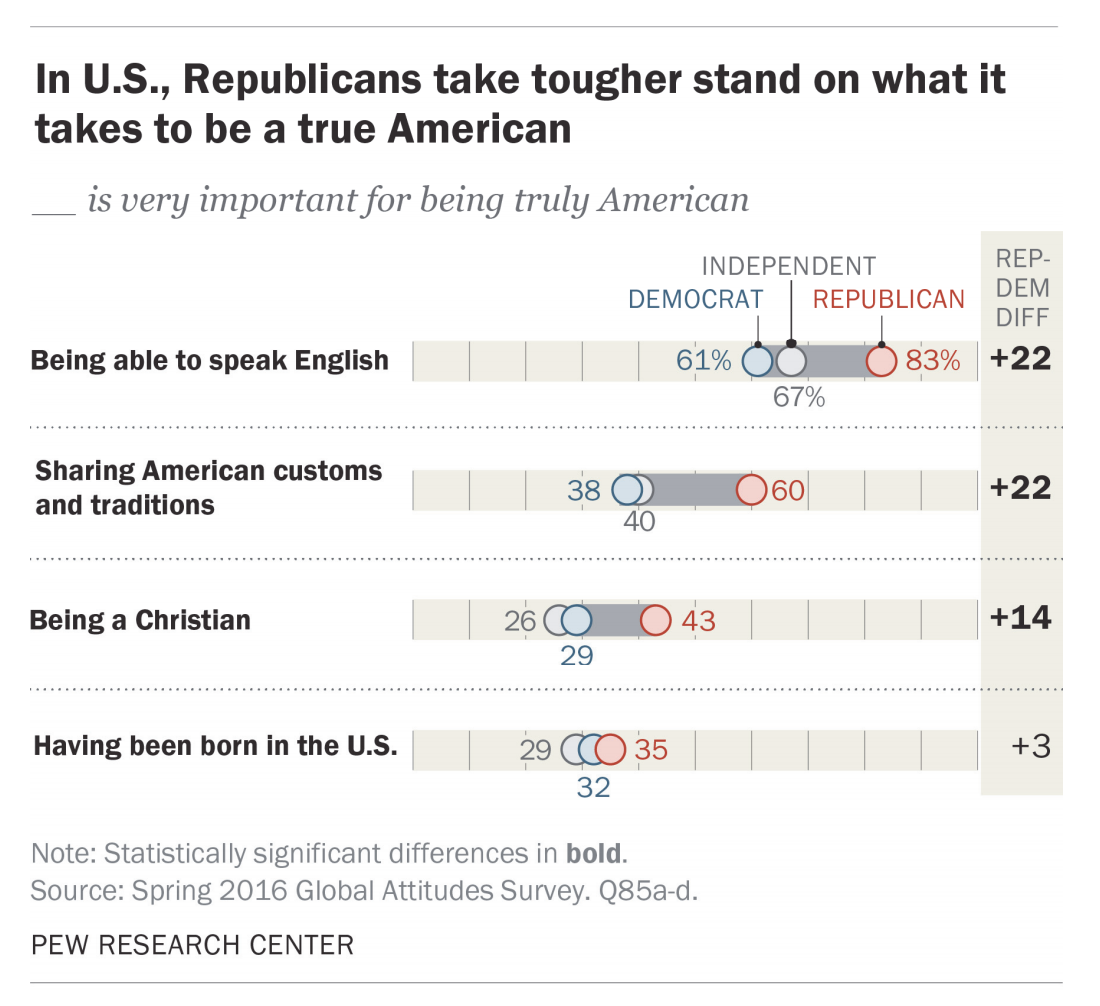 Other factors, like speaking the language and sharing American customs, matter more than religion, but the fact that Christianity is even in the mix is really messed up in a country founded on religious liberty.

It’s not surprising, though. The Christian majority — specifically, the conservative wing of it — has always treated non-Christians like “others” who don’t deserve the same rights or respect as them. They’re not kidding when they make references to this being a “Christian nation,” even though that phrase is mistakenly applied to the belief that this country was founded by Christians, for Christians, on “Christian” values.

To no one’s surprise, “Unaffiliated” Americans don’t feel this way — only 9% of them agree that being a Christian makes you a True American. (Talk about self-loathing…) Meanwhile, 57% of white evangelical Protestants believe the label only applies to those who worship just as they do. (Shocker.) 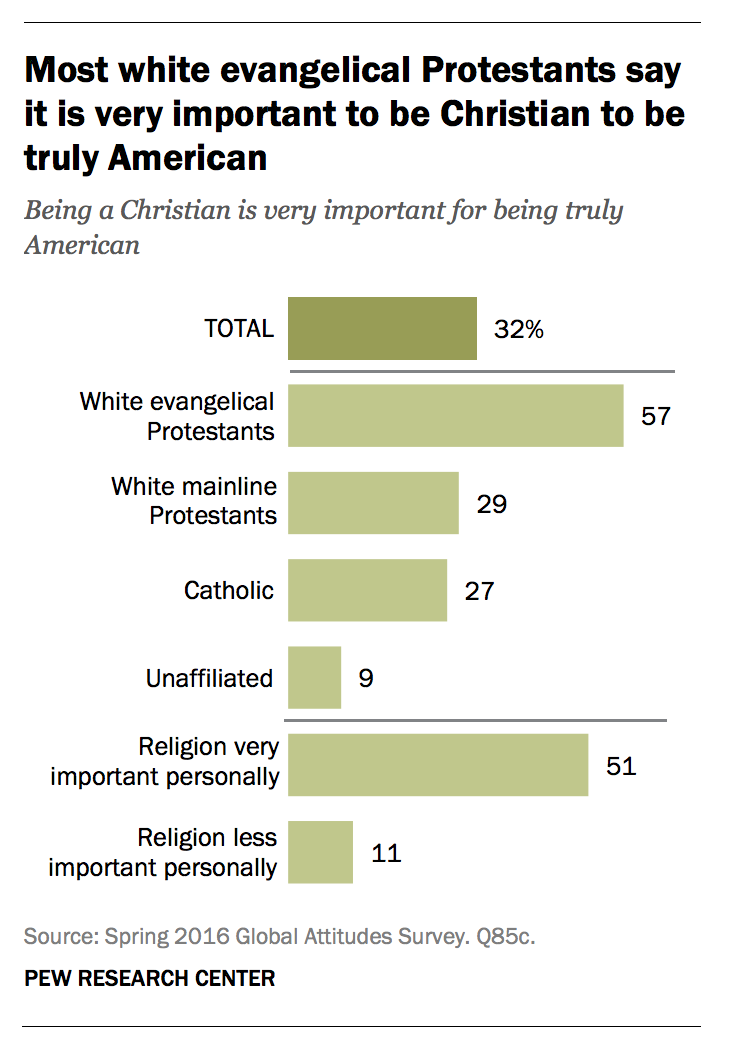 Atheists have an uphill climb in terms of changing perceptions even as our numbers continue to rise. One of the reasons it’s so important to come out as an atheist, if you’re able to, is because people need to realize their friends, family members, co-workers, and other acquaintances reject their mythology. When more athletes and movie stars and politicians do the same, I suspect we’ll see these percentages go down.

February 1, 2017
German "Anti-Theist" Given Life Sentence for Murdering His Christian Roommate
Next Post