Believe it or not, Canada has had a blasphemy law in the books since 1892. 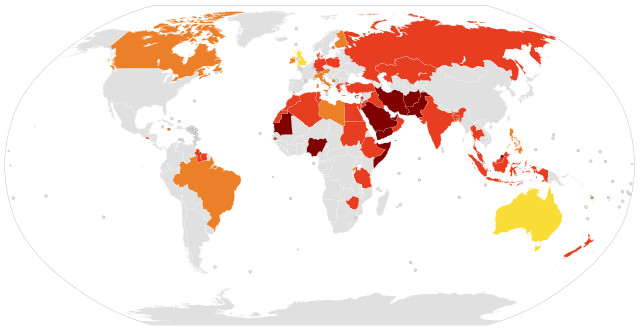 Even with that caveat in part 3, the fact remains that a charge of blasphemy could theoretically land you a prison sentence of up to two years. What constitutes blasphemy? Who knows. Whatever offends you, really, and that’s the problem. One person’s satire is another person’s sacred cow. It’s all in the eye of the beholder.

To be fair, that law hasn’t been successfully applied since 1935. And when Monty Python’s Life of Brian was released in 1979, the law was invoked, but those charges didn’t go anywhere.

But it’s still in the books. That is a problem.

Blasphemous libel serves no purpose in Canadian law or modern-day society, and would likely be found to contravene section 2 of the Canadian Charter of Rights and Freedoms, which protects freedom of expression;

Repealing Canada’s blasphemy law would demonstrate, at home and abroad, Canada’s commitment to the value of free speech for all…

It received enough signatures that Parliament had to respond — and this week, they finally did that. It reads like one of those obligatory responses that supporters or detractors could write, but it’s giving the petitioners some hope that the law could soon be repealed:

In her mandate letter, the Minister of Justice and Attorney General of Canada has been asked to conduct a broad review of our criminal justice system. The Minister’s overarching goal is to ensure our legislation meets the highest standards of equity, fairness, and respect for the rule of law as well as the Constitution of Canada.

Blasphemous libel, along with numerous other provisions of the Criminal Code, are presently under review by the Minister and her officials. The Minister looks forward to addressing these provisions in the course of her mandate.

Ian Bushfield, the Executive Director of the BC Humanist Association, is optimistic about what the statement suggests:

This is a promising response. Canada has become a beacon for tolerance and civil liberties during these tumultuous times. We will continue to press the Minister and the Government to repeal Canada’s blasphemy law as a signal to the world of the importance of freedom of expression.

Bushfield told me he thinks the law “could be repealed by the end of the year.”

This isn’t a minor issue. Ireland also has a blasphemy law that’s the subject of a lot of debate, and a change in Canadian law could put pressure on Irish leaders to do the same.

How’s that for grassroots activism? An online petition may lead to actual change. There’s a long way to go, but the ball is rolling.