What causes climate change? There are people who deny it’s changing at all (or that the changes are negligible). There are people (who know what they’re talking about) who say it has to do with greenhouse gas emissions and our burning of fossil fuels contributes to that.

And then there’s Joseph Farah of right-wing website WND, who says something else entirely. 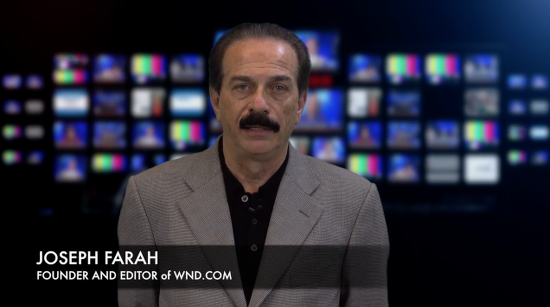 Instead, I have concluded that previous climate catastrophes have been the result of another activity of man — the commission of sin.

While Al Gore and the carbon-phobes have no evidence to support their dire predictions of imminent doom other than computer modeling, those who take my position actually have more than 6,000 years of biblical and historical patterns along with the inerrant Word of God.

It was bound to happen: A Christian radical found a way to blame gay people for global warming.

That said, ignorance is a sin, and not caring about the environment is presumably a sin, and letting God’s Creation rot is probably a sin, too… so maybe Farah’s on to something!

Don’t read the comments on that website, though. They’re even worse than the article.

February 1, 2017
Evangelist Tells Jim Bakker That the Women Who Marched on Washington Were "Driven by Demons"
Next Post