The Christians Supporting the Refugee Ban Have No Faith in Their Own God January 29, 2017 Hemant Mehta

It’s been heartening to see so many atheists on my social media wholeheartedly denouncing Donald Trump‘s ban on refugees (though Trump made an exception for Christians in the Muslim countries he singled out). There’s an embrace of empathy, civil rights, common sense, and whatever Justin Trudeau is doing up north. 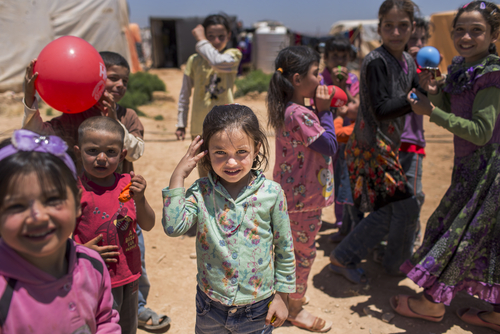 Atheist writer Staks Rosch isn’t afraid of Islamic terrorists hurting him — Christian fundamentalists are much more of a threat — but he points out that the people who are opposing the refugees’ entrance into America seem to have little faith in their God:

The way I see it, human beings are fleeing oppression and we have a secular moral obligation to help. America is a nation of immigrants — many of which came here fleeing oppression. We should be able to empathize with these Syrian refugees. That empathy should compel us to act compassionately and to do what we can to help them. Those religious believers and leaders who oppose allowing Syrian Muslims into this country often talk tough, but they seem to have an overly irrational fear. For people who are convinced that God is watching out for them, they seem awfully worried that he won’t protect them. I have to really wonder about the strength of their faith. Do they really believe “God is on their side?”

Given what happened on Saturday in airports around the country, you have to wonder what Christians will be talking about in church this morning. Will they be talking about what they can do to denounce Trump and welcome refugees? Or will they waste time talking about how Jesus wants us to care for the least of these while never taking any action on it and supporting a President who doesn’t give a damn about anyone but himself?

January 29, 2017 Kudos to Religious Leaders Denouncing Donald Trump's Preferential Treatment for Christian Refugees
Browse Our Archives
What Are Your Thoughts?leave a comment