Let’s give credit where it’s due: There are some decent Christian leaders out there denouncing Donald Trump‘s ban on refugees from certain countries as well as the preferential treatment given to Christians from those same nations. 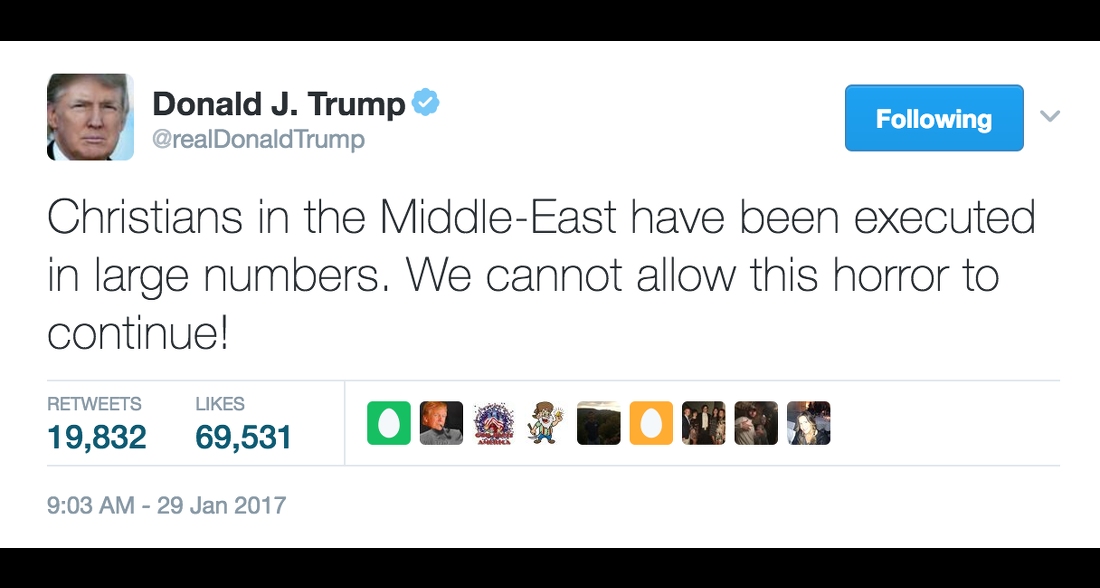 “We believe in assisting all, regardless of their religious beliefs,” said Bishop Joe S. Vásquez, the chairman of the committee on migration for the United States Conference of Catholic Bishops.

Jen Smyers, the director of policy and advocacy for the immigration and refugee program of Church World Service, a ministry affiliated with dozens of Christian denominations, called Friday a “shameful day” in America’s history.

Goodstein points out that President Obama admitted nearly as many Christian refugees (37,521) as Muslim ones (38,901) in 2016, contrary to the lie spread among many conservatives that he admitted no Christians whatsoever.

There are, of course, Christians who applaud Trump’s actions. Franklin Graham, the evangelist without a heart, celebrated the fact that innocent Muslims wouldn’t find a home in the U.S. In 2015, he called for exactly this kind of treatment, saying:

“We should stop all immigration of Muslims to the U.S. until this threat with Islam has been settled. Every Muslim that comes into this country has the potential to be radicalized — and they do their killing to honor their religion and Muhammad.”

As if holy wars were ever going to end. As if Christian radicals had never done anything wrong. (Months after Graham wrote that, a Christian killed three people and injured several more at a Planned Parenthood in Colorado Springs.)

But more power to the religious leaders who denounce Trump’s bigotry. If a church isn’t condemning these actions, what the hell are they doing during services? Figuring out other ways to ruin people’s lives? Patting themselves on the back for being so damn generous?

If you tell people to follow Jesus but see nothing wrong in watching non-Christian refugees suffer, you’re doing it wrong.

January 29, 2017
The Christians Supporting the Refugee Ban Have No Faith in Their Own God
Next Post