Here Are All the Non-Theistic Politicians Currently in Elected Office January 28, 2017 Hemant Mehta

Here Are All the Non-Theistic Politicians Currently in Elected Office

We already know there’s not a single openly non-theistic legislator on Capitol Hill.

But it’s a very different story at the state and city levels, where there are several atheist, Agnostic, and non-theistic legislators. 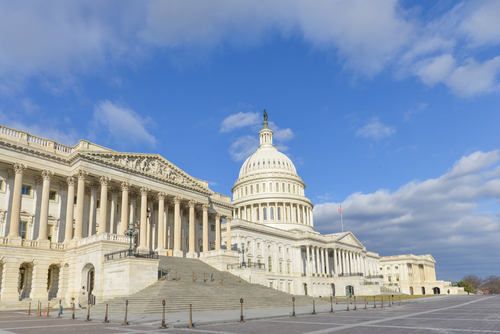 I could use some help compiling a list of who they are. (Who knows? One of them could end up being the next atheist member of Congress.)

You can contribute by going to this spreadsheet and filling out the basic information for anyone who might qualify. I’ve filled in the names of everyone who comes to my mind.

Just to be clear, people like former Reps. Pete Stark and Barney Frank wouldn’t make the cut since they’re no longer in office. And Rep. Kyrsten Sinema, who’s thought to be non-theistic, also wouldn’t be included since she doesn’t discuss her religious views publicly. Ditto with Rep. Jamie Raskin, who says he’s Jewish (and doesn’t use the atheist label) regardless of his religious views.

We’re only looking for out and proud non-religious politicians.

January 28, 2017
Atheists Challenge CA County's Donation to a Church to Build a Homeless Shelter with a Chapel
Next Post

January 29, 2017 That Flood Insurance Would've Come in Handy...
Browse Our Archives
What Are Your Thoughts?leave a comment