Televangelist Rick Joyner: God Visited Our Church as a Cloud and Made It Rain Inside the Building January 26, 2017 Hemant Mehta

Televangelist Rick Joyner: God Visited Our Church as a Cloud and Made It Rain Inside the Building

In a bizarre tangent this morning on MorningStarTV, televangelist Rick Joyner talked about how God appeared at a cloud in his church, moving across the stage. He added that God also caused it to rain inside the building even though it was sunny outside.

The video doesn’t embed, but you can see the segment around the 29:46 mark here: 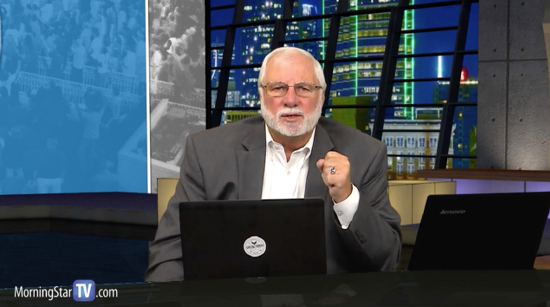 … We’re going to experience the presence of the Lord. Now we’ve had some encounters. As MorningStar knows, we’ve had visitations occasionally. Spectacular ones, with a cloud appearing in the middle of the stage — two or three. Several thousand people saw that cloud — appeared, then move horizontally across the stage. It was like a pillar of cloud.

We’ve had times, when here, in our… it rained inside! Now I’m talking about big raindrops. Got it on video in our archives somewhere… I mean, it was like a downpour, shower, inside the building, and it was clear sunshine outside! It wasn’t the roof leaking or anything.

Thousands of people allegedly watched a cloud drift across the stage at church… and no one thought to take a damn picture? And how did meteorologists miss the indoor tsunami that could not possibly have had any other natural explanation?

God just wants to make His presence known. By appearing to the world as a raincloud. But only in places where no one has a camera and everyone’s really gullible. And nowhere else.

Joyner made a similarly dubious claim in 2012, when he said he saw an amputated finger *almost* grow back through the power of prayer… until the prayer got interrupted.

Joyner’s MorningStar Ministries also invited preacher Todd Bentley on the show in 2015. Bentley said he had personally brought 35 people back from the dead thanks to the power of God and promised to released video of it happening:

Yes, we do have — pray for us because we do have about 50 hours of full HD television footage of everything coming, and we will be releasing the TV footage of all the resurrections, and all the preaching, and all the crusades — there’s actually gonna be some amazing footage coming, for the glory of God.

Those videos were never released either.

January 26, 2017
The Nominees on Donald Trump's Supreme Court Shortlist Are a Threat to Church/State Separation
Next Post