If you want to understand why Donald Trump‘s anti-science administration is so dangerous for the future of this country, be sure to watch Rachel Maddow‘s opening segment from last night’s show.

It covers Trump’s executive orders on the Keystone XL and Dakota Access pipelines, why Scott Pruitt (the nominee to run the Environmental Protection Agency) would be a disaster, and the gag orders already placed on the government’s scientific agencies. 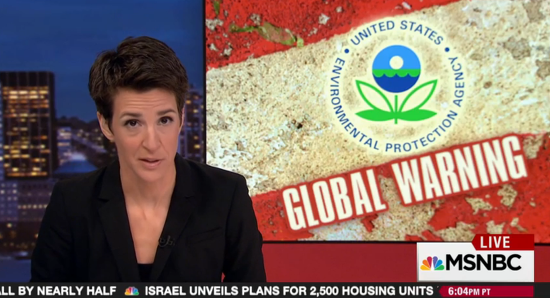 When your “alternative facts” are debunked by reality, Plan B is to shut everybody else up so only your voice is heard.

We’re less than a week into the current administration. It’s not going to get any better unless a handful of Republicans grow a spine and speak out against this.

So it’s not going to get any better.

January 25, 2017 African Celebrity Furious After Church's Anti-Gay Sermon: "I Am a Gay Man... Let God Deal With Me."
Browse Our Archives
What Are Your Thoughts?leave a comment