Thanks to a Loophole, a High School Choir Will Get to Sing in an Italian Basilica on Easter Sunday January 24, 2017 Hemant Mehta

Thanks to a Loophole, a High School Choir Will Get to Sing in an Italian Basilica on Easter Sunday

The Groton-Dunstable Regional High School Chamber Chorus (from Massachusetts) made national headlines last week when they announced they would no longer perform during Easter Sunday Mass at St. Anthony’s Basilica during an upcoming trip to Italy and Croatia.

The schedule change was made after Americans United for Separation of Church and State sent the District a letter warning them of the constitutional violations in play if a public high school choir sang during a Christian worship service. 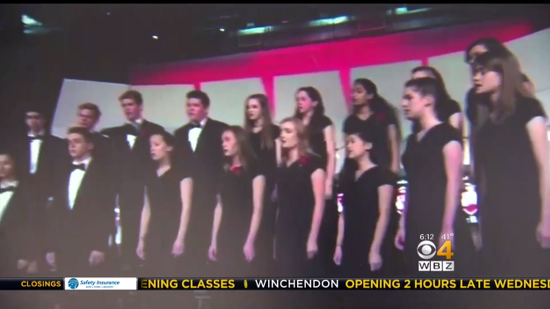 The choir will now be performing at the Basilica… but they won’t be singing during the Easter services. They’ll be singing between them.

Choir Director Tim Savoy, Principal Michael Woodlock, and Superintendent Bill Ryan sent out a public message about the decision, which was then shared on Facebook.

We are pleased to announce that we will, once again, be performing at St. Anthony’s Basilica on Easter Sunday. We will host a concert in the basilica between masses on this day. We will be performing three songs. Keep in mind that this is a complete break in tradition for St. Anthony’s and it speaks to the level to which they were excited for us to perform. It is a great honor that they would alter tradition to allow us to perform on this very special day in their religious year.

It’s unclear if AU is satisfied with this “compromise,” but I suspect they would be since the biggest legal problem is no longer an issue. Performing at a church — though not for a church service — is usually not a problem.

This isn’t about winners and losers. It seems like both sides are getting what they want. The choir gets to perform in a historic building, while AU’s warnings about singing during a Church service are technically being followed. If that’s the end of the story, fantastic.

For what it’s worth, unlike what this headline claims, no prayers were answered here. The District just found a good alternative.

(Screenshot via CBS Boston. Thanks to Brian for the link)

January 24, 2017
Calgary Mom Found Guilty of Negligence After Letting Her Son Die Instead of Taking Him to a Doctor
Next Post