According to the Izard County Sheriff’s Department in Arkansas, the Flat Rock Church and cemetery was vandalized over the weekend with graffiti saying “666,” “Death to God,” “Satan Be With You,” a skull and crossbones, and (bizarrely, since it usually represents the Holy Trinity) “777.” 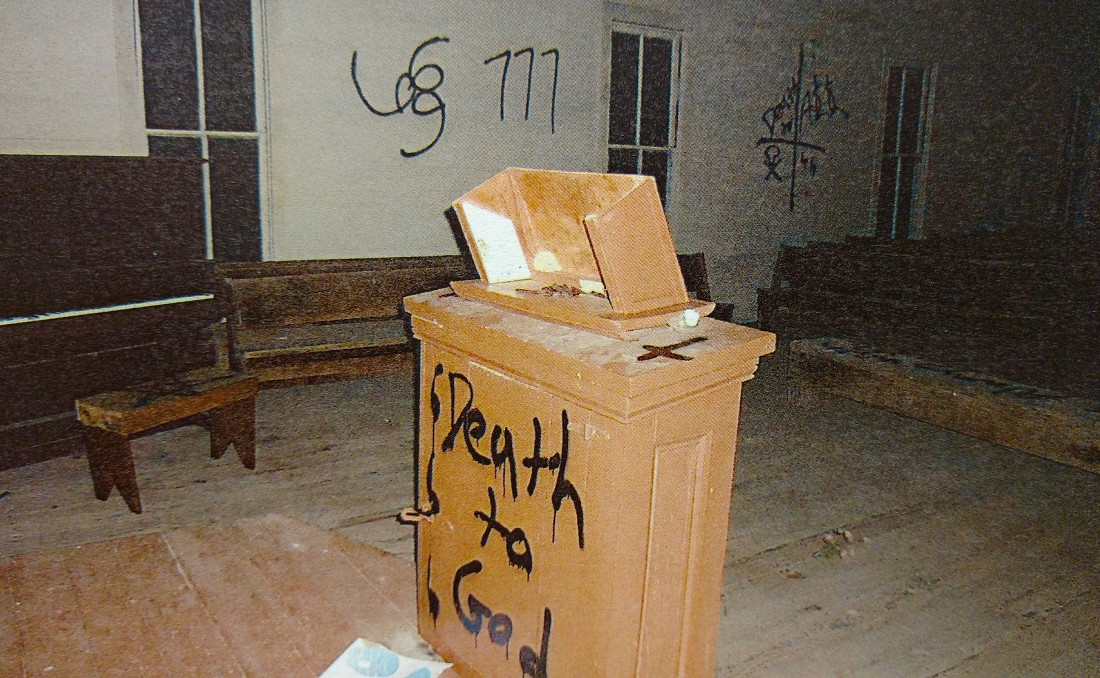 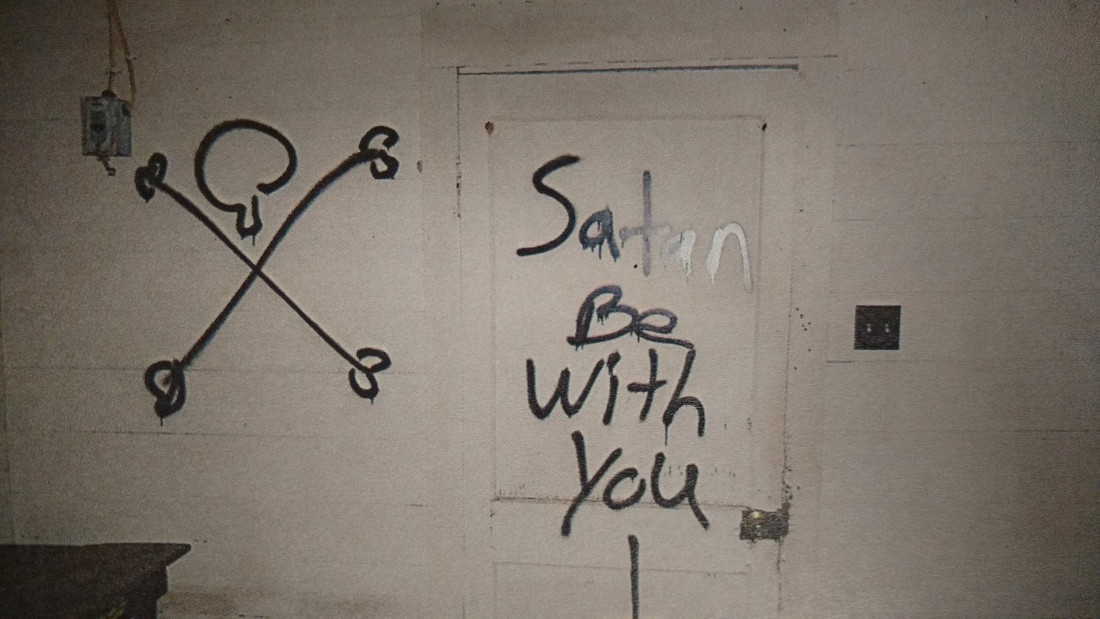 There was even more graffiti on the gravestones in the cemetery.

We don’t know who did this, whether they were trying to promote Satanism or just being assholes, but it should go without saying that this is reprehensible. One bright spot here is the sheer number of commenters on Facebook offering to help with cleanup.

Here’s hoping they catch and punish the culprits.

(Thanks to @SafeLibraries for the link)

January 24, 2017
Thanks to a Loophole, a High School Choir Will Get to Sing in an Italian Basilica on Easter Sunday
Next Post

January 24, 2017 Bus Driver Who Refused Fingerprinting, Calling It the "Mark of the Devil," Sues Former Company
Browse Our Archives
What Are Your Thoughts?leave a comment