Christian Hate-Pastor Tells Congregation How to Convert Hindus: Remind Them Their Lord is Satan

In a lengthy sermon demonizing Hinduism, Christian Hate-Pastor Steven Anderson told his congregation that Hindu references to God in the Bhagavad Gita aren’t referring to the Christian God… they’re referring to Satan.

The whole thing boils down to an angry man screaming about how other people believe a unicorn’s horn is longer than it really is. 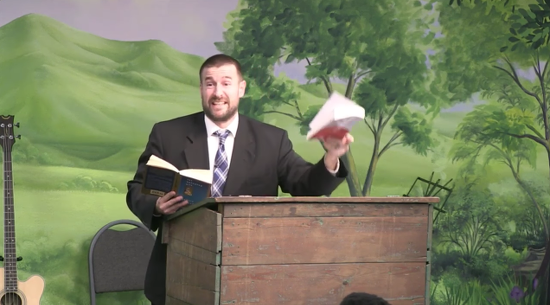 He later told his congregation how to witness to Hindus… by pointing to the Bible. The argument goes like this: Your imaginary friends don’t exist, because my imaginary friend said so!

I’m sure Hindus everywhere are converting as we speak.