Calgary Mom Found Guilty of Negligence After Letting Her Son Die Instead of Taking Him to a Doctor January 24, 2017 Hemant Mehta

In 2013, seven-year-old Ryan Lovett died from strep infection, meningitis, and pneumonia — all treatable infections — because his mother gave him “holistic remedies” instead of taking him to a doctor. 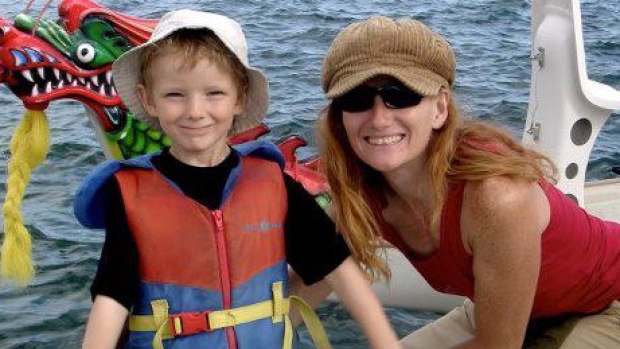 This week, in Calgary, Tamara Lovett was found guilty on charges of negligence. She knew her son was sick, and she didn’t do the one thing that might have saved him.

Lovett testified she gave the boy dandelion tea, oil of oregano and other natural products, and that he seemed to be getting better.

Doctors testified the infection would have been treatable had the boy… been taken to a doctor and given antibiotics.

Ryan did not have a birth certificate and had never seen a doctor because his mother “did not believe in conventional medicine,” Crown prosecutor Jonathan Hak told Court of Queen’s Bench Justice Kristine Eidsvik at the beginning of Lovett’s trial.

It’s irrelevant, by the way, that she loved him and thought her homemade bullshit remedies might help him. A parent’s willful ignorance isn’t an excuse for the death of a child. If she was a more responsible parent, Ryan would still be alive right now.

Her sentencing will occur later this summer.

This is the second case of neglect leading to a child’s death in Alberta in recent memory. David and Collet Stephan let their 19-month-old son die in 2012 for similar reasons. While also guilty, their sentences, handed down in June, were incredibly light, much to the disappointment of those seeking justice on behalf of their child.

January 24, 2017 Thanks to a Loophole, a High School Choir Will Get to Sing in an Italian Basilica on Easter Sunday
Browse Our Archives
What Are Your Thoughts?leave a comment