Bus Driver Who Refused Fingerprinting, Calling It the “Mark of the Devil,” Sues Former Company

For more than 14 years, Bonnie F. Kaite drove a bus for Altoona Student Transportation, transporting students to and from Altoona Area School District. But in November of 2015, a new Pennsylvania law (following the Jerry Sandusky-Penn State scandal) required people who work with children to undergo a more thorough background check that included fingerprints. 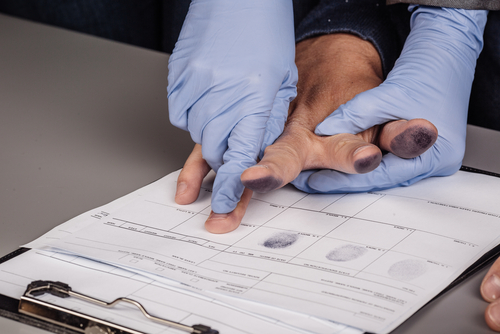 Somehow, she argued, that simple request was a violation of her faith because getting fingerprints taken would prevent her from entering Heaven. (Seriously.)

It’s the subject of a lawsuit Kaite filed this month against her former company.

Kaite… told Defendant that it violates her Christian religious beliefs to be fingerprinted and requested an accommodation by asking if she could undergo a different form of background check that did not involve fingerprinting.

Kaite believes that the Book of Revelation prohibits the “mark of the devil,” which she believes includes fingerprinting, and that she will not get into Heaven if she submits to fingerprinting.

One important aspect of her argument is that a colleague whose fingerprints couldn’t be read by the machine was apparently allowed to use an alternative method of identification — but Kaite was unable to request that same accommodation.

Because of her refusal to go through the full background check, she was fired in December of 2015.

(In case you’re wondering, the Altoona Mirror reports that Kaite “does not belong to a specific church but has a religious adviser.” Whatever that means.

The question comes down to whether someone’s religious beliefs, however irrational and delusional, are a legitimate excuse for avoiding this law. If she wins, who knows how else the decision would be applied. It seems fair to say, though, that asking employees to have their fingerprints taken is not a real burden on their freedom of religion. Let’s hope that’s reason enough to reject her claim.