Pastor Robert Jeffress: Donald Trump “Had the Most Prayers of Any Inauguration in History” January 22, 2017 Hemant Mehta

Pastor Robert Jeffress: Donald Trump “Had the Most Prayers of Any Inauguration in History”

Pastor Robert Jeffress, the anti-gay, anti-Mormon, anti-Islamic Southern Baptist preacher who also serves as a Fox News contributor, delivered a private sermon to Donald Trump‘s family just before his inauguration. When he talked about it the next day on Fox & Friends, he pulled this statistic straight out of his ass. 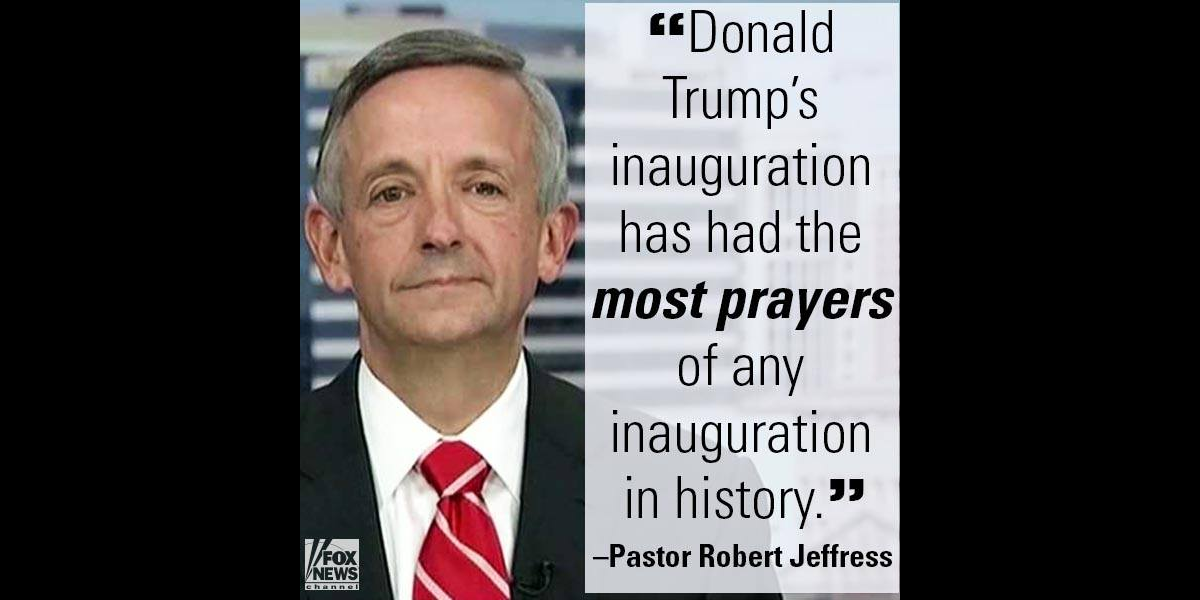 STEVE DOOCY: There are a lot of people praying for this President.

JEFFRESS: And he is aware of that. I talked to him two weeks ago in Trump Tower. He is grateful for the prayers of all Americans, and isn’t it interesting that Donald Trump’s inauguration has had the most prayers of any inauguration in history? And that’s why I say: This secular billionaire from New York City is going to end up being the most faith-friendly President we’ve ever had.

There are two ways to take this statement:

The first is that Jeffress is referring to the six invocations delivered before and after Trump’s inauguration. (President Obama, by contrast, had two.) It was yet another bit of pandering to the Religious Right since the pastors included two evangelicals, a televangelist, and a preacher of the prosperity gospel. There was also Catholic Cardinal Timothy Dolan (another Christ believer) and an Orthodox Jewish rabbi (who knows the family of Trump’s son-in-law, Jared Kushner).

Was it faith friendly? Not really. It was just Christian-friendly (with a token “other” whom Trump knew personally).

The other interpretation is that Jeffress was referring to the prayers of all Americans, since he was responding to Doocy’s comments about exactly that. In that case, I don’t know where he’s getting his information from. It sure as hell had nothing to do with the number of people who attended Trump’s inauguration, since it was much lower that what Obama saw in 2009. I’m also not sure how anyone could fact-check such a statement… but Jeffress didn’t elaborate on his data and (of course) no one from Fox News bothered to ask him about it.

I wouldn’t be surprised if he was right, though.

I’m sure a lot of people are praying for protection from this administration. 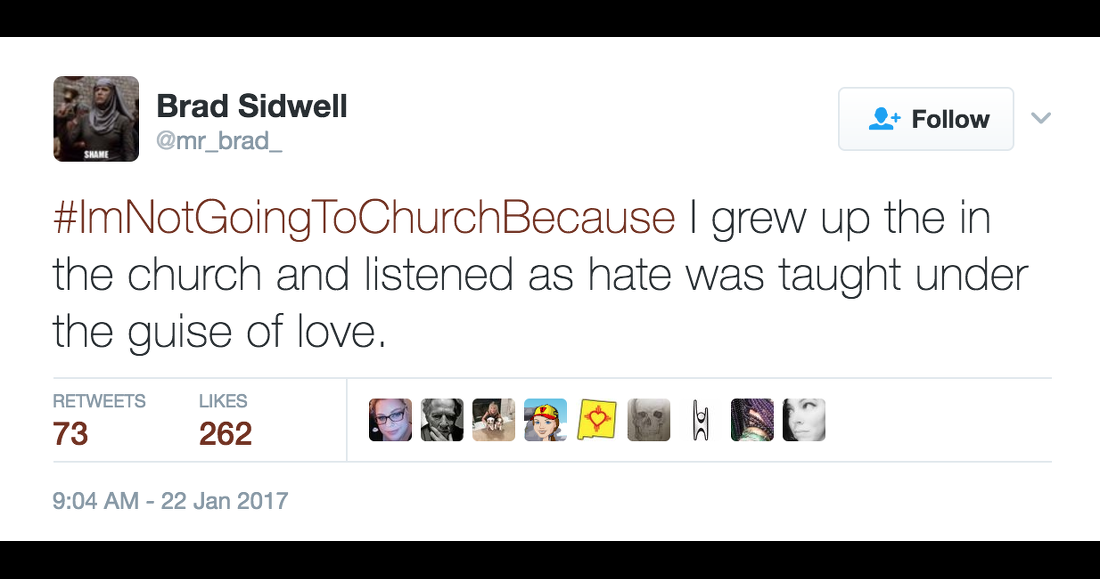 January 22, 2017
There Are Some Sobering Truths for Pastors at the #ImNotGoingToChurchBecause Hashtag
Next Post

January 22, 2017 Podcast Ep. 145: Maggie Garrett, Legislative Director for Americans United
Browse Our Archives
What Are Your Thoughts?leave a comment