The Christian Spectrum of U.S. Presidents

Who said the U.S. presidents aren’t religiously diverse? The Pew Research Center shows us that they run the gamut from Christian to other-kinds-of-Christian. 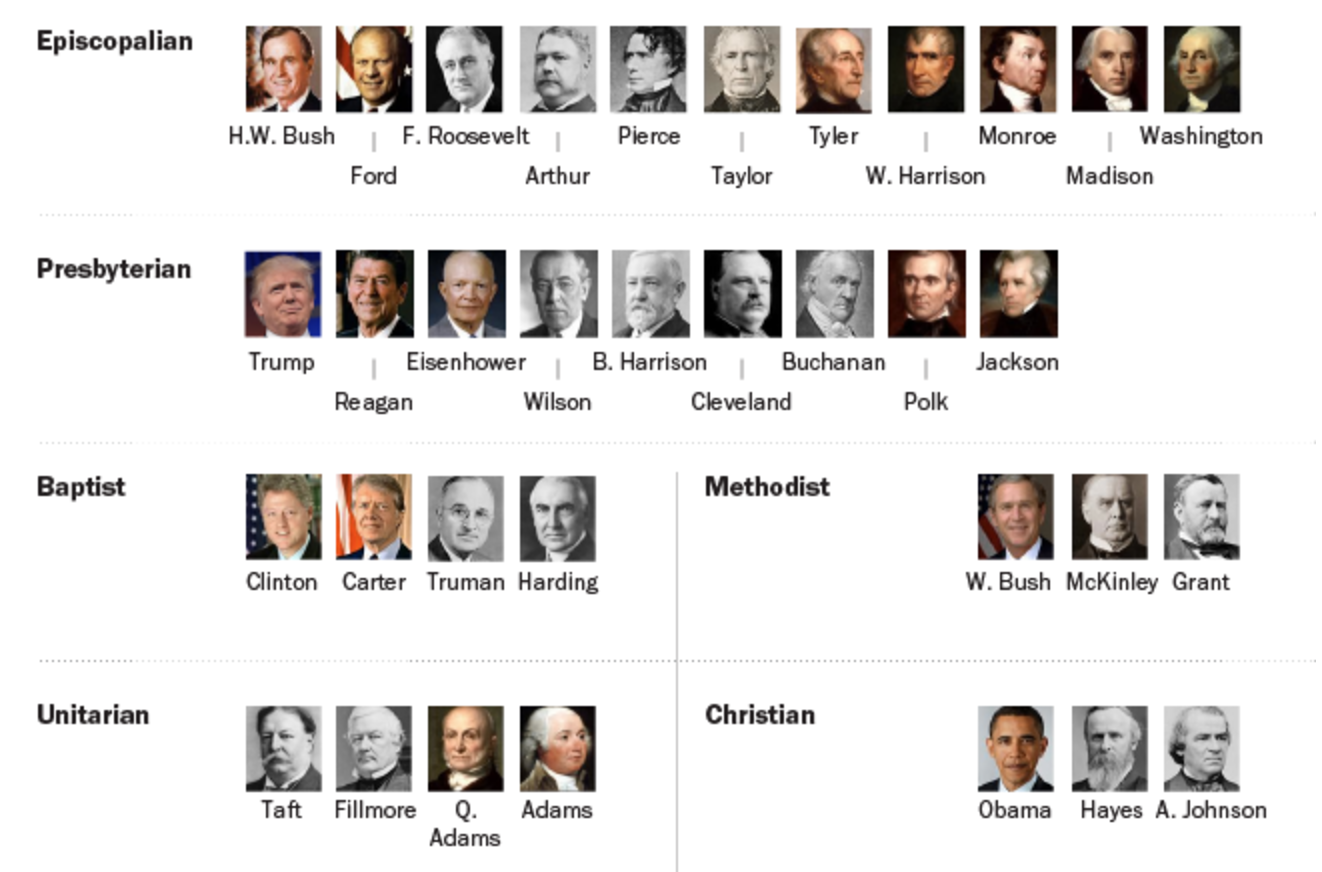 You can see the full image here.

All of them publicly believed in God — though Abraham Lincoln‘s faith has long been debated and Thomas Jefferson didn’t necessarily believe in the Jesus stuff.

The percentage of non-religious Americans has been on the rise for a long time, but our representation on Capitol Hill and in the White House is non-existent. Women have made tremendous strides in Congress and Hillary Clinton won the popular vote, yet atheists are still political poison.

What’s scary under the Donald Trump administration is that he appears to have no desire to represent people who aren’t conservative Christians. If Vladimir Putin ever lets go of the puppet strings, it’ll just be handed off to the Religious Right. Scary times.