Televangelist Jim Bakker: Those Joining the Women’s March on Washington Want to “Kill Their Babies”

I don’t think I will ever understand why so many conservatives foolishly refused to admit President Obama was a Christian while foolishly insisting Donald Trump is one. Knowing that Trump will be an unmitigated disaster, why the hell would you be proud of having him in your camp?

Then again, if you’re televangelist Jim Bakker, you don’t hold honestly or ethics in very high regard.

On his show this week, Bakker and his guest Carl Gallups talked about how Trump, the “born again” Christian, will be so amazing that he will inevitably be succeeded by Mike Pence and Eric Trump. (I just shuddered…)

They also condemned women participating in a major protest this weekend. 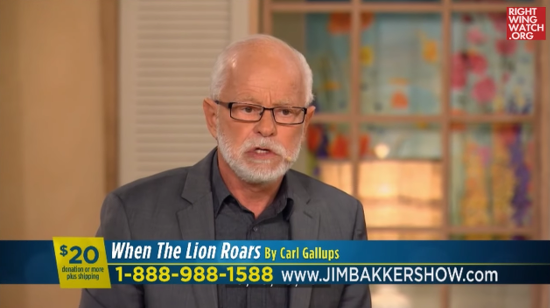 Bakker said that Saturday’s Women’s March on Washington was really a celebration of women who want to murder their children.

Bakker said that Trump is in a war against pure demonic evil — “you’re seeing the warfare between good and evil” — and attacked the people participating in the Women’s March on Washington as wicked women who want to “kill their babies.”

Besides the fact that a fetus isn’t a baby, even that would happen far less often if conservatives would join the push for affordable and accessible birth control and contraception. It works.

January 20, 2017
Donald Trump's Faith-Obsessed Cabinet in a Nutshell
Next Post 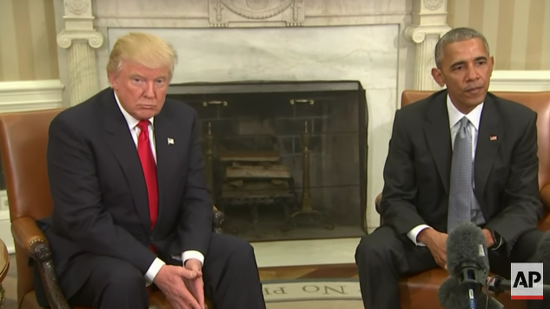 January 20, 2017 Former Christian to Evangelicals Who Feared Obama: "Today Is the Day You Are Proven Wrong"
Browse Our Archives
What Are Your Thoughts?leave a comment