Notoriously out of touch with reality, evangelist Franklin Graham didn’t disappoint on Martin Luther King Day by quoting the civil rights leader in a Facebook post all about how hard Christians in America have it.

Today is Religious Freedom Day. Dr. Martin Luther King, Jr. once said, “There comes a time when one must take a position that is neither safe, nor politic, nor popular, but he must take it because conscience tells him it is right.” Christians in America and around the world are taking that stand every day for their religious beliefs. As Tony Perkins said in this Fox News article, “Everywhere there is air, there must be the freedom of conscience, the freedom of religion, and we must exercise it.” With Donald J. Trump and a new administration about to take office in Washington, l am praying that our freedom to publicly live out our faith in this country will be preserved. Let’s continue to pray for that and to stand boldly for God and His Word.

Certainly, Christians facing legitimate persecution around the world can relate to Dr. King and his dedication to civil rights. But it continues to baffle me that American Christianity is supposedly in peril when Trump’s Cabinet is stocked with self-professing evangelical Christians.

Add to that the 241 Protestant House members and the 58 more in the Senate — both of which have a Republican majority — and it’s easy to see there are more Christians in power than ever before.

It makes you wonder what color the sky is in Graham’s world. How much more social and political privilege does he need before it’s finally enough? 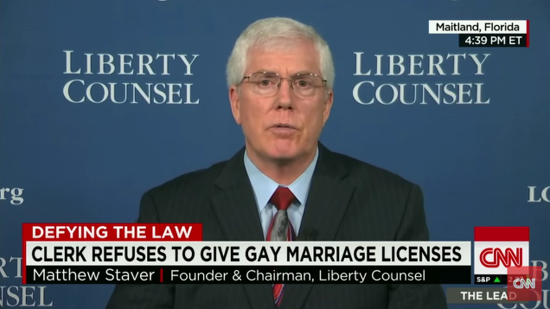 January 18, 2017 Religious Right Leaders Are Furious at Right Wing Watch for Quoting Them Verbatim
Browse Our Archives
What Are Your Thoughts?leave a comment