Gallup Poll: 1.9% of “Highly Religious” Americans Are LGBT, but the Number Jumps to 7% Among Nones January 14, 2017 Hemant Mehta

Gallup Poll: 1.9% of “Highly Religious” Americans Are LGBT, but the Number Jumps to 7% Among Nones

A new Gallup poll finds that more than 10 million Americans (4.1%) now identify as LGBT, continuing a trend that’s been going on for years now and suggesting that it’s becoming safer to be open about your non-traditional sexual orientation.

It’s the part about their religious backgrounds, though, where you can really see the contrast. 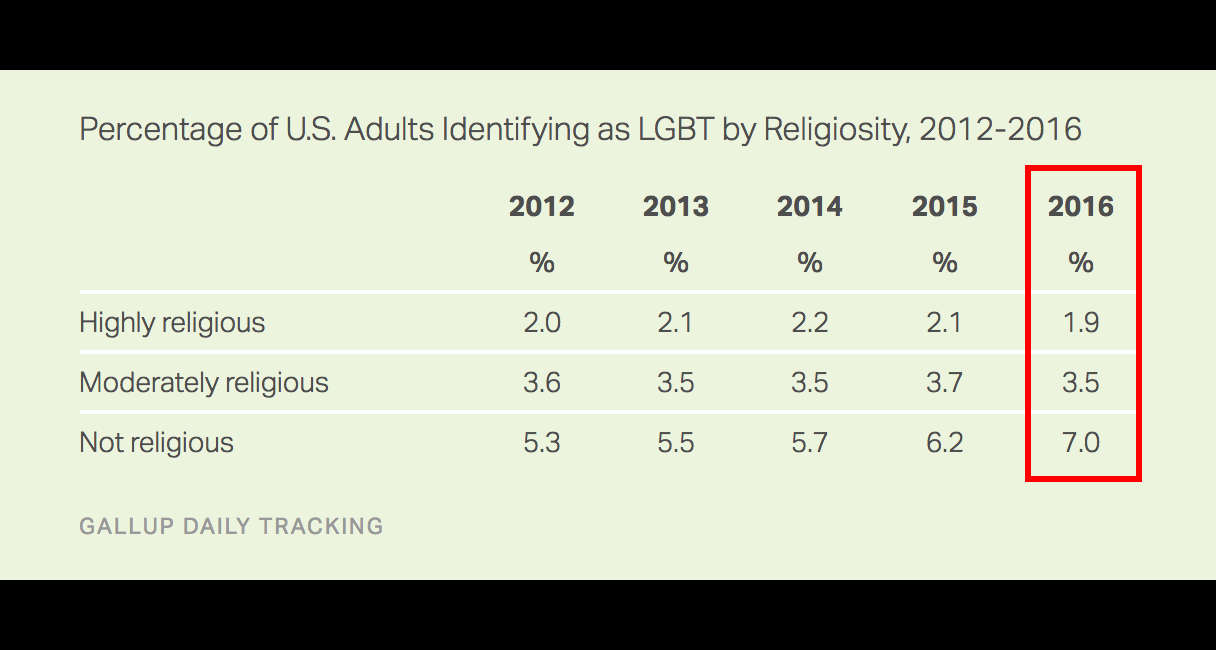 That chart shows you that only 1.9% of people who say they’re “highly religious” identify as LGBT while 7% of non-religious people can do the same. Does that surprise anyone? As reader Alan told me in an email, “that shows once the shackles of an organized or mainstream religion are removed, people are more likely to self-identify.”

Maybe the question religious leaders should be asking themselves is whether people who identify as LGBT would be safe telling people about it in their churches, temples, or synagogues.

The longer the answer remains no, the quicker they’ll learn to walk out of those religious institutions for good.