Ugandan Politician Allegedly Buried With $55,000 in Coffin (So God Will Forgive His Sins) January 13, 2017 Hemant Mehta

Ugandan Politician Allegedly Buried With $55,000 in Coffin (So God Will Forgive His Sins)

According to African news sources — so take this with a grain of salt — a former Ugandan government official, Charles Obong, was buried last month alongside 200,000,000 Ugandan shillings (about $55,250 USD) as a way to “appease God for the deceased’s earthly sins.”

Because God loves a bribe. 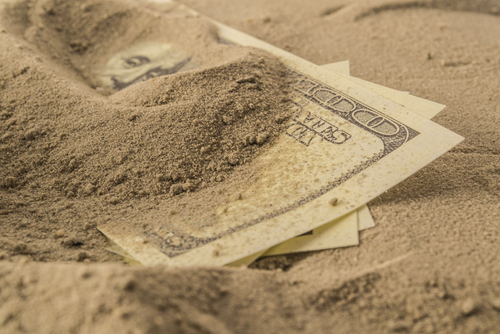 The money was to be given to God on the Day of Judgment as an offertory so that his sins could be forgiven. Even though the exact sin was not stated, he asked his brother and sister to ensure that his wife does as he instructed.

It didn’t even work. His body was exhumed last week, and they only found a portion of the money still in the coffin:

The instructions of his will were violated last Saturday after his remains were exhumed and $5,700 recovered.

“The money has disappeared and we are holding a meeting in Apac District early next week to iron out the matter,” a close relative of the deceased said.

Only $5,700 were left over. I guess the criminals figured they needed to tithe God after the theft.

If only Obong had written a check instead.

Either way, it’s a tremendous waste of money based on a delusion. At least it was his own savings. But before any religious people roll their eyes and criticize what he did, they should remember that many Americans do this sort of thing all the time. They give money to their churches without demanding any accountability. The church leaders have no need to be transparent with their budget and the congregation is never told how that cash is being spent. For all we know, it’s no better than dumping money into a dumpster and setting it on fire.

January 13, 2017
An Atheist Prisoner Had to Enroll in a Religious Treatment Program for a Chance At Early Release
Next Post