There’s No Angel in These Clouds Unless You’re Really Desperate to See One January 13, 2017 Hemant Mehta

It’s disturbing enough when people claim there are images in clouds — not just for amusement but because they actually think there’s something symbolic or significant there.

It’s even more disturbing when a scientist lends credibility to the pareidolia. But that’s what KGET’s Chief Meteorologist Alissa Carlson (serving Bakersfield, California) did last night on Facebook: 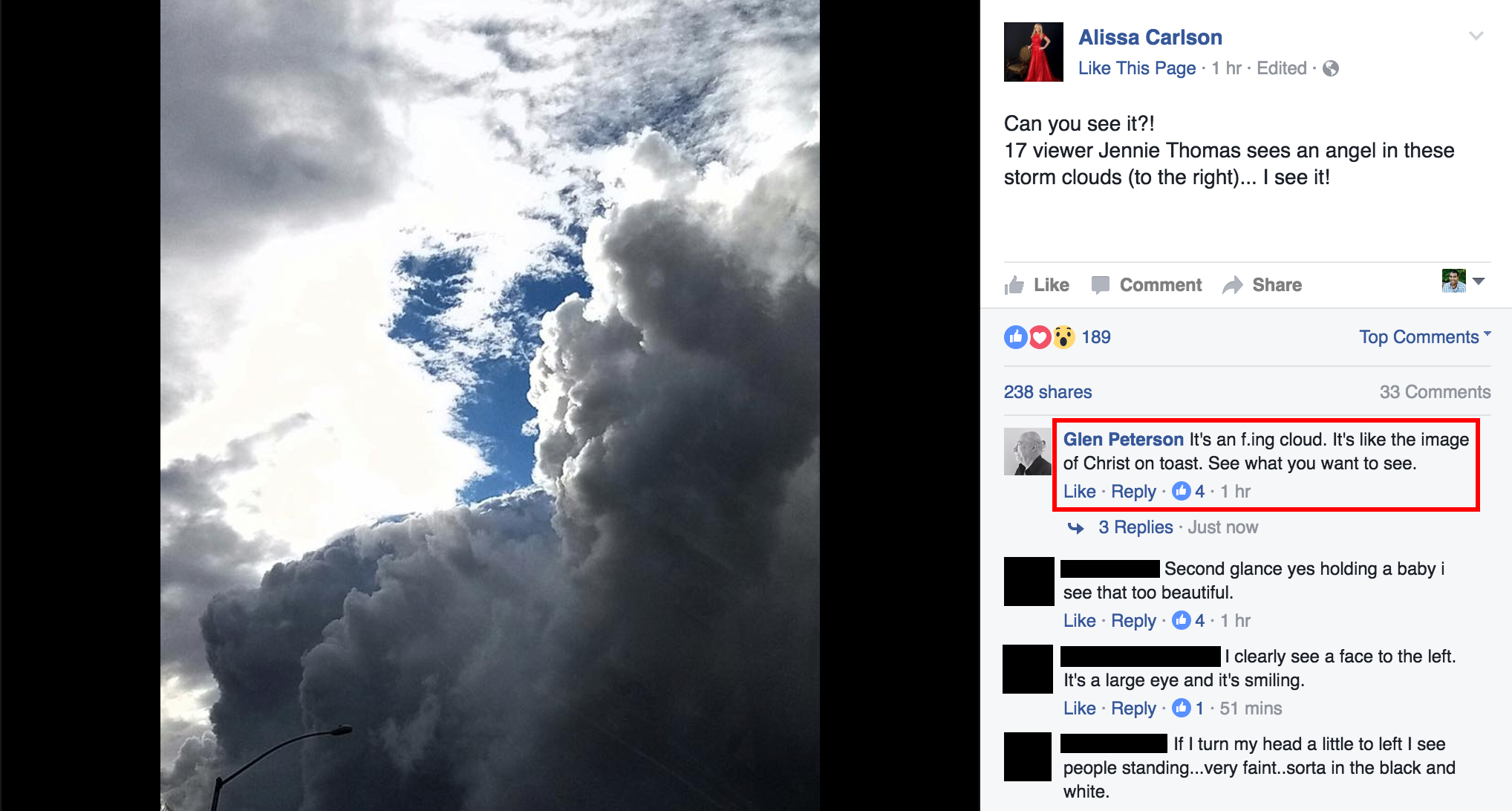 Can you see it?!
17 viewer Jennie Thomas sees an angel in these storm clouds (to the right)… I see it!

At what point do scientists have an obligation to be killjoys and just say there’s nothing there? Because there isn’t. It might be cute if a kid can see shapes or faces in the clouds, but it’s downright embarrassing for an adult to claim there’s more to the clouds than… clouds.

Hats off the commenter who chimed in with, “It’s an f.ing cloud. It’s like the image of Christ on toast. See what you want to see.”

At least someone’s willing to state the obvious.

(Thanks to Olivia for the link)

January 12, 2017
An Independent Baptist Preacher is Trying to Out-Bigot Steven Anderson
Next Post