Flight 666 to HEL on Friday the 13th Has Landed Safely

Saying that a flight from Copenhagen to Helsinki went without incident wouldn’t have been newsworthy at all, so let’s all celebrate the fact that Flight 666 to HEL somehow didn’t crash on Friday the 13th. 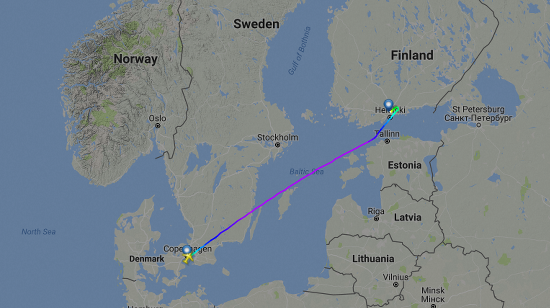 Can you imagine the reactions on that flight if there was so much as a second of turbulence…?

Takeoff for the 13-year-old plane (I’m not kidding) was delayed by one minute (JUST LIKE THE CONSPIRACISTS WARNED) but the flight went without incident.

Give credit to the pilot, who dismissed any talk of superstition:

Despite flying to hell on Friday the 13th, pilot on the route Juha-Pekka Keidasto said he doesn’t fear the journey.

“It has been quite a joke among the pilots,” he said previously.

He added: “I’m not a superstitious man. It’s only a coincidence for me.

“If there’s some passenger who is anxious about this 666, our cabin crew is always happy to help them.”

The flight landed 19 minutes early. I fully expect the ticket stubs to be selling online by the end of the day.

(via Gizmodo. Screenshot via FlightRadar24)

January 13, 2017
On the Tonight Show, Comedian Nick Thune Joked About What He'd Say As a Christian Youth Pastor
Next Post