CA School Board Member: Kids Shouldn’t Learn About LGBT People Because It Violates My Faith

Mike Dunn, the school board president in Conejo Valley, California, told a parent in an email that he opposed a curriculum change because it conflicted with his Catholic faith. As if anyone cares. 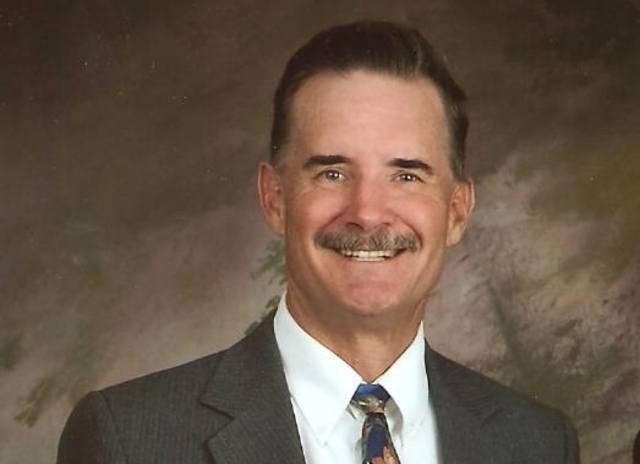 When a parent contacted Dunn, critical of his position against the new framework, he responded with a note referencing his religion: 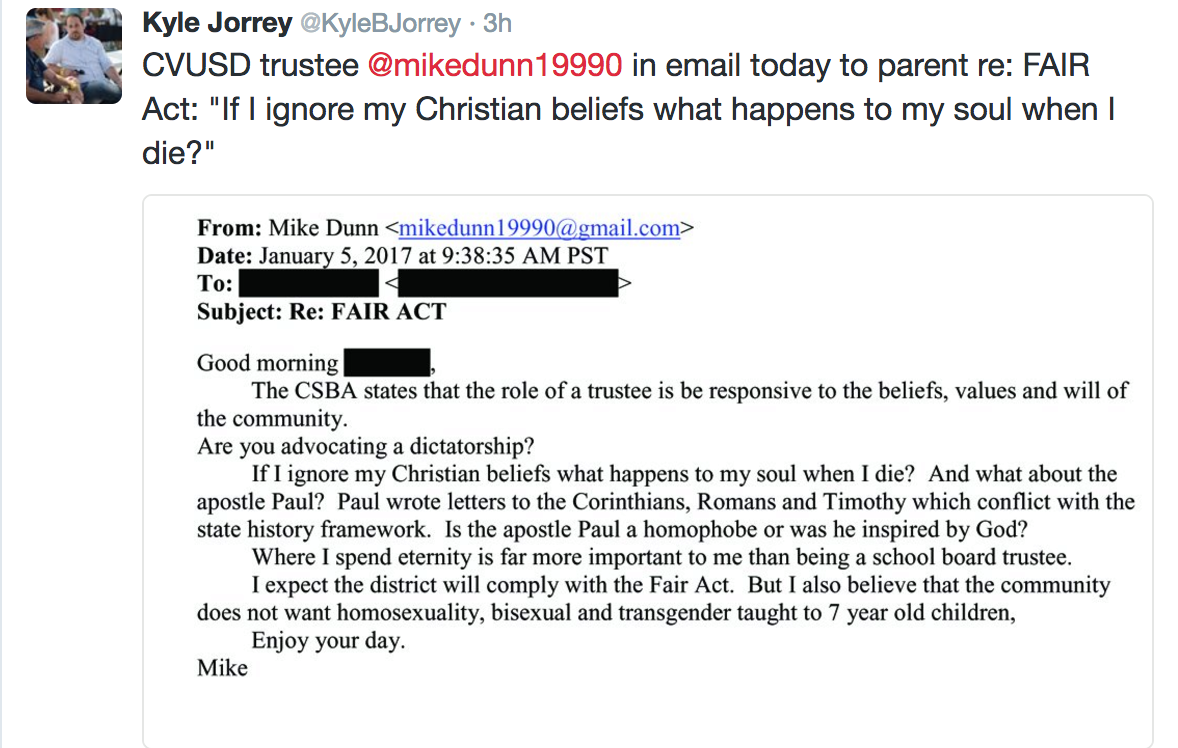 The [California School Boards Association] states that the role of a trustee is be responsible to the beliefs, values and will of the community.

Are you advocating a dictatorship?

If I ignore my Christian beliefs what happens to my soul when I die? And what about the apostle Paul? Paul wrote letters to Corinthians, Romans and Timothy which conflict with the state history framework. Is the apostle Paul a homophobe or was he inspired by God?

Where I spend eternity is far more important to me than being a school board trustee.

I expect the district will comply with the Fair Act. But I also believe that the community does not want homosexuality, bisexual and transgender [sic] taught to 7 year old children,

It’s a response that lacks any semblance of substance. If Catholics opposed math, Dunn would be against that, too.

He told a local newspaper that he would not vote for the new framework and that he was “sensitive to the reaction from mothers if we start promoting homosexuality.”

As if reading stories to children in which LGBT characters are treated like human beings is some sort of recruitment tool for the Gay Agenda.

That’s no exaggeration. This isn’t even the first time his religious beliefs have affected his policy decisions:

Last August, he voted against a new state-mandated sexual education curriculum after he said it conflicted with the teachings of the Catholic Church. Prior to that, in November 2015, he refused to vote on a change to district policy that allowed transgender students to play on sports teams with the gender they identify with because he felt it was part of the “LGBT agenda.”

He’s a faith-based bigot who asked for a role helping run public schools. He shouldn’t have run and it’s a shame he got elected. But hopefully, the more sensible school board members outnumber him.

The next school board meeting takes place on Tuesday. Hopefully, a lot of citizens will be there to condemn Dunn’s position.

(Image via IAmAnonymousMommy. Thanks to Brian for the link)

January 13, 2017
Ugandan Politician Allegedly Buried With $55,000 in Coffin (So God Will Forgive His Sins)
Next Post

January 13, 2017 Father Who Let His Child Die of Meningitis is Once Again Promoting Harmful Alternative Medicine
Browse Our Archives
What Are Your Thoughts?leave a comment