In case any local taxpayers are interested, this is what the Greenwood Police Department in Missouri does with their time: They put their cars in the shape of a cross in order to promote Christianity on Facebook. 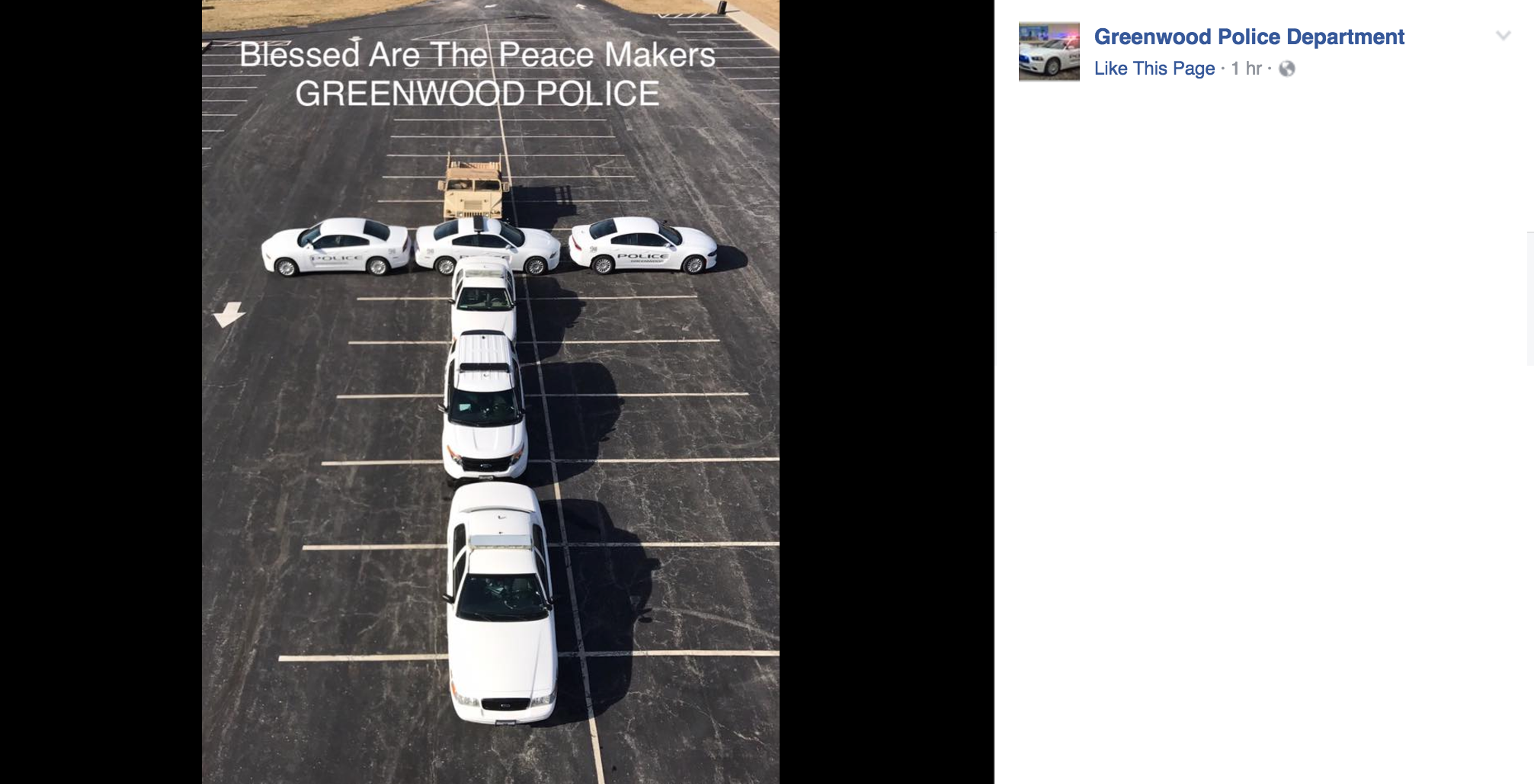 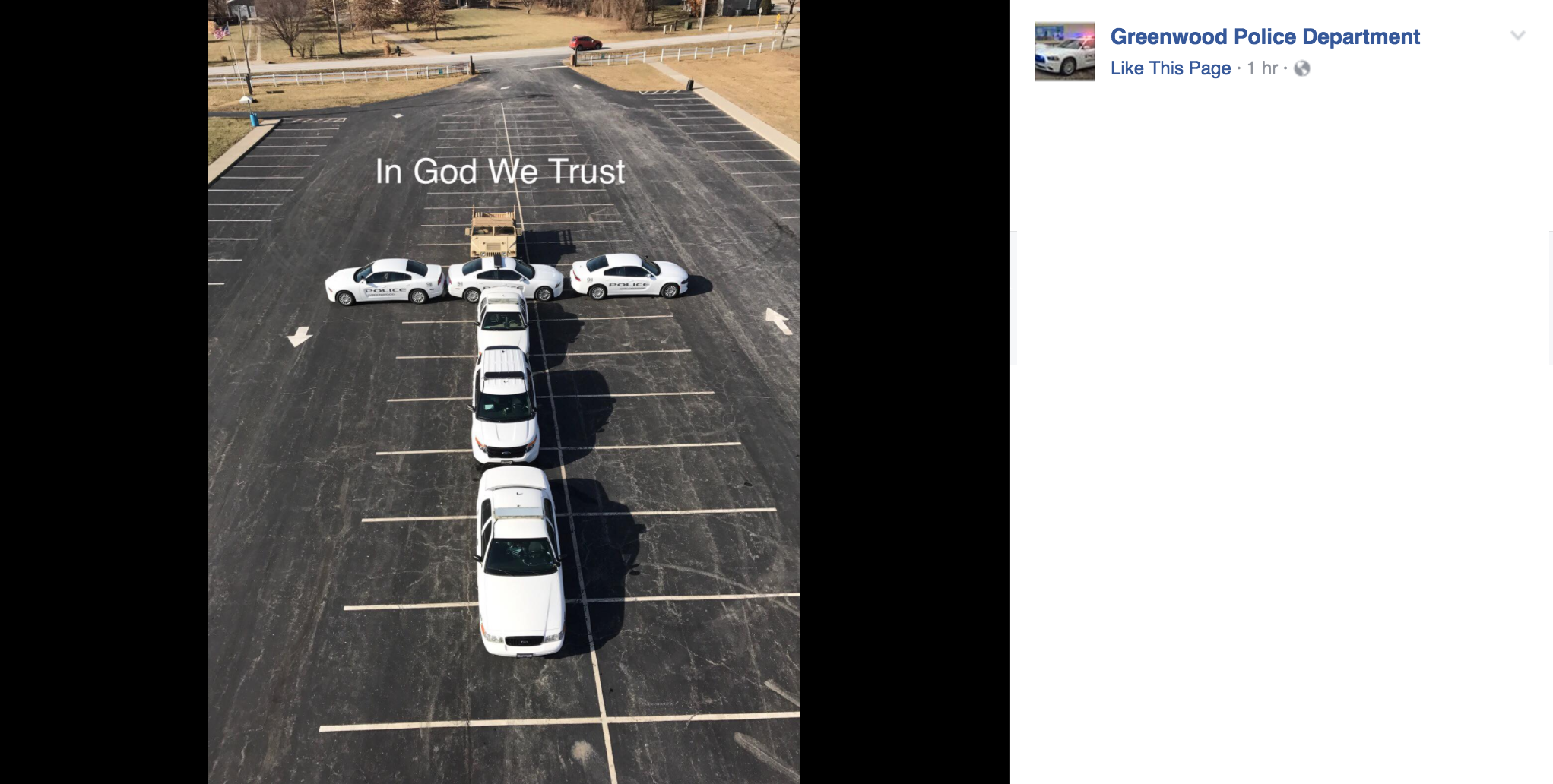 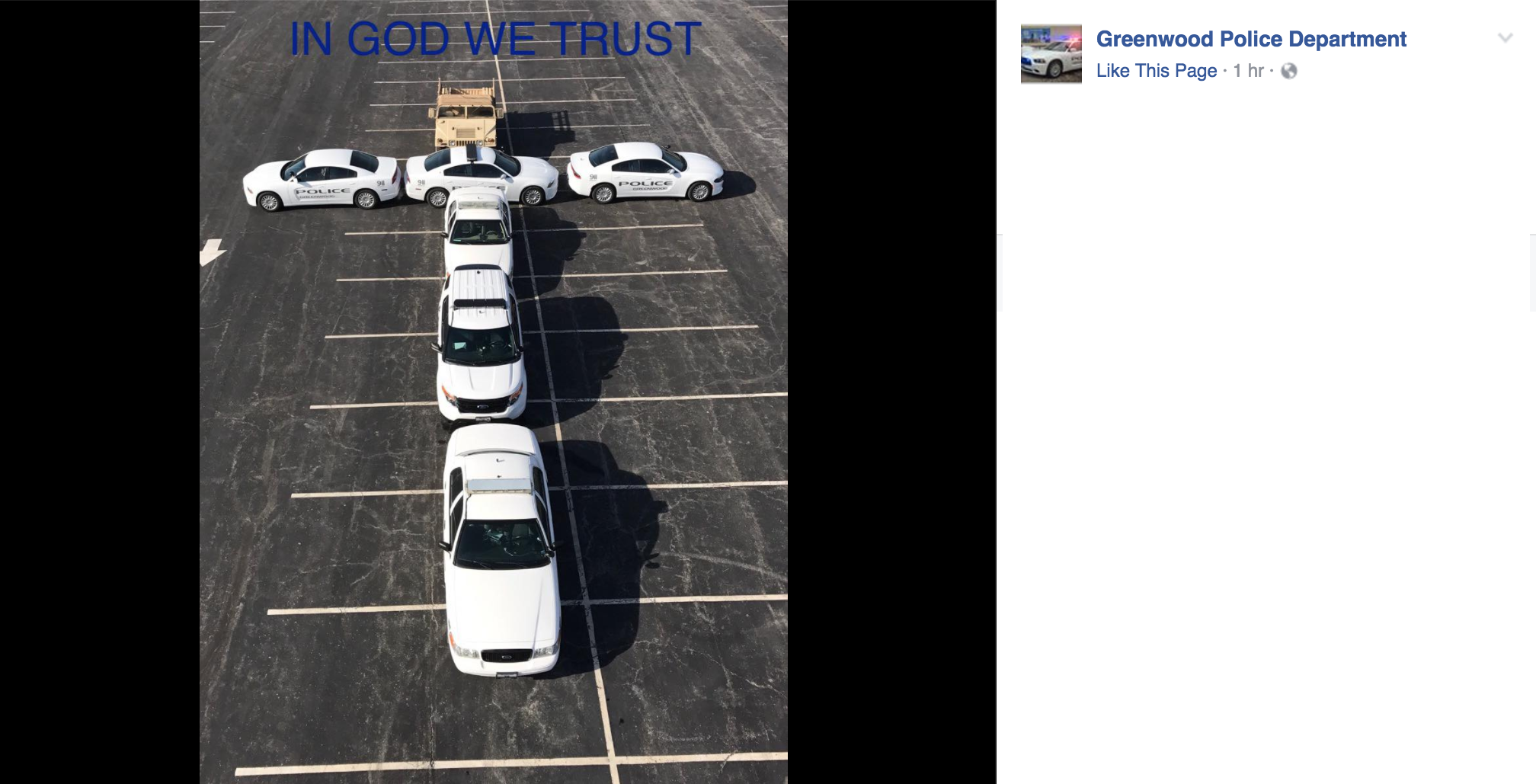 Good thing they made multiple versions of that image. Otherwise how would we know which God is watching over us instead of them…?

Other departments have toed the line by simply putting the phrase “In God We Trust” on vehicles. There’s not much church/state separation activists can do about that since they can just say “It’s the national motto!” They’ll gladly lie about their motivations if it means they get to promote their faith. (How’s that for hypocrisy?)

But by going an extra step and explicitly putting the cars in the shape of a Christian symbol, there’s no way to deny the religious purpose of this message.

FFRF has been notified.

(Thanks to a tipster for the link)

January 12, 2017
Lesbian Couple Will Serve as Co-Pastors at a Progressive Baptist Church in D.C.
Next Post