Christians Will March in Circles Around D.C. to Destroy the “Spiritual Walls” of God’s Enemies January 12, 2017 Hemant Mehta

Christians Will March in Circles Around D.C. to Destroy the “Spiritual Walls” of God’s Enemies

Given all the ways the Religious Right will work to replace the Constitution with the Bible over the next few years, let’s take a moment to thank the Christians who have no greater goal than to waste their own time.

A group called Intercessors For America is planning a week of events leading up to the inauguration of Donald Trump, and all of them are useless. 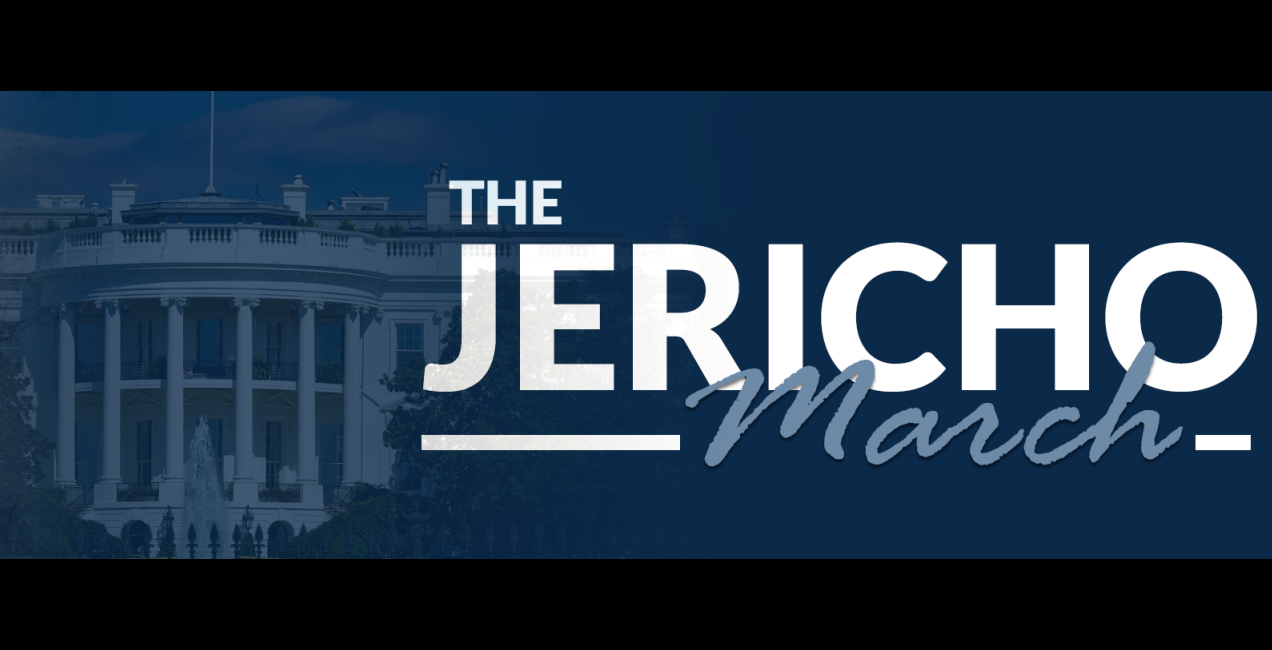 … starting on Jan. 13, 2017, we will begin a seven-day Jericho march around the White House and Capitol, culminating with a mighty “shout” by believers across the nation as President-elect Donald Trump takes the oath of office and is installed as our new president of the United States of America…

1. Jan. 14-19 — Teams of intercessors will be prayer walking (marching) around the U.S. Capitol and the White House complex, declaring the coming presence of our Lord and destruction of the walls of protection around those [who] oppose Him. Those not able to be in D.C. during these times may do the same during their prayer times.

2. Jan. 20 — As President Trump finishes his oath of office, at the moment of the power transition, all intercessors are instructed to shout to the Lord with faith and expectation that the spiritual walls will be destroyed at that moment. For those not in D.C., please do this wherever you are, and consider joining thousands across this nation by dialing 712-432-0075, then enter the code 1412452#. The call will start at the beginning of the Inauguration ceremony.

So… praying and walking and shouting (but only at a particular time or else it doesn’t count). If they mix up the order, I assume that’s when God moves on to those starving African children. Because priorities.

I guess it’s better to tear down a wall that doesn’t exist than build one we don’t need.

January 12, 2017
Tennessee Legislator Files Bill to Put "In God We Trust" On All License Plates
Next Post