Warren Allen Smith, Author of Who’s Who in Hell, Has Died 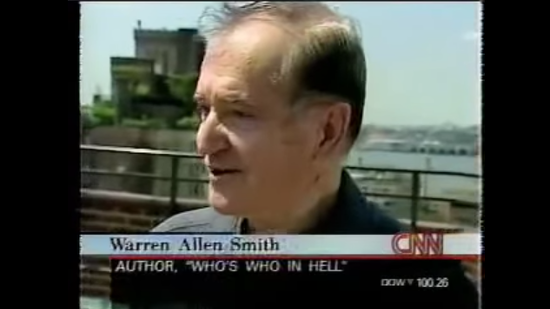 While the name may not be familiar to younger atheists, he may be best known for putting together a massive compilation of famous atheists (living and dead) long before Wikipedia ever existed. His 1,237-page book showed that wonderful, moral, courageous people shared a disbelief in God’s existence, and it had a brilliant tongue-in-cheek title: Who’s Who in Hell. He later wrote a sequel called Celebrities in Hell.

I received a call about 6:00 from Atria, the assisted living facility in which Warren resided. Staff apparently checked in on Warren when he did now show up for dinner. They found him unconscience and non-responsive. No injuries or anything, and apparently he passed away peacefully and in his sleep

He certainly had quite a run.

Warren asked that he be cremated and specified that no memorial was to be held.

Beyond his atheism, he was also a World War II veteran and gay activist who was present at the Stonewall Riots. He never stopped fighting for what he believed in — or, rather, didn’t — even when it came at significant personal risk.

You can read more about his life right here.