Donald Trump will be meeting today with Robert F. Kennedy Jr., a notorious anti-science advocate who falsely claims there’s a link between vaccines and autism.

Given Trump’s own anti-vaxxer beliefs, it’s a troubling sign that Kennedy could have some influence on public policy. 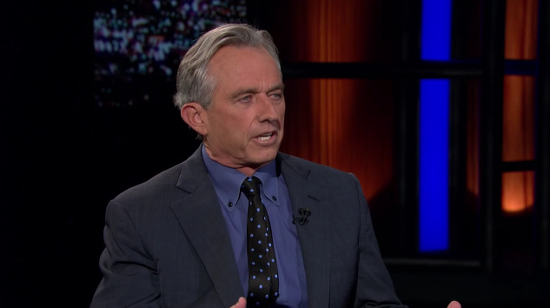 “They can put anything they want in that vaccine and they have no accountability for it,” Kennedy said during a 2015 appearance in Sacramento.

The best we can hope for is that Trump is holding the meeting for show, as he did with Al Gore, and he isn’t actually listening to anything being said. Maybe another actor will make a speech denouncing him just before the meeting and distract him. That’s the way we protect children in the Trump era.

Kennedy appeared on an episode of Real Time with Bill Maher in 2015 (Maher has been criticized by many science advocates for his less-than-enthusiastic position on vaccines):

(via Raw Story. Thanks to Bonnie for the link)