Creationists Are Holding a World Religions Conference To Teach Christians How to Fix the Others January 9, 2017 Hemant Mehta

The thought of a World Religions conference where attendees can learn about various beliefs might sound educational… until you realize the speakers are all Creationists and the goal is to teach Christians how to fix everyone else.

That’s what Answers in Genesis will be doing this summer: 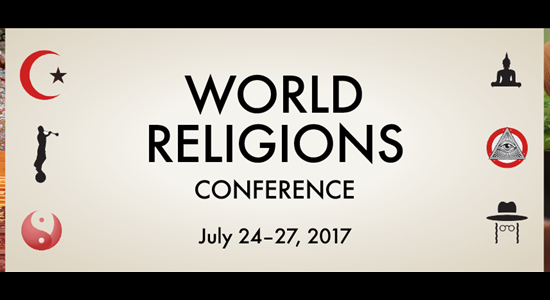 More than ever, Christians need to know what other religions believe and then learn how to reach the lost souls mired in them. This unique conference will reveal the following:

1. How and why so many religions have become so prominent today.

2. Show where they differ from Christianity in various ways such as what they teach about origins and what they believe about having a relationship with God.

It’s not really surprising that Christians want to convert everyone else. That’s part of the package. But it’s entertaining to watch this particular group of men act like their religion is any different from the others.

I suspect every session will sound just like this: “These crazy people believe that their God inspired some other holy book! They pray to that God, too! And they meet every week to worship Him! And they try to tell us we’re wrong! Hahahahahaha. Fools.”

Except for atheism. That session will probably make reference to how those lost souls trust “evidence” and “reason” and “logic” instead of Ken Ham‘s totally legit interpretation of a book that has no basis in reality.

I’m not sure why the conference lasts four days when it could be wrapped up in 10 minutes.

You’ll be pleased to know that they save atheism until the last day. We’re grouped with other heavy hitters like Secular Humanism, Mormonism, Satanism, and Islam. And then, I assume a few days after that, we will all be converted.

January 9, 2017
An Atheist with a Kidney Disease Asks People of Faith to Stop Saying It's Part of God's Plan
Next Post