Netflix’s One Day at a Time Has a Great Episode About a Secular Woman Debating Her Catholic Mother January 8, 2017 Hemant Mehta

On Friday, Netflix released the first season of One Day at a Time, a reboot of the Norman Lear series from the 1970s. This version revolves around a Cuban-American family with a liberal mother Penelope (played by Justina Machado) and her own mother Lydia (Rita Moreno). Their conflicts, as you might expect with a series that has Lear’s name attached to it, sound a lot like the ones Archie Bunker used to have with Mike Stivic.

You should especially watch episode 3, in which Penelope, who rarely gets free time to spend with her children, says she wants to go hiking with the family on a Sunday. Lydia says that’s not going to happen because Sunday is when they go to Church.

Who gets to decide what they do, especially when they’re all living under the same roof? It’s a conflict a lot of atheists have had and a lot of the arguments will sound all too familiar. 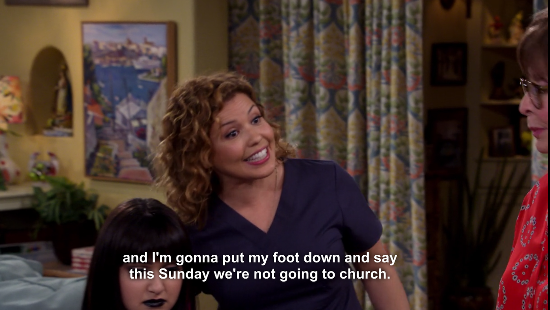 Here are some excerpts from the episode:

Penelope: How about we go on a hike Sunday morning before it gets hot?

Lydia: You seem to have forgot. Sunday morning is for Church.

Penelope: So, we skip Church.

Lydia: You seem to have forgot. We don’t skip Church.

Penelope: I wanna see these guys this weekend. Come on. ‘Cause I like them!

Lydia: No, no. I have to put my foot down. Sundays, we go to Church. And then, sometimes, we go to Applebees.

Penelope: Well, I have a foot, too, and I’m gonna put my foot down and say this Sunday, we’re not going to Church.

Lydia: Well, I am putting both of my feet down. We are going and that is the end of it. Ya!

Penelope: That’s not your decision to make…

[Daughter] Elena: I’m with mom. We don’t need to go to Church. After all, Abuelita, you don’t even believe half that stuff.

Lydia: I believe everything!

Elena: Really? When you take the communion, you believe you’re eating the actual flesh and blood of Jesus?

Penelope: Okay, so, if you believe that, then you’re Protestant.

Lydia: There is no need for name-calling. All I know is that a good Catholic does not skip Church… We’re going.

Penelope: No, we are not!… This Sunday, no Church. End of discussion… I’m their mother! I don’t need to ask permission! I decide.

Lydia: And I am your mother, and I decide what you decide!

Without giving too much away, the conflict isn’t over, and things get even worse when Penelope admits she may be an atheist. 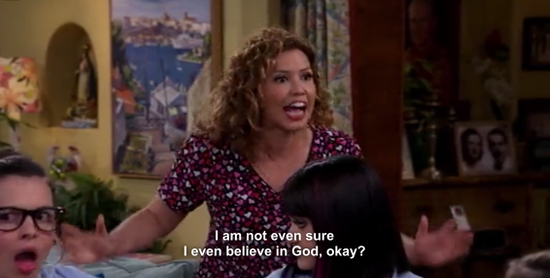 Lydia: So, I guess you want to take my grandchildren to Hell with you.

Penelope: There is no Hell!

Lydia: Don’t worry, papito. There is.

Penelope: Okay! You… you really wanna do this? All right. Let’s do this. I am not even sure I even believe in God, okay?…

Lydia: Oye, you’re so smart. If God doesn’t exist, who made all of this [pointing around the house]?

That’s pretty good dialogue for a sitcom — and Penelope never comes off as cruel or unlikeable for not wanting to go to Church. She comes off as a mother who finds comfort outside of God and puts her family over dogma she doesn’t accept. It’s a theme I hope they continue to explore in the future. (And there’s something of a happy ending to the story, even if neither character gets everything she wants.)

If you liked that episode, you should also check out The Carmichael Show, where a character came out as Agnostic to a very religious family.

And if you want to see a sitcom where the writers did everything wrong, watch the episode of Belle’s where an atheist character was treated like poison by his girlfriend and her father. Unlike both of the other shows, that episode had no redemptive ending. 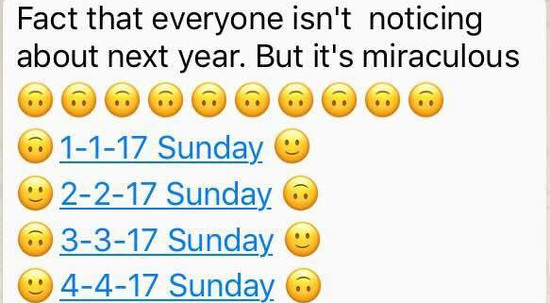 January 8, 2017
The Miraculous "Fact That Everyone Isn't Noticing" About 2017 is an Easily Disprovable Hoax
Next Post