Middle School Bible Club Shut Down in Missouri, But Not for Any of the Right Reasons January 8, 2017 Hemant Mehta

Middle School Bible Club Shut Down in Missouri, But Not for Any of the Right Reasons

The Joplin School District in Missouri has shut down a Bible study that was taking place in a middle school because it violated school board policy that restricted student-initiated groups to high-schoolers.

The end result may be what atheists were fighting for… but for all the wrong reasons.

When the American Humanist Association’s Appignani Humanist Legal Center sent a letter to the District a few weeks ago, their concern wasn’t that middle school students were taking part in Bible study.

It was that a faculty member was bribing students with doughnuts to attend meetings, and clergy members were invited for the weekly events. 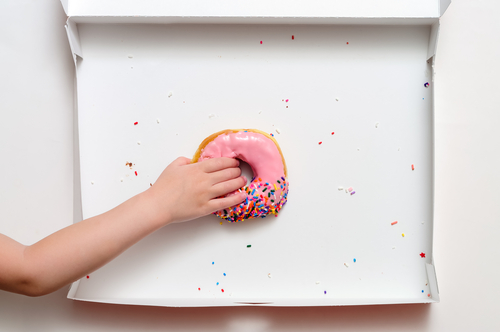 The sessions are held in the auditorium. [A North Middle School] teacher, Mrs. Olsen, along with two to five people from a church, lead the meetings. Mrs. Olsen and/or the church staff stand at the auditorium doors to invite students in under the guise of “free donuts.” Students cannot get the donuts until service is over.

… . Adults (either Mrs. Olsen or church staff) read scripture to the students; this is called a “lesson”… Mrs. Olsen then asked someone to lead the prayers and “talk to Jesus for us” and “pray for us.” She then continued to talk about Advent candles from the previous week, and she also read scripture. One of the men from the church took over for more preaching. A child then closed the session with a prayer.

Those were the problems. Not that middle school students were gathering to study the Bible.

By shutting down the club, the District gets to avoid a lawsuit from the Humanist group while also letting readers wrongly believe that atheists were responsible for shutting down an otherwise-legal Bible club.

Just check out the comments on a local news website. There’s virtually no mention of the doughnuts luring in students, the faculty member running the club, or the outside preachers invited into the school to lead the prayers. Those were the problems and not a single one of them has been addressed.

It’s unclear how the AHA will respond to this unusual action by the board. As of Friday, they hadn’t said anything because the school hadn’t sent them an official response.

January 8, 2017
Kentucky Woman Arrested After Allegedly Assaulting Disabled Man Who Joked About Being an Atheist
Next Post